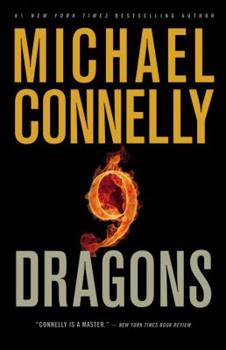 After what seems like a routine murder investigation, LAPD Detective Harry Bosch finds himself in Hong Kong facing the highest-stakes case of his life: bringing his kidnapped daughter home. Fortune Liquors is a small shop in a tough South L.A. neighborhood, a store Bosch has known for years. The murder of John Li, the store's owner, hits Bosch hard, and he promises Li's family that he'll find the killer. The world Bosch steps into next is unknown...

Published by Thriftbooks.com User , 11 years ago
I should begin my review by saying I was a State Police officer for 23 years, worked an additional 18 years heading up the fraud investigation unit for a major insurance company and am an attorney. I mention these things only to establish that I have a reasonably good understanding of how investigations are conducted, the workings of the criminal justice system, the internal politics of law enforcement organizations and how police officers think and interact. I have never watched an entire episode of CSI or NYPD Blue (even though they are some of my wife's favorites) because although they are entertaining, they have very little in common with the how things really are. I liked much of Joseph Wambaugh's early work, as well as his recent "Hollywood Station" series, but I enjoy Harry Bosch and Mickey Haller even more. John Grisham is a great story-teller, Michael Connelly is better. I have read every one of Michael Connelly's novels and marvel at the fact that he really gets it. His characters are real, his plots fascinating and he leaves you wanting more at the conclusion of each story. His latest work, "Nine Dragons" is excellent. It may well be his best work yet, but I seem to think that after every story. There was a time, part way through this book when I thought it was getting a little far-fetched, but it turned out to be a very believable scenario. Being so familiar with his prior work and writing style, I am constantly trying to anticipate the surprises that always occur in his novels. Nine Dragons blindsided me several times. I have recommended the Michael Connelly books to a number of my friends and they are now addicted. The only problem is that once you've read all of his works, you find yourself being very impatient for his next creation.

Harry Bosch Made My Day!

Published by Thriftbooks.com User , 12 years ago
I was eagerly anticipating the release of this latest installment in the Harry Bosch series, by Michael Connelly. I was fortunate enough to get an advanced reader's copy, and read the entire book in record time. In fact, when I was riding around town doing errands, people would stop me and ask "where did you get the new Connelly book?!!" I was afraid I would be held up for it....give me the book or else! Luckily, I retained the book long enough to finish it, in between bites of lunch, standing in line at the Post Office, and then finally returning home, to shut out the world and enter the universe that Harry lives in... This story reveals a Harry Bosch that I have only seen glimpses of in previous entries..I got to get inside Harry's head, and know everything that he was thinking and feeling... The book opens in the squad room of the Special Cases Homicide bureau. Harry and his partner, a guy recently returned to work after an on the job shooting injury, are almost ready to go off shift, and Harry is hoping for a new case before they check out to go home. His partner isn't, as he is still having some PTSD (post traumatic stress disorder) and he has a new baby at home and a wife desparate for some adult intervention. The case seems pretty open and shut; the owner of a liquor store is murdered in an apparent robbery. But, much to the dismay of Harry's partner, this case blows wide open, thanks to Harry, and exposes the underbelly of the Chinese Triad mafia. From Los Angeles to Hong Kong, this story will keep you on the edge of your seat, and take you on an emotional rollercoaster ride. And, if Harry survives this, his life will be permanently changed. You'll have to read the book to find out if he does, because I'm not giving it up!

Outstanding in every way!

Published by Thriftbooks.com User , 12 years ago
I've long been a Connelly fan, especially of the Harry Bosch series. But I have to tell you, Connelly's surpassed himself with this one. As I've thought about it, I think this may well be the best Bosch book ever. I won't rehash the whole story line here, as you can see that in the two other member reviews already up, and on the product page. Instead, I'd like to focus on why I've made such a grandiose statement. The Bosch series is long-running and deservedly very successful. Of course, it's had its ups and downs; all series do. But Bosch is an iconic character from the Clint Eastwood mold of Dirty Harry and the Sergio Leone spaghetti Westerns: the loner who battles through any obstacles to see right prevail and justice triumph, even if he has to break the rules. Eastwood's made a career of this, as has Connelly. That's a good thing. I like that kind of entertainment, as do a whole lot of other people, obviously. However, in this book Connelly breaks new ground for the character, exploring an emotional vulnerability - his love for his daughter, and how it animates him - that we haven't seen before. It's the driving force of the story, and to continue the Eastwood analogy, it's the same variance on a "trademark" character we saw Eastwood explore in some of his amazing later works like "Unforgiven", "Million Dollar Baby", and "Gran Torino". Connelly also takes Bosch into an exotic and fascinating new locale: Hong Kong. This is really a treat, and he does it very well. I'd have liked to have seen even more of his take on the area, as I know it well, having been there many times, but take it from me: what you do see is a really accurate portrayal of one of the world's truly unique locales. The story moves forward in a very driving yet well-disciplined fashion; very exciting; intellectually stimulating, and well- and throroughly-plotted. Six stars! But I guess I'll have to settle for five.

Published by Thriftbooks.com User , 12 years ago
After disappointing Harry Bosch tales (The Overlook, The Brass Dragon) Connelly has brought back the Harry that hooked me in the earlier tales. Harry is still back in homicide (no closer duty for him) and during a slow night he is asked to investigate a shooting in a "rougher" section of LA. Harry and his partner (Ferras) grudgingly take the assignment and learn that a convenience store owner was murdered in his store. The case draws Harry's interest because he remembers the store and that the owner was once kind to him several years earlier. He assures the owner's son that he will catch the culprit. As Harry starts to realize that this might not have been a routine robbery but a possible execution by a Triad hitman. Harry starts to zero in on a suspect and then receives a threatening call to tell him to back off. Harry shrugs it off and continues but then his investigation stalls when he receives a video showing that his daughter (Maddy) being kidnapped in Hong Kong. He rushes off to save her realizing that if he is not back by the end of the weekend a possible suspect in the shooting will be set free. It is a tense plane ride to Hong Kong and Harry feels powerless because there is nothing he can do in the air. When he gets to Hong Kong he is aided by his ex-wife (Eleanor Wish) and her boyfriend. Harry has limited clues but through very good forensic science he was able to possibly know where to look for Maddy. It becomes a race to find Maddy because any delay could mean that she might already be dead. The tension of the chase is so tense you can cut it with a knife and the "determined " Harry definitely shows through. There is one sequence at a boat where the action is pulse pounding and the tension rife. The book also has a short but excellent appearance by Mickey Haller (the Lincoln Lawyer and Harry's half brother) and there are references to Jack McEvoy (Connelly's other main character). As long as Mr. Connelly can deliver Harry Bosch tales of this caliber, Harry will continue to be one of the most intriguing law enforcement figures in fiction today!
Copyright © 2020 Thriftbooks.com Terms of Use | Privacy Policy | Do Not Sell My Personal Information | Accessibility Statement
ThriftBooks® and the ThriftBooks® logo are registered trademarks of Thrift Books Global, LLC