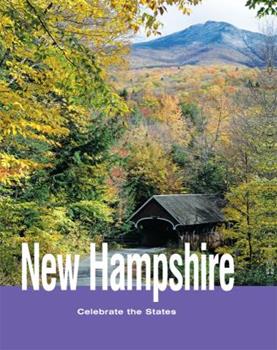 (Part of the Celebrate the States Series)

Celebrating the state of New Hampshire, a beautiful state with memorable landmarks

Published by Thriftbooks.com User , 15 years ago
Of course the most memorable landmark in the beautiful state of New Hampshire is no longer around. During the night of May 3, 2003, the Old Man of the Mountain slipped off of his perch on the side of Cannon Mountain. The five granite ledges that made up the natural stone formation had been held in place by steel cables and turnbuckles, but the effects of erosion finally claimed the chief symbol of the state of New Hampshire, now immortalized on the back of the state quarter and probably millions of photographs. A newspaper account of the Old Man of the Mountain represents the memorable landmarks that Steven Otfinoski lists among the sundry quotes in this book's introduction that talk about "What New Hampshire Is..." There you will find P.T. Barnum, Stephen Vincent Benet, and Robert Frost talking about the state. Then Otfinoski gets on to celebrate the oldest state that is also one of the most modern in six chapters devoted to basic topics. (1) The Lay of the Land, looks at the geography of this New England state, and while it does not devote specific sections to each geological region as some other series devoted to the states do it does lay them out and cover climate, big trees, wild animals, and the state's pollution problems. Sidebars are devoted to key topics such as Mount Washington and Dealing with Deer, another ecological concern. (2) A Proud Past begins with Thomas Hill's painting of Crawford Notch and then gets into the original inhabitants and early explorers of the region. The emphasis is a bit more on how the third British colony in the New World became a state, providing a quick survey of New Hampshire's history in the 20th century. One of the signatures of the Celebrate the States series is that you will find music and lyrics for a could of songs in each volume and in this chapter we have "The Old Granite State," which the Singing Hutchinson Family of New Hampshire used to open their concerts of anti-slavery songs from the 1840s through the Civil War (e.g., "Yes, we're friends of Emancipation, And we'll sing the Proclamation"). (3) The Democratic Way, combines a look at the state government and the 221 "little republics" as the state's towns are often referred to, with a look at the modern economy that has earned the state the nickname of "Nouvelle Hampshire." The uniqueness of the state in have neither a state income tax or general sales tax, in being the site of the first presidential primary, and being the only state not to have public kindergarten for all five-year-olds are highlighted. (4) Natives and Transplants looks at the uniform population of the state, touching on education, religion, and some of the things they do. The book's recipe appears in this chapter and while Otfinoski says, "Don't knock it till you've tried it," I will pass on the idea of pumpkin milk shakes. (5) Notable New Hampshirites highlights one of the strengths of this series, which is providing young students will details about famous pe
Copyright © 2020 Thriftbooks.com Terms of Use | Privacy Policy | Do Not Sell My Personal Information | Accessibility Statement
ThriftBooks® and the ThriftBooks® logo are registered trademarks of Thrift Books Global, LLC