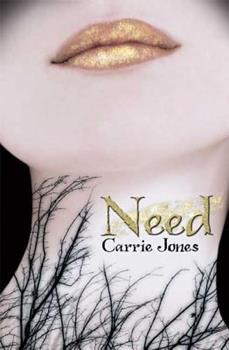 Zara collects phobias the way other high school girls collect facebook friends. Little wonder, since she's had a pretty rough life. Her father left when she was a baby, and her stepfather just died. Her mother's pretty much checked out - in fact, Mom's sent her to live with her grandmother in cold and sleepy Maine to "keep Zara safe." Whatever that means. Zara doesn't think she's in danger; she thinks her mother just can't deal. Zara's wrong. The...

Published by Katherine , 5 months ago
Whatever standards the other reviewers have for this book are, I wish I could have some of that. This book was awful, and it makes me wonder why my writer friends, who are infinitely more talented than this, can't get published. It could've been cut down by AT LEAST 100 pages. The main character is incredibly stupid, legit. The pacing is off. There are too many (poorly written) characters. Not to mention the language is off. "My voice gentles at him..." "...his banana-long face." "the lettuce flutters down." Like what even is that???

Published by Thriftbooks.com User , 12 years ago
I really did devour this book, just like the book trailer said. It was a fun, fast paced read. I'm very much looking forward to the sequel to see what happens next. The twists and turns this story takes makes it exciting and fun to read. There were even a couple parts that literally had me scared, it gave me chills! A lot of reviewers are comparing Need with Twilight, and I agree with the comparisons. It is very similar to Twilight in several ways, however, it *is* it's own story. And a good one. Better than Twilight, in my opinion. Zara is a much better and definitely more developed heroine than Bella. As a reader, you're sure to like Zara and everything she stands for. Our hero, Nick, is also a more realistic character than Edward ever was, and he has his flaws. Despite that I'm comparing Need to Twilight, I don't think it deserves to be compared (it's just bound to be) and I do think it deserves more praise. That said, there were two minor flaws that irked me a little bit about Need. The first being that there were a couple plot holes, a couple things that didn't make sense or add up. Some readers might not even notice them: (SPOILERS AHEAD!) One that stuck out to me was why the King couldn't just fly over the iron ring. Maybe there was some reason, but whatever it was it was never explained and Zara never pondered it either when coming up with her plan so it left me wondering. Some characters knew a lot one moment but the next moment they weren't sure what was going on... sorta seemed like they knew what they needed to know when it was convenient to the story to have them know it. There were other little things, such as the fact that if someone has a bone break and come through the skin they *have* to have surgery to prevent an infection. No surgery was mentioned in the book, and it's a little goof anyway probably most people don't know that. Still. I do. (END SPOILERS) The second thing that irked me just a tad was the incredibly frequent use of the curse word "Jesus". I realize a huge population of our country doesn't find offense to that, but there are many many Christians out there who are bothered by it. I cringed every time one of the characters shouted it out (and it was the ONLY curse word used in the book, lame!)If you're going to use a curse word, Carrie Jones, use one that doesn't offend someone's religious beliefs please. (Why not also have them shout out "Mohammad!" here and there if it's ok? Oh, but wait, that would offend people...) Agree with Christianity or not, you don't have to offend us. And a good book doesn't have to have curse words anyway, I think a lot of authors make this sort of immature mistake. But overall, I would definitely recommend this book. In my opinion, books like Twilight and Wicked Lovely can't hold a candle to Need. I'm very much looking forward to the sequel.

Published by Thriftbooks.com User , 12 years ago
In none of the time it took to read this book did I ever think it copied Twilight in the least bit. For those who believe so, try reading more paranormal fantasies and then make a judgement - Almost every single YA romance book has the same plot as Twilight or something similar. As for the book itself, I found Zara to be a lovable character - yet stupid at times. The connection between her and Nick was definitely something I looked forward to reading...There were a few holes that were left unanswered but lets cross our fingers for a sequel! I was able to get into the book very easily and actually felt scared a few times... Of pixies!! So - I'll place this book back on my bookshelf, wait a few months and pick it back up again. It was a good read and I'll do it again

Published by Thriftbooks.com User , 12 years ago
Zara White lives in Charleston with her mother and stepfather. She loves running, is very active in Amnesty International and trying to save the world, and is a phobia buff; she knows each and every phobia by name, and even comes up with some that should have names. And then Zara's world falls apart --- her beloved dad dies from a heart attack. After months of deep depression, Zara's desperate mom decides to send her up to Maine to live with her grandmother, which makes Zara very angry. Maine is frigidly cold with howling winds and lots of snow --- not the ideal for a southern gal. Slowly, though, with a few new friends and even a boyfriend prospect in handsome loner Nick, Zara begins to find her smile again. But that's not all she finds. She first notices the eerie dark man outside her house the day her dad died. She sees him again at the airport, and then at her new school, and hears a voice calling her name. Two boys from school disappear. There is no way to prepare for what Zara is about to encounter. The evil being is the Pixie King, and he needs a queen. Zara and her friends do research and find that weres (werewolves and the like) are the natural enemy for pixies. And as luck would have it, this frigid Maine town has a handful of weres in the population as well. Zara and her friends begin the fight of their lives, and in the process uncover some deep family secrets that will forever change their world. She strives to save strangers with her volunteer work for Amnesty International, but will she be able to save herself and the ones she loves? Carrie Jones brings readers an exciting venture filled with nasty evil creatures, nail-biting action and heart-pounding romance. She writes with an intense energy that electrifies each page and has a talent for description that brings the story to life (like Maine's charming winter). She has cleverly planned a prolific plot, building suspense and conflict, and revealing many hidden surprises and twists at just the right moment. Her vibrant characters thrive with life, especially Zara, who shares her entire self (including her hopes and fears) with readers. Zara also has a unique way of viewing life and the things around her: "There is something about libraries, old libraries, that makes them seem almost sacred. There's a smell of paper and must and binding stuff. It's like all the books are fighting against decay, against turning into dust, and at the same time fighting for attention." NEED is an intense page-turner, sure to captivate young audiences with its charms and thrills. --- Reviewed by Chris Shanley-Dillman

Published by Thriftbooks.com User , 12 years ago
I am almost thirty and still really enjoyed reading this YA book. I have ended up just skimming through plenty of books of the same genre due to boredom. This was definitely not one of those books. I was fully interested from beginning to end. The characters are well developed and have believable relationships. The plot is predictable but still good. It does not have any vampires in it but does have shape shifters and pixies. If you enjoyed reading Wicked Lovely, which I did, you will probably like this book, too. Both books have similarities, but Need is not a rip-off. Another book I recommend is Evernight, which does have vampires.

You Need to read it.

Published by Thriftbooks.com User , 12 years ago
The main thing that attracts my attention is the title of the books. When i started reading the first chapter i was hooked. It reminded me so much of Twilight, it isnt exactly like it and for that i am thankful but it was like it enough for me to like it automatically. i have never read any of carrie's book but if they are anything like Need i will. Zara is a funny character that you cant help but like. The fact that phobias was in the story line was a plus, sometimes a funy plus. and it makes you think everything has a name all fears do, well maybe not all... i look forward to reading more of her books.
Copyright © 2020 Thriftbooks.com Terms of Use | Privacy Policy | Do Not Sell My Personal Information | Accessibility Statement
ThriftBooks® and the ThriftBooks® logo are registered trademarks of Thrift Books Global, LLC