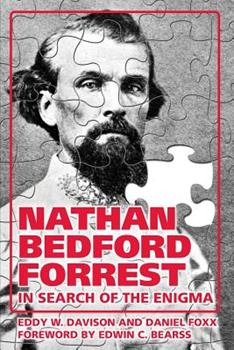 Nathan Bedford Forrest: In Search of the Enigma

This is the story of the Confederate cavalry leader that Shelby Foote called one of the authentic geniuses produced by the American Civil War. Grant said that Forrest was the only Confederate cavalry leader he feared, and Sherman wanted him killed even if doing so broke the Federal treasury. Still, he remains an enigma, and this biography delves into the man behind the questions.