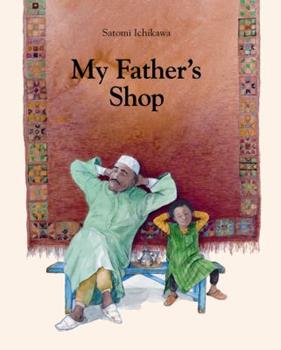 There is a rug in his fathers shop that Mustafa loves. (It has a hole in it, so you can put it over your head and still see out.) No one else wants the rug, though lots of tourists visit the shop. His father always welcomes them"Bienvenue"and offers them tea"O cha wa ikaga desu ka?" Mustafas father would like him to know some words in other languages too, and he tells Mustafa that he may have the rug if he agrees to learn. But after the first lesson,...

How does the rooster say it?

Published by Thriftbooks.com User , 13 years ago
How does the rooster say it? In Morocco:Kho Kho Hou Houuu! In France: Co-co-ri-co! In Spain: Qui-qui-ri-qui! In England: Cock-a-doodle-doo! In Japan: Koke-ko-kooo! There you have it. Five expressions of a rooster's greeting in one children's book. But wait! There's more in "My Father's Shop!" This is a true multicultural story of the intermingling of five cultural groups, albeit short, but delightfully inspiring! The illustrator/writer Satomi Ichikawa is Japanese by birth and French citizen by choice. She sets her story in Morocco in a bazaar of various tradespeople, including the carpet shop, site of our story. Mustafa is the small boy, learning the trade of his father, who is quite proud of the carpets he sells. And he should be! They are bright, richly colored, finely woven, and eye-candy beautiful. When Mustafa finds a carpet with a hole in the center, he begs his father to let him have it. With this disguise over his head, Mustafa heads out into the thriving marketplace where a rooster wearing the same intense colors as the carpet flocks to Mustafa. Then the interaction with tourists and rooster languages take place. Everyone is friendly, but why wouldn't they be? Some are tourists by choice, others are tradesmen who make their living selling to everyone. But the spirit of community is so obvious. One of the great customs of North Africa is tea drinking with a slant. Arabs drink a strong, sweetened mint tea in narrow glasses about three inches high. It is unique and delicious. Mustafa's father shares a glass of tea with customers who buy his carpets. When Mustafa returns home to tell his papa about rooster languages, he brings with him all the tourists who happily enter the carpet shop. They will have stories to tell when they return home! "My Father's Shop" is not profound, but it certainly delivers the goods! Children will love it!

Who will buy my sweet fat roses? Two blooms for a penny.

Published by Thriftbooks.com User , 15 years ago
No matter what your culture, creed, or standard of living, there is one creature in this world that draws universal ire and attention. The tourist. Many of us find ourselves becoming that dreaded beast at least once in our lifetimes, but there aren't that many picture books that go so far as to comment on them. Enter in, "My Father's Shop", by Satomi Ichikawa. Written by a Japanese born Parisian resident about a Moroccan bazaar, this is one of those international picture books with particularly good credentials. It's even nicer that the story is an interesting one as well. Mustafa spends the day working in his father's carpet shop. Because of the nature of his job (a Moroccan marketplace) Mustafa's dad must know a variety of different languages with which to communicate with tourists. One day, the boy finds a rug with a big hole in the center. When Mustafa pleads to keep it for his very own, his father agrees but on the condition that his son learn some foreign phrases. This lasts for a little while, but the boy quickly becomes bored and shoots off into the nearby marketplace. There he finds himself followed by a rooster. Suddenly all the tourists and locals are telling the boy what their culture teaches that the rooster says. In England it's "Cock-a-doodle-doo", while in Spain it's, "Qui-qui-ri-qui". Mustafa runs home to tell his father all about the many languages he's learned and inadvertently leads the tourists to his father's stall where they do some mighty fine business. On the bookflap we learn that author/illustrator Satomi Ichikawa, "never attended art school". Remarkable? That doesn't even begin to cover it. In terms of basic drawing skills the book's sheer variety of rugs, including countless different patterns, colors, and weaves, is enough to take your breath away. Even if you've never felt inclined towards even buying a rug, you might not mind giving Mustafa's dad some business. She's also particularly good at the visual gag. When Mustafa walks out into the wider world with his new rug draped over his head, part of the reason the rooster starts following him probably has to do with the fact that the bird is the exact same bright yellow and green colors as the rug. But while Ichikawa is good at your average floor covering, she's just as adept at people. The characters in "My Father's Shop" practically leap off of the pages. Kids reading this book will be able to locate each additional character from page to page. The closest picture book I've seen that even comes close to rivaling this kind of sheer character driven market/crowd scenes would have to be Trina Schart Hyman's illustrations for, "The Fortune Tellers". Actually, the two books would probably pair together rather well too. The writing, for the most part, is not bad. Oddly, I was unable to locate the name of the translator. This book, you see, was originally published in France. Whoever did the translating, therefore, did a passable if not e

Published by Thriftbooks.com User , 16 years ago
Mustafa's favorite place in Morocco is his father's shop, where he loves the world of colors, fabrics and languages - but a small boy can find one packed shop too intense, and a stroll through the local marketplace brings variety with more encounters with people. Here Mustafa learns how to welcome tourists and others in their native languages - and it's here that a father's lessons can come to life with encounters which lend to their use.

My Father's Shop Mentions in Our Blog 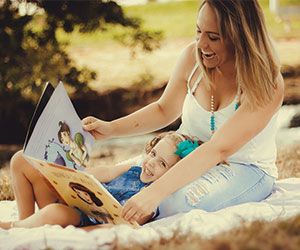