(Book #1 in the My Father's Dragon Series)

My Father's Dragon is a children's novel by Ruth Stiles Gannett about a young boy, Elmer Elevator, who runs away to Wild Island to rescue a baby Dragon. The narrative mode is unusual, in that the... This description may be from another edition of this product.

The Start of a Fun Series

Published by Thriftbooks.com User , 20 years ago
MY FATHER'S DRAGON tells the story of Elmer Elevator. When he hears the plight of a baby dragon captured and enslaved by the residents of Wild Island, he leaves home to free the animal. Armed only with gum, lollipops, magnifying glasses, hair ribbons, and other such items, he sets out. But will this be enough to face lions, tigers, gorillas, and crocodiles?This is a fun early reader chapter book. The chapters are the perfect length to hook the beginning reader. The story is imaginative, delightful, and downright funny in spots while still being simple enough for young kids to follow. I reread it recently for the first time in years and was surprised at how short and simple it really was. When I was a boy, it seemed much longer and more complicated. There are numerous drawings that wonderfully highlight some of the funnier parts of the story. Adults should enjoy it just as much as their kids.Readers of this book will want to get the other two in the series and read the further adventures of Elmer. This is a series that will be enjoyed for generations to come.

Published by Thriftbooks.com User , 21 years ago
This was the first chapter book I read to my son, when he was 4, and I couldn't have found a better choice. The story is simple and easy to follow — a nine-year-old boy saves an enslaved baby dragon and then flies home on the dragon's back. The book's language is simple and direct. And there's a black and white drawing on almost every other page, which is perfect, because most young children still need a picture to look at while they're listening. The best thing about the book for me was that even though there's plenty of action (mostly involving the little boy outsmarting a series of wild animals in order to reach the dragon), there's nothing the least bit scary here. That was very important to me as the mother of a four-year-old. The book was written in the forties, and it has a sweet, gentle, old-fashioned quality that it's hard to find in any form of entertainment for young children today. (Even Disney is too intense for a lot of four-year-olds.) It has the kind of innocence most of us would like our children to be able to hang on to for a few years.My son loved the book so much we read it over and over again, and went on to read the other two books in the series (Elmer and the Dragon and The Dragons of Blueland) many times as well.Years later, when he was in third grade, his teacher mentioned to me that she was hunting for a chapter book to read to the class, but wasn't having much luck. Everything she looked at seemed beyond the attention span of many of the kids in her class. I told her about My Father's Dragon, but I also said it probably wasn't exciting enough to hold the attention of third graders. But she tried it anyway, and later told me that kids who had never shown any interest in books were reminding her every day to read another chapter. She, too, went on to read the whole series.It's a great introduction to chapter books. More important, it's a lovely, gentle book to share with a child.

Published by Thriftbooks.com User , 21 years ago
I've been expecting my seven year old son to become, like the rest of the world, an addict of the Harry Potter books, but no dice. Instead, he came home from his multi-age class rhapsodizing about a book I had never heard of...My Father's Dragon. And although I haven't read it (yet), I can tell you for sure what happens in the first five chapters, because my son tells us all with such verve and enthusiasim about the adventures that take place there! How the narrator's father gets out of the tigers, and builds a bridge with the crocodiles are two of his favorite parts, and the words "Bome Cack! Bome Cack!! have entered our vocabularies probably forever.I think the three books in this series will be entering our household at Christmas time, and I can't wait to read them myself!

It is still a great book

Published by Thriftbooks.com User , 22 years ago
I read this book for the first time in 3rd grade. It is a book I reread every year to remember the ability of a great book to take you away. I am now 25 and have to replace the 3rd copy of the book, as it gets so much wear. A wonderful and timeless book for children

Just as fun now as then!

Published by Thriftbooks.com User , 23 years ago
Before I could read, my mother must have read this story to me a hundred times (at my request, no insistance)! I loved this book - it's such an imaginative, upbeat, and entertaining story. I just bought a copy for my great-neices who are 9 and 6 years old. I'm sure they will love all three dragon stories as much as I did (and still do).

My Father's Dragon Mentions in Our Blog 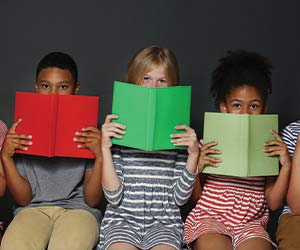