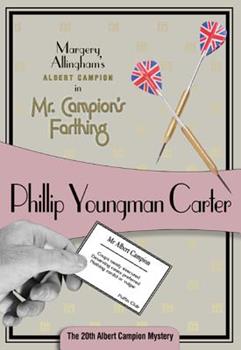 Inglewood Turrets, in the north of London, is the sort of faux-Victorian-genteel hotel that pays homage to a past that never really existed. But the tourists love it. Or some of them do. Vassily Kopeck (code-name: "Farthing"), a Russian diplomat, has disappeared after a trip to the Turrets, and Mr. Campion has been asked to sort out the situation. It's a challenge, but he has an able assistant: Young Rupert Campion, making his debut appearance!