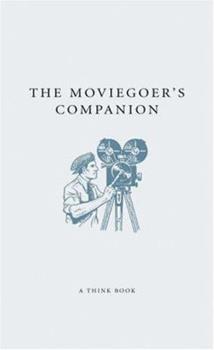 (Part of the Companion Series)

How many times has James Bond been told he s going to die? In which film did the co-star get eaten by hungry pigs? Which director gave his audiences an extra fright by making their seats vibrate? Was The Madness of King George III really renamed The Madness of King George so that American audiences didn t think they had missed the first two installments? And who shot a 90-minute movie in one take? If you have a burning desire to know the answers to...

Published by Thriftbooks.com User , 16 years ago
This slim volume comprises surprising substance and lots of variety. For example, it has loads of surveys from film magazines and institutes (Hollywood's ten funniest films, ten most passionate films, ten scariest monsters, etc.). These are fun for sharing with friends as they are eternally debatable. Why isn't Godzilla on the scariest list of monsters? How does your list of screen villains match up with that of the American Film Institute? It has excerpts from actors' memoirs, filmgoers' memoirs, and film moments in literary works. A favorite among these is the excerpt from Alec Guinness's memoir in which he tries to dissuade a young Star Wars aficionado from future viewings of the (then) space trilogy. It has humorous lists, such as how to survive a horror movie: "12. Slap the screaming hysterical girl, she will be the one to distract everyone when there really is danger." Or the ten things learnt from the movies, such as "4. When foreigners are alone they speak English to each other," and "8. All bombs constructed by madmen have a large red display of the time left before they explode." And there are bits of real information, such as a description of the Dogme 95 film movement and a glossary of terms like "best boy" and "gaffer." The book would benefit from an index, but that's my only complaint. This is a great bathroom book (to read in bits) or car book (to inspire conversation). Note for those who care about this sort of thing: of the 150 pages of entries, there are a couple that deal with the pornographic film industry.
Trustpilot
Copyright © 2022 Thriftbooks.com Terms of Use | Privacy Policy | Do Not Sell My Personal Information | Accessibility Statement
ThriftBooks® and the ThriftBooks® logo are registered trademarks of Thrift Books Global, LLC