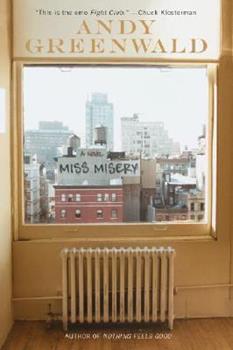 David Gould is a young journalist in Brooklyn under contract to write True Fiction, a book about teenagers' addiction to blogs (online diaries). He's never written a book, never kept a diary and, worse yet, is suffering a career-killing case of writer's block. Entranced by the hyper-real lives of young bloggers and their diaries' subtle promises of romance and adventure, David stars his own fiction blog: online he's not a lonely writer, he's a notorious...

A Book About NOW!

Published by Thriftbooks.com User , 14 years ago
Being a 30 year old female, eclectic and trendy, living in chicago, a Columbia College Chicago Graduate (art school), and though i didn't pursue a creative job for long and presently work as a sales rep. for advertising.....I LOVED THIS BOOK! I completey got it and think it totally fits today! I know people just getting out of art school/college, and this book seemed to be a believable model of the emo/creative era/culture/age group/life style of now. I couldn't put it down, it was real to me, I got in to the characters. Their attitudes were on, and I loved Greenwald's writing style. I was bummed when it was over, and i did hope for a different ending...I mean, who cares about the boring a$$ girlfriend who left, Cath (Miss Misery) was soooo much cooler! The doppelganger (spelled right?) thing was different, but made for an interesting topic. I recommend reading this if you love this kind of scene. Definitely a fun read.

Published by Thriftbooks.com User , 16 years ago
Andy Greenwald's first book, "Nothing Feels Good: Punk Rock, Teenagers, and Emo," may have been a great work of non-fiction, but this ode to "emo" bands, such as Dashboard Confessional and The Promise Ring, does not compare to his first fiction novel, "Miss Misery." Previous to writing books, he wrote articles for "Spin" and still contributes to the magazine as a senior writer. Greenwald's protagonist, David Gould, faces the problems most twentysomethings usually do, such as paying rent on his Brooklyn apartment and trying to get over his long term girlfriend, Amy, who recently moved to Europe for work. However, he soon realizes that his mundane problems are not as bad as they seem when a mysterious doppelganger succeeds in stealing his identity, a teenage girl from Salt Lake City flies to his New York City home to escape her Mormon parents, and Gould himself falls in love, or possibly lust, with Cath Kennedy (aka: Miss Misery). It may seem like the typical story of two people meeting online, meeting in person, and falling in love, but "Miss Misery" is so much more. Cath is not actually sure whether she is in love with David. Being the only person who knows that Gould and his impersonator are two entirely different people, she cannot decide which one she likes more. Although the real Gould is a nice person, he's a bit too boring for Cath and she tends to favor the DJ-ing, coke-snorting, partying "David #2." Just when Gould has had enough of his own problems, Ashleigh, a seventeen-year-old girl from Utah, drops in with her typical adolescent troubles. After she coerces David into flying into Sake Lake for a few hours to see her reputedly horrible surroundings, he realizes that she does have a few things to complain about, but not enough to run away from home. He then convinces her stay in Utah and deal with her overbearing parents until college. Including a list for the perfect mix CD, as well as song titles name-dropped throughout the book; "Miss Misery" comes complete with a taxi cab chase to the airport, parties at underground clubs in Manhattan, and journal entries made by characters across the country and beyond. (By the way, I'm not actually a "kid under 13 years old" & anyone under 13 should DEFINITELY NOT read this book.)

Published by Thriftbooks.com User , 16 years ago
Just as I said, good book, but better soundtrack. And these are just the songs that were referenced throughout the book (in order). This doesn't include all the other name-dropping of bands (I have a list of those as well). Only song that I left off was Tommy Tutone's "867-5309" because one, it didn't fit well between Buckingham's "Trouble" and "Miss Misery" and two, I could fit them all on to three CDs if I cut one song. Here they are: Track Title Artist 1 A Lack Of Color Death Cab For Cutie 2 The Good That Won't Come Out Rilo Kiley 3 To Wish Impossible Things The Cure 4 A New Name For Everything The Weakerthans 5 The Swiss Army Romance Dashboard Confessional 6 Loss Leaders Spoon 7 On To You The Constantines 8 Banquet Bloc Party 9 Evil Interpol 10 Monday-Paracetamol Ulrich Schnauss 11 Gloriuos Adorable 12 Lips Like Sugar Echo & The Bunnymen 13 We Will Become Silhouettes The Postal Service 14 Perfect Skin Lloyd Cole 15 Bonus Mosh, pt. II Taking Back Sunday 16 You're So Last Summer Taking Back Sunday 17 The Metro Berlin 18 Carve Your Heart Out Yourself Dashboard Confessional 19 Still In Love Song The Stills 20 NYC Interpol 21 Some Girls Are Bigger Than Others The Smiths 22 Dream Police Cheap Trick 23 Not That Funny Fleetwood Mac 24 Charlotte Sometimes The Cure 25 Reptilia The Strokes 26 The 15th Wire 27 Miss Lucifer Primal Scream 28 Burning Photographs Ryan Adams 29 Coney Island Death Cab For Cutie 30 Tidal Wave Longwave 31 Victim Of The Crime Phoenix 32 Stephanie Says The Velvet Underground 33 Jacqueline Franz Ferdinand 34 Shattered The Rolling Stones 35 Beating Heart Baby Head Automatica 36 Temptation New Order 37 She's Hearing Voices Bloc Party 38 This Is Our Emergency Pretty Girls Make Graves 39 Mystery Achievement Pretenders 40 The Trial Of The Century The French Kicks 41 The Two Sides Of Monsieur Valentine Spoon 42 I Know I'm Not Wrong Fleetwood Mac 43 Cinnamon The Long Winters 44 Head Full Of Steam The Go-Betweens 45 If You Knew Her As I Know Her The Mendoza Line 46 July, July! The Decemberists 47 Fourth Of July Galaxie 500 48 There's A Glory In Your Story Idlewild 49 Sympathy The Get Up Kids 50 Y Control Yeah Yeah Yeahs 51 Ladyflash The Go! Team 52 Calm Before The Storm The Bats 53 Look Up The Stars 54 2 Far Dizzee Rascal (feat. Wiley) 55 This Bitter Pill Dashboard Confessional 56 Work Jimmy Eat World 57 Trouble Lindsey Buckingham 58 Miss Misery Elliott

Published by Thriftbooks.com User , 16 years ago
I got an advanced copy of this book on eBay over the summer. Needless to say I was locked in my room for three days finishing it. This book is, given the circumstances of the books protaganist, very imaginative...yet the characters are insanely relatable, in one way or the other. We live in an era where teens basically thrive on the internet, using it as the source to download music, gain access to various types of information, and ever increasingly, spill our heart and soul into Blogs; which author Andy Greenwald takes a creative spin to. I have no idea if any of that makes sense, so bottom line, this is a tremendously good book, and everyone should check it out.

Published by Thriftbooks.com User , 16 years ago
This book takes you into the life of david gould and pulls you into a exciting and fast paced story. it starts where "nothing feels good" left off, and fouses not on the music, but the people that are influenced by the music. it uses instant messages, chat rooms, and journal entries just as NFG did, but it builds each charachter more, allowing the reader to become very attached. I would reccomend this to anyone... one of my favorite books.
Trustpilot
Copyright © 2022 Thriftbooks.com Terms of Use | Privacy Policy | Do Not Sell or Share My Personal Information | Accessibility Statement
ThriftBooks® and the ThriftBooks® logo are registered trademarks of Thrift Books Global, LLC