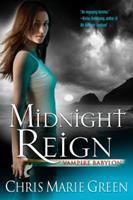 (Book #2 in the Vampire Babylon Series)

Night Rising was only the beginning... Dawn Madison reluctantly came to Los Angeles in search of her missing father and found instead a world of murder and the living dead she never imagined existed. When a new vampire slaying lures Dawn deeper into the underground, her alliances in the sunlit world shift. Now she has only herself to trust and her new found skills as a spunky vampire slayer (Publishers Weekly).

Published by Thriftbooks.com User , 12 years ago
Chris Marie Green has written a great set of stories, thouroughy bringing you into their world. This is a set you don't want to put down until you find out what happens next. Great Read.

This series just gets better and better!!!

Published by Thriftbooks.com User , 14 years ago
I get sick of the same old plots and as soon as you open the book you already know how it ends! Well with this series that is not the case! The first book is slow till about 100 pages in then it picks up, but this book is great from page one! There is not alot of excitement this is a more character building but it is worth it! The author just keeps us guessing and I love it!! Can't wait for book 3 and 4!!!

Published by Thriftbooks.com User , 14 years ago
MIDNIGHT REIGN picks up right where NIGHT RISING left off! Dawn Madison still wants to find her missing father, Frank. The leads have dried up and she is questioning everyone around her. Just who is the mysterious Jonah Limpet? Her two closest allies, Breisi Montoya and Kiko Daniels, are trying to find Frank as well, but Dawn isn't used to having friends or relying on anyone for help. And can Dawn get past the creepy similarities in appearance between her new friend, Jacqueline Ashley, and Dawn's deceased mom, Eva Claremont? A new death occurs... but will it lead to Frank's return and the mysteries of the vampire Underground? Chris Marie Green takes readers deep into the background and lore of her vampires in the second book of this fascinating trilogy. While the first book focused on Dawn's introduction into the world of the vampires, MIDNIGHT REIGN begins to give us glimpses into the history of how the Underground evolved. Where did the Master come from? What is the tie between the Master and Sorin? Chris Marie Green begins answering all these questions... while revealing some startling secrets in the process! Character development is crucial to the success of MIDNIGHT REIGN, and Chris Marie Green does a phenomenal job at creating characters who seem real. Dawn struggles with relationships, stemming back to the issues over her parents. Who can't help but feel her anguish as her safe, comfortable world becomes so unsettled? And as for secondary characters... I just can't get enough of Kiko and Breisi! MIDNIGHT REIGN is by no means your stereotypical vampire story. I have to admit the change of pace caught me off guard at first, but once I settled in, I couldn't stop reading! Chris Marie Green's smooth writing style makes MIDNIGHT REIGN a joy to read. COURTESY OF CK2S KWIPS AND KRITIQUES

Published by Thriftbooks.com User , 14 years ago
Midnight Reign was absolutely fantastic! While Night Rising was wonderful in its own aspects, the second installment was just wonderful. It picks up where everything left off (somewhat) 1 month later. Dawn and the others are tense while they wait for the Underground's next move, but Dawn is still set on finding her father. Plus there's a vampire serial killer on the loose who might lead them to the Underground. Nothing is what it seems in this story. We receive many many many!!! answers to certain events. I don't want to give any of it away, but Dawn discovers the identity of three people and one that is told to us, but not Dawn. For the three of them, only one is a "hidden" identity, they are who they are and Dawn just didn't know it. For the others, they're character has not been seen and suddenly they appear. That's all I'll say there! The bad thing is that I can't seem to say what I want to without giving away any surprises, so I have to be vague. My apologies. Overall a fantastic book with an ending that I honestly didn't see coming. There are many many surprises in store for Dawn and not all of them are good. Countdown to September for the third book in the trilogy! Then comes another mini series so to speak!

Published by Thriftbooks.com User , 14 years ago
She was lured back to Los Angeles because her father is missing, but stuntwoman Dawn Madison became involved with the P.I. firm Jonah Limpett & Associates due to a prophecy. She was there to find and destroy the vampire Underground but she thought Jonah Limpett was crazy until she beheld a child star turned vampire. Now she is part of the team seeking to kill vampires while also searching for her dad. When a woman dies, it looks like a vampire killed her; wannabe star Lee Tomlinson is arrested for the murder. The Master of the Underground and his son, the Sorcerer Vampire Soria, are concerned that this homicide will call attention to their species. When another female is killed in the same manner, the Master devises a plan to lure Lippett out of hiding in order to kill or turn him. While Dawn is dealing with the two murders, she also has to face the fact that the man she is attracted to is besotted by her dead mother Eve Claremont and her best friend Jacqueline Ashley has had surgery to look like Dawn's late mom. Dawn fears both are part of the underground, but Jonah insists they are not and he should know. Chris Marie Green has given her fans an inside look at the underground culture and social class system from the most powerful Elite bitten by the Master to the lowly Guards converted by the Groupies. The murder investigation contains several twists that teach Dawn a key lesson in survival; trust no one as anyone can be an underground slave. Readers will find this fun urban fantasy mystery appealing as Dawn learns life lessons. Harriet Klausner
Trustpilot
Copyright © 2022 Thriftbooks.com Terms of Use | Privacy Policy | Do Not Sell or Share My Personal Information | Accessibility Statement
ThriftBooks® and the ThriftBooks® logo are registered trademarks of Thrift Books Global, LLC