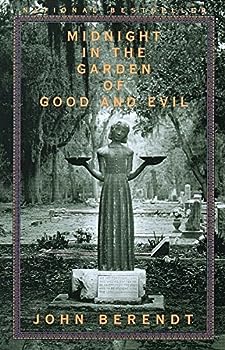 Midnight in the Garden of Good and Evil: A Savannah Story

This description may be from another edition of this product. Shots rang out in Savannah's grandest mansion in the misty, early morning hours of May 2, 1981. Was it murder or self-defense? For nearly a decade, the shooting and its aftermath reverberated...

GREAT book! After a few years I still think about the story line and the characters. GREAT movie as

Published by Avid reader , 2 months ago
I can't understand those who didn't think this book AND the movie were great! I don't know what they thought they were going to read. Perhaps they were expecting instant gratification - such as video games, etc. The characters from the both were so clear to me and amplified in the movie by perfectly selected actors for their roles. I read this quite awhile ago and have recommended it to many friends who also loved it. Perhaps watching the movie would clarify things for those with negative reviews?

Published by Joni , 6 months ago
There is no story! Just one boring encounter with residents of Savannah after another with tedious conversations about nothing.

Published by ReadingAgain , 1 year ago
The writing isn't bad, but as some other reviewers have said it takes a while for anything to get going. This is a character study of southerners in Savannah, but they feel like they're superficial, like writing about a trip to the zoo and describing the animals you saw there. Ended up not finishing it because it was pretty slow and I didn't get to any point where it seemed like the threads were tying up together and connecting these 'characters' of Savannah together.

Published by Kelly , 1 year ago
It takes a very long time for events to happen and I found it very difficult to get through. This book ultimately is just boring, and its generally hard to make a mystery book like this boring.

Published by Thriftbooks.com User , 3 years ago
Seriously. I think this is SO is the wrong category.

Midnight in the Garden

Published by Thriftbooks.com User , 12 years ago
Fabulous book. Lends a tremendous credit to Eastwood, Spacey and Cusack for an honest interpretation in the movie. Sonny's tale could have happened anywhere in today's world. The details of the real estate developments make great fodder for discussion with friends and relatives who are long-time residents of Savannah. They recall the real names and places and their actual relative involvement with the tale. The book is a "Must Read" for anyone who wants to visit the city and appreciate the treasure of it's rehabilitation. Fabulous book!

If you are going to Savannah....

Published by Thriftbooks.com User , 13 years ago
...then you have to read this book first. The movie is great, but the book is much better. All of the tours mention "The Book," and all of your favorite places are easily found once you travel to Savannah.

Published by Thriftbooks.com User , 21 years ago
Midnight in the Garden of Good and Evil is just that. A snap shot into the lives of the wealthy and privileged of the South captured in the pages of this novel by the more than skilled and nimble fingers of John Berendet. I almost did not want to reach the end. I fell in love with Savanah, with the wild, wacky and wonderful people that fill this book to the brim with a richness that could only be true. There is a reason that Midnight was the longest running hardback on the New York Times Bestsellers list. It was only recently made into a paperback so that it could reach another audience.This is the story of wealthy and eccectric Jim Williams, who throws lavish parties, is the envy of all of Savannah and equally despised by the same people. During a wild party, one of many, the readers begin to glimpse the underbelly of Jim's world and then suddenly a shot rings out and a man is dead. Accident or murder?How does a transvestite, a vodoo priestess and UGA fit into the picture? You will have to read this fantastically crafted book to discover the truth. If you love the book as much as everyone else - you should rent the movie (which does not hold a candle to the book) just to see the REAL Lady Chablis as she plays herself in the movie.Enjoy this one - it is really worth the read! 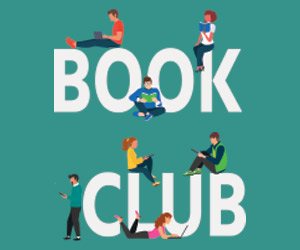 20 Must-Read Picks for Every Book Club
Published by Violet • July 31, 2019
Choosing a book for your book club to read can be challenging. You want books that are thought-provoking and intelligent but still approachable. To get you started, we've put together a list of 20 sure-fire conversation starters, ranging from the best contemporary literature to historical fiction, memoirs, and history.
Read Article
Copyright © 2020 Thriftbooks.com Terms of Use | Privacy Policy | Do Not Sell My Personal Information | Accessibility Statement
ThriftBooks® and the ThriftBooks® logo are registered trademarks of Thrift Books Global, LLC