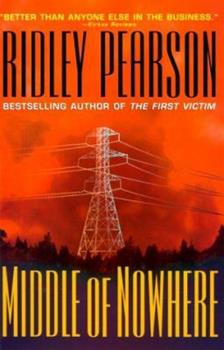 (Book #7 in the Boldt & Matthews Series)

From the New York Times bestselling author of The First Victim, a new novel in which Lou Boldt, Daphne Matthews and Sergeant John LaMoia team up to try and save Seattle from sinking into total chaosThe "blue flu" has struck the Seattle Police Force and the majority of the officers are on an unofficial strike. Overworked and understaffed, Detective Lou Boldt is committed to remaining on the job no matter what. But when a string of robberies and the...

Published by Thriftbooks.com User , 21 years ago
Ridley Pearson sets the suspenseful tone for his seventh thriller featuring Seattle Police Lt. Lou Boldt in the prologue when officer Maria Sanchez pulls into her driveway, gets out of her car and is brutally attacked. The realism will make the reader apprehensive about pulling into their driveway and opening their car door for a very long time! As Boldt investigates the assault and officer Sanchez lies in the hospital on the brink of death, a case of "Blue Flu" takes over the police department. Boldt teams up again with police psychologist Daphne Matthews and Sergeant John LaMoia, to hunt down the people responsible for the assault on the officer as well as other victims of such beatings and a recent string of robberies. The investigation progresses, to the annoyance of the officers who have staged the first sickout in the history of the police department, to two brothers, both with extensive criminal histories. A common thread connects the crimes - a telemarketing operation based in a prison, an operation using hardened criminals to call unsuspecting people to tout their wares. Things heat up even more when Boldt is tempted to rekindle the flame of his affair with Daphne. Pearson is one of my favorite thriller-writers. He is a dynamic author, skillfully using real-life stories straight from the newspaper, expounding on them and landing them in the reader's lap. This one will make you sleep with the lights on! If you haven't discovered Ridley Pearson, it's time you did!

Published by Thriftbooks.com User , 21 years ago
All in all, a great read - read it in one day. What I found most interesting, though, is the depiction of police as being far more interested in their paychecks than in adhering to the oath they swear when inducted onto the force. While in the book, the standard line of "a few bad apples" is followed, the discerning reader, especially one who's ever dealt with urban cops, will know that that's a function of fiction. Even so-called "good cops" who don't lie or steal themselves are perfectly willing to cover for their blue brethren - it's practically a job requirement.As always with Mr. Pearson's novels, the forensic details are the most outstanding feature. His knowledge in this area exceeds any of the other authors I've read, and it adds a certain educational element to reading his books; you learn things about technology and police work you won't readily find elsewhere.

Published by Thriftbooks.com User , 21 years ago
A fast paced thriller from page one, "Middle of Nowhere" doesn't let down for a minute. Ridley Pearson has done it again! Be prepared to loose some sleep until you finish. With tensions high as a result of a "blue flu" epidemic in the Seattle Police Department how do you know who to trust? Fortunately, lieutenant Lou Boldt knows who his friends are. With the help of psychologist, and now lieutenant, Daphne Matthews, a string of robberies and assaults are sorted out. Are they connected? Are they being misled? Can they sort it out before Boldt pays the ultimate price for persistence? As always the story could have been taken from the newspaper as it is amazingly current. It has technical depth without becoming boring, carefully balanced with glimpses of Boldt's personal life, making the characters wonderfully human. If you've read other books in the series you know nothing's ever easy between Boldt and Matthews. When you add the changes his wife, Liz, has gone through dealing with her illness it would be a wonder if Boldt didn't feel conflicted. Boldt is noble enough to always want to do the right thing, yet human enough to not always be sure just what that is. If you haven't read the other's, don't worry... this one can stand alone. I've anxiously awaited the release of this book and wanted to read it slowly so I could savor every word.Pearson, however, had other ideas for me! I couldn't put it down! Having already read all of Pearson's books I should have known as much. I highly recommend "Middle of Nowhere" to anyone willing to give up a little sleep for a lot of excitement!

Pearson's "Middle of No Where" Absolutely Arresting!

Published by Thriftbooks.com User , 21 years ago
Pearson transports readers into the inner sanctum of the Seattle Police Department to experience the conflict and drama the "blue flu" unleashes amongst the cops and citizens they protect and serve. Readers are thrust into the psychological and physical aspects of police work as Lt. Lou Boldt and police pyschologist Daphne Matthews attempt to make sense of the scant clues in their case involving brutal assaults on Seattle citizens and a few selected cops. Frustration and pressure envelope them as they struggle to filter out the fraudulent facts being thrown in their paths. They also try to keep the overabundance of sexual tension between them from re-igniting - and creating a threat to his marriage a second time. Clues that seem obvious one moment, shift to being meaningless the next and little help is being offered by those in the position to do so. The closer Boldt gets to the truth, the more danger he finds himself facing, and those responsible for the string of robberies and brutal attacks plaguing the city have no qualms about permanently ending Boldt's investigating days. Not to be deterred, Boldt choses numerous paths to explore - none of them safe - none of them boring.A number of writers manage to get an adequate feel for the inner workings of a cop's world, but Pearson hits the bullseye with such precise accuracy, it's tough to believe he's never walked a beat. If he ever decided to quite his day job, I'm willing to bet there's plenty of police departments that would like his name listed on their personnel roster.

Published by Thriftbooks.com User , 21 years ago
A case of the "blue flu" has struck the Seattle police force, causing a majority of the force to be on an unofficial strike, leaving Detective Lou Boldt to remain (forced actually)on the job.With the near death of a female officer, and a string of house robberies, Boldt is pushed to the limit to find answers.Boldt enlists the help of police psychologist Daphne Matthews, and Sergeant John LaMoia to aid in his investigation. As Boldt struggles with three seemingly seperate situations, he begins to question if they are actually un-related. As things go out of control, resulting in more robberies and "warnings" to Boldt, he refuses to give up, putting his life on line to solve this case. I will start off by saying...THIS IS AN EXCELLENT NOVEL. I am not going further into detail on the plot, all the fun is finding out the secrets as you go. "Middle Of Nowhere" is a fast-paced, well written novel that entertains as it shocks with new plot twists. Boldt is one of the most interesting and likable hero's in any current fiction series.Ridley Pearson has written the novel that lives up to his reputation of being the "best thriller writer alive". After the disappointing "The First Victim", fans of the Boldt series get what they expect, a great book. If you are new to the series, start with this book and then go back and read the other Boldt novels, excluding "The First Victim" (not the best entry in the series)."Middle Of Nowhere" is a great summer read...it's great read in any season.A MUST read! Nick Gonnella
Trustpilot
Copyright © 2022 Thriftbooks.com Terms of Use | Privacy Policy | Do Not Sell My Personal Information | Accessibility Statement
ThriftBooks® and the ThriftBooks® logo are registered trademarks of Thrift Books Global, LLC