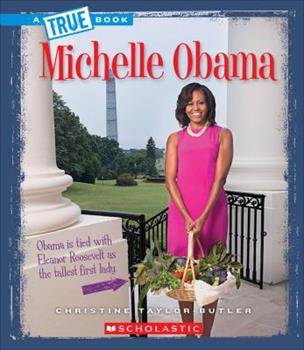 (Part of the A True Book Series)

How did Michelle Obama make history in 2008? When her husband, Barack Obama, was elected president in 2008, she became the nation's first African American first lady. Inside, You'll Find: How Michelle Obama's family supported her in becoming a lawyer; A timeline, photos-and what Michelle Obama has done to encourage healthy habits among Americans; Surprising TRUE facts that will shock and amaze you! Book jacket.