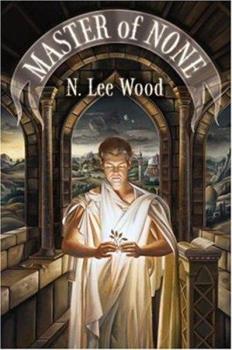 - N. Lee Wood is the author of "Looking for the Mahdi (Ace, 1996), "Faraday's Orphans (Ace, 1997), and "Bloodrights (Ace, 1999). "Looking for the Mahdi was selected as a "New York Times Notable Book and was also short listed for the Arthur C. Clarke Award.- The author's blend of sociology, feminism, and science fiction is reminiscent of such classics as Margaret Atwood's "The Handmaid's Tale (Houghton Mifflin, 1986), Ursula K. Le Guin's "The Left...

Not the best examination of gender roles, but a better-than-decent novel

Published by Thriftbooks.com User , 16 years ago
Some SF books are brilliant in both their storytelling and in their examinations of big questions, such as the role we each play in our societies. There are some well-known examinations of gender roles (such as the Left Hand of Darkness) and the workings of matriarchal societies (Tepper wrote a good one, whose name I can't recall at the moment). Master of None doesn't really measure up to those SF groundbreaking moments, but it's a good story... and in the end, that's what matters most. The basic tale is relatively simple: our hero, Nathan, is a botanist who is so anxious to make a name for himself in his profession that he ignores planetary rules: men are simply not allowed. Once he arrives, he is not permitted to leave. The book is about Nathan's experiences as he first resists Vanar society, then embraces it, then -- well, I'll leave you to read about THAT. One thing I particularly enjoyed about this book is that it doesn't ignore communication difficulties. Nathan is a botanist, not, as he insists, a linguist; as a result, he has an awful time trying to learn a new language, particularly one that reflects its society so carefully. (For instance, there are different verb tenses for addressing someone of more- or less-importance than you.) Most books seem to arm-wave over this difficulty, but Nathan's difficulty made the story more believeable. It's also written rather well. The author does a good job of holding back plenty of the characters' backstory; Wood doesn't fall for the trap of trying to tell everything, all at once. Not all of the characters come to life, but sometimes that's a reflection of Nathan's perceptions. For example, I never understood one particular because I could never fathom why she wanted to marry him; Nathan obviously never figured it out either, but the result was that the woman never because quite real to me. Don't take that criticism too strongly. This is a well written novel that grabbed my attention and didn't let go. The author could easily have fallen into predictability, but avoided the trap; I was surprised by what happened, on more than one occasion. This book won't blow you away, but you'll be glad you read it.

Published by Thriftbooks.com User , 18 years ago
This is the first book by N. Lee Wood that I've read and I was impressed. The main character is a man who finds himself trapped in a society where men are vehemently regulated to second-class citizens. There is great commentary here on gender roles in society, misinformation, oppression and the elite. Wood used this engaging story about politics and relationships, with angst, vivid imagery and unexpected plot turns, to drag me from chapter to chapter to a satisfying ending. In times like these, when we've had our consciousness raised about oppressive cultures and groups like the Taliban, this book is especially poignant. If you're familiar with them, the story, writing, and social commentary was on par with Sherri S. Tepper's "Gate To Women's Country", Valerie Freireich's "Testament", C. J. Cherryh's "Foreigner" series and Joan Vinge's "Catspaw". If you're not familiar with them, I recommend them as well as Master Of None.

in a women's world

Published by Thriftbooks.com User , 18 years ago
Rebeccasreads recommends MASTER OF NONE as an adventure in space-cum-soap opera role reversal, heavy on the socio-economics. Imagine what life might be like if you were male & you'd landed in a nation where your gender is not only despised, it is proscribed: from the way you look, what you eat, where you go, how you walk & talk. N. Lee Wood has created such a world & we watch as Nathan must learn his place in the scheme of things, or meet a fate worse than death. Underneath this seemingly perfect female-friendly society on the planet Vanar, something is brewing & Nathan's skill in botany turns out to be the reason why he was enticed there ... if he can make anyone listen to him. & that's the problem: this is a society who distrust anything males have to say. How can he make them listen to the news of their impending doom? MASTER OF NONE is all about relationships, power plays & saving the world. You will have to learn another language & another world view.

Published by Thriftbooks.com User , 18 years ago
In the distant future, mankind has colonized many planets, but it is the Nine Families of Vanar that control the worms, artifacts made and abandoned by an ancient race that enables female pilots to fly to three hundred systems reducing interstellar distances. The Vanar take other ships with them as they traverse the universe with their monopoly. On the planet itself the women citizens are the ruling class while the men are slaves needed to help produce the next generation females. Ambitious botanist Nathan Crewe convinces a space pilot to take him to Vanar where he plans to pick specimens to prove his theory. The authorities catch him within an hour of landing and inform him he will never leave. Nathan is adopted by one of the powerful Nine Families and is forced to marry into one of the Nine Families. Although he is less than chattel, Nathan feels Vanar is home and begins a legal fight to make changes to the social caste system. MASTER OF NONE is an in depth look at a society in which women hold all power while men need permission to simply leave the house, are unable to attend university, or hold a job beyond breeder. Nathan coming from the outside thinks initially the planet is backwoods, but begins to change his mind as he gets to know people. Could he be suffering from the Stockholm syndrome or just believe that Vanar is home? He wants to make change so that his gender has rights paralleling much of the civil rights movement. Women on Varna are not evil or deliberately cruel; instead they have been raised to believe they are superior. This is a masterful science fiction tale that cleverly spotlights social inequities. Harriet Klausner
Trustpilot
Copyright © 2022 Thriftbooks.com Terms of Use | Privacy Policy | Do Not Sell My Personal Information | Cookie Preferences | Accessibility Statement
ThriftBooks® and the ThriftBooks® logo are registered trademarks of Thrift Books Global, LLC