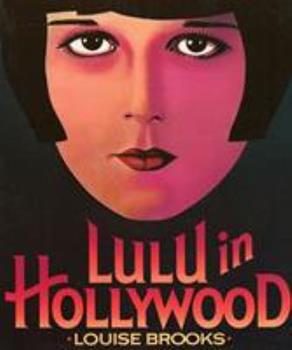 (Limelight). "These terse, raffish, authoritative essays are among the best discussions of American film I have ever read...She is terrific on actors and acting because her language is free from critical cant or hyperbole...At 22, she made film history as Lulu. At 75, her Lulu in Hollywood is another poised, extraordinary performance." John Lahr, The New York Times Book Review

A beauty unparalleled in film history

Published by Thriftbooks.com User , 16 years ago
This book is a collection of Brooks's autobiographical essays together with an interview by Kenneth Tynan. It shows a Louise Brooks as a fiercely independent character, as well as her failure as a social creature, because of her open critic of people's false faces. But at what price? She survives as a kept woman by three lovers and ends in poverty, rejected and lonely. She characterizes her work in Hollywood's film factory as slavery and throws a shrill light on Hollywood's morals (the casting couch) and cynicism: the end of the silent period served as an excuse to terminate all contracts. The all important feature of her life was sex, not love: 'I have never been in love.' But, 'A person's sexual loves and hates and conflicts ... It is the only way the reader can make sense out of innumerable apparently senseless actions.' She considers that 'the most fateful encounter in my life' was a sexual one with George Preston Marshall. Nevertheless, she had some regrets: 'How often do we change the whole course of our lives in pursuit of a love that we will have forgotten within a few months.' She never wrote her biography because 'I am unwilling to write the sexual truth that would make up my life worth reading.' Barry PARIS did it for her, admirably. His book contains also a few corrections on Louise Brooks's statements in her book. A moving text with admirable pictures.

Musings Of A Rebel.

Published by Thriftbooks.com User , 17 years ago
I remember when this book came out, but, unfortunately, it took me over twenty years to read it. Though Louise Brooks is far from a household name, in film scholar circles, she is an icon. Her rememberances here of certain individuals and events from her years in the "Dream Factory" are brilliant. Aside from the fact that these are names that most are familiar with, Bogart, Hearst, Pabst...it is her writing style and unique observations that make these recollections interesting. Where as someone as, say, Adela Rogers St. John, a famous reporter and contemporary of Brooks, wrote accurately of that long ago time, her dusty rememberances would only interest the most devoted of film student or fan. But Brooks writings are so fresh and witty and humourous, often at her own expense. She is not only unimpressed with most of silly society, but, she was equally unimpressed with her status as film icon. In those pre Hepburn-Davis times, she was a true rebel, who was more than willing to saboutage her career rather than do anything she didn't want to do. There is no remorse detectable in her memories of her fall from status. Though it would be unfair to imply that most film stars would not be expected to be good writers, it was surprising, then and now, to find that Miss Brooks was such a highly intelligent and captivating writer. In my review of her most famous film, "Pandora's Box", which isn't so much a review of that film as it is a homage to our Miss Brooks, I recounted my having met her more than once, when I delivered her prescriptions to her in my hometown and her final, adopted city of Rochester, New York. I was very young at the time, and though I had been told that she had once been a famous actress, which fascinated me, I am sorry to have to honestly admit that my memory of her is only of a shadowy figure who I remember with intimidation. How I would have loved to have been a little older, to possibly converse with this great lady, though she may have found what undoubtedly would have been my reverence to her "legend" as film icon to be obnoxious at the least, silly at best. Well, never mind. She was and is wonderful. And, as this book attests, a scathingly intelligent lady. Celebrities of her league are no more, now we have tarts, thugs, and arrogant, illiterate self-important jerks showing off their bling-bling. How sad. If you want to hear the entertainingly clever views of this great lady who, though she went from brilliant star to near- pauper obscurity, yet never lost her class, intellect, nor pride, then read "Lulu In Hollywood." One wishes she had written much more, and, left behind more films where her inate brilliance reaches out from the screen eighty years later. But, if all we have is this book and "Pandora's Box", that's legacy enough.

BROOKS AND TYNAN ARE EXTRAORDINARY

Published by Thriftbooks.com User , 21 years ago
I am unimpressed by Emily from Seattle's harsh words, which are both snotty and inaccurate. Tynan was the finest theatre critic of his time--and not bad on film, either. His profiles of stage and screen actors, recently collected in one volume, are masterpieces of the genre. In particular, his profile of Brooks was an indelible portrait of a brilliant and beautiful woman. Brooks herself, though not a great actress, was indeed a great star--exquisitely beautiful, highly charismatic, and powerfully erotic. To the best of my memory, Tynan describes her only in these terms, never as the creator of naturalistic film acting. (Incidentally, none of the women named by Emily--Crawford, Davies, Bow, and the insufferable Shearer--could properly be described as an actress. They were merely stars--and distinctly inferior to Brooks in talent, intelligence, and beauty.) Finally, as everyone here (including Emily) acknowledges, Brooks was a first-rate writer herself, and the essays in this book are required reading for anyone interested in silent film.

Brooks back in print

Published by Thriftbooks.com User , 21 years ago
Great to have this irreplaceable book back in print. Even better that it now includes the New Yorker article by Kenneth Tynan, "The Girl in the Black Helmet," that helped touch off the 80's Brooks revival, and an additional piece by Brooks entitled "Why I Will Never Write My Memoirs." Still, one can't help coming away from this book wishing there were more material, just as one wishes there were more Brooks films.

A great actress writes brilliantly of her experiences.

Published by Thriftbooks.com User , 24 years ago
This is a collection of essays (first published in 1972) by the great 1920s American actor Louise Brooks, a very forthright, modern woman who rejected the false glitter of Hollywood. She was effectively black-listed because of her honesty, made her last film in 1938 and cinema history is poorer for that. The book has two large sections of photographs, showing that Brooks had a timeless face that would fit into any era of the cinema. Her finest role - when she was only 22 - was as the stunning Lulu in the German silent film Pandora's Box (1928), and the book includes her experiences with GW Pabst, the director. Brooks writes with wit and candour about friends and acquaintances, including Humphrey Bogart and WC Fields, in a way that sheds new light upon them. This is a must for all lovers of cinema, independence, and beauty.

Lulu in Hollywood Mentions in Our Blog 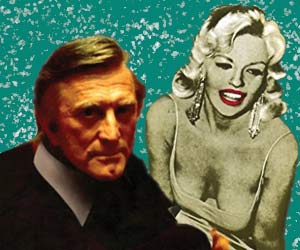