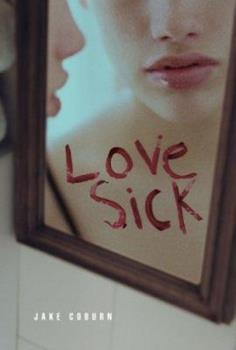 Ted s drunk-driving accident has ruined his life. it cost him his basketball scholarship, ended his plans for college, and forced him into AA. but just when ted has resigned himself to his new life, Michael appears. the wealthy father of a bulimic Manhattan rich girl has a tempting proposition. He has agreed to pay for ted s college tuition, but there s one catch. ted has to secretly keep tabs on his benefactor s daughter, erica. A seemingly simple...

Published by Thriftbooks.com User , 15 years ago
Love Sick was a very shocking, interesting, and caring book. It showed how someone can not be trusted but loved at the same time. It also showed how someone will do anything to stop their dream or life for love. Love Sick was a page turner. I never wanted to put it down. And I was always wondering what fantastic thrill would happen next. I would most defiantly give this book a ten and five star! It was truly that good! I loved it, and I would recommend Love Sick to anyone who loves a little bit of romance, college living, and a brilliant plot.

Published by Thriftbooks.com User , 15 years ago
Lovesick is a uniquely candid look at the life of two college freshman. The story is surprisingly easy to relate to belying the extraordinary circumstances the heroes find themselves immersed in. Portions of the story are told through emails that the characters have supposedly sent back and forth revealing fascinating levels of complexity in their personalities. I found myself eagerly awaiting the next volley of emails or meetings with the psychiatrist via instant message. You won't be able to put this book down as it takes you from an east coast Ivy League campus to a New York City climax that will leave you reeling. I loved every second of it and can't wait for Coburn's next!

Published by Thriftbooks.com User , 16 years ago
Jake Coburn starts LOVESICK with a teaser: he writes as if the characters told him their real story. Certainly the story of two addicts trying to survive in college could be true, but it is unique in that Ted is hired by Erica's father to watch her at college. She has bulimia and her super-rich dad wants to be sure she is healthy in her dorm. Ted has his own demons to face in that he is a former basketball star whose scholarship was yanked after a drunk driving accident left him with a metal knee. The "scholarship" from Erica's father seems like a second chance. As he watches Erica between AA meetings, Ted finds himself drawn to her. They begin running into each other at night when they can't sleep. Soon he starts trusting her with his issues and he wants her to trust him, but ultimately he knows that his secret will divide them if she ever finds out. In the meantime, Michael, an employee of Erica's father, keeps very close tabs on both Ted and Erica by reading their email and checking their phone and ATM records. The more Ted gets to know her, the more he keeps their friendship from Michael and Erica's father. But it is only a matter of time before all is known --- to everyone. Slow but intense, LOVESICK follows the daily story of two people's struggles to trust others --- and themselves --- as they recover from their addictions. --- Reviewed by Amy Alessio

Published by Thriftbooks.com User , 16 years ago
AWESOME!!!!!~~This book was fantastic not only in pure realness, but in non sugar coated love story fashion. i cant beleive i almost enojoyed this as much as Jakes first book, Prep. This book was unbeleivably good, and shows you the reality of many situations you might never have seen before. i reccomend this book to anyone who can appreciate literary geniuus, love, healing, or a freshman year of college. GREAT BOOK READ TODAY!!!!

Another winner for Jake Coburn

Published by Thriftbooks.com User , 16 years ago
It's official- Jake Coburn is my favorite author. After reading his first novel, Prep, I eagerly waited for the arrival of his second book. Well, LoveSick did not let me down. I think it even surpassed Prep in awsomeness! A true love story that will appeal to both boys and girls, LoveSick tells the tale of two troubled college freshmen brought together by extraordinary circumstances. I really grew to care about the main characters; and some of the side characters, particularly Michael, are really terrific. Bravo, Mr. Coburn, Bravo... you are a real winner!
Copyright © 2020 Thriftbooks.com Terms of Use | Privacy Policy | Do Not Sell My Personal Information | Accessibility Statement
ThriftBooks® and the ThriftBooks® logo are registered trademarks of Thrift Books Global, LLC