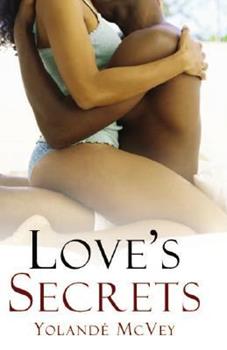 A recent divorce rediscovers passion with a sworn bachelor, who then throws her world into a tailspin with his secrets and deceits. Original.

Published by Thriftbooks.com User , 13 years ago
I have read a few books that were so good that I was telling my daughter, I really need to find a good book to read. One that will compare to the other three books I have recently read. OMG!!! did I ever find it in this book. This has got to be the best book I have ever read. It was so good I found myself reading parts of it out loud to my daughter You will find yourself laughing out loud and crying over the antics of the Foster woman. Veronica is not ready to enter the dating world again for fear of being hurt. Her big sister Darlene, isn't hearing that and talks her into attending a barbecue she having at her house. Reluctantly she attends and meets Rodrick. This is also where we get to meet her mother Josephine. Josephine is a mess. She's mean, cankerous, blunt and sassy and those are her best qualities. In some ways she kind of reminds me of my mother-in-law, who I use to say needed to be on medication. She is simply all over the place. Everybody has secrets, except Veronica. Darlene (Lena) is harboring a deadly secret, her best friend, Cheryl, is harboring an extremely betraying and hurtful secret, her daughter(Rosemary aka Rosie) has a life altering secret and even crazy Josephine has a secret that will help you understand her better. Despite all the secrets Veronica and Rodrick fall in love, but their road to happiness is plagued by all the secrets around them. David is a real stand up guy, even though for a brief moment you are kind of wondering what's going on with him. Although he is just a secondary character, because of his courage, depth of love and strong convictions you will love him. Darius is a jerk. There were no redeeming qualities in him at all, but he will get his. All I have to say is you really should never mess with a Foster woman. Rodrick has some emotional growing to do, but you will have to admit he an honest and decent guy. He's a confirmed bachelor, so his world is sent spinning on it axis when he finds himself in love with Veronica. This book is a must read, it will have you gasping in shock at times, but the characters are so real. It is thoroughly entertaining and worth every dime. Bravo!!!!!

Published by Thriftbooks.com User , 13 years ago
It's the best book I've read in a long time. I love all the characters especially the mother she was so comical.

Published by Thriftbooks.com User , 13 years ago
Veronica Foster has finally gotten the promotion she worked so hard for. She is on top of the world professionally, but her personal life is at an all time low. Not only is Veronica dealing with the aftermath of a divorce (where her husband left her for another woman), but also trying to deal with the issues she's having with her mother, her daughter and their secrets... Roderick, a handsome, funny, tender, and successful man, but he comes with the stipulation of not wanting a serious relationship. For Roderick, this is the only way to live life and be happy. Veronica and Roderick's path's cross at a fourth of July barbeque where they have a instant connection. Roderick immediately lays his cards on the table, and Veronica accepts to play by his rules. Although she agrees to play by his rules; as their relationship progresses to one of friendship and passion, she is not sure how long it will that last before their past and future problems resurface. Love's Secrets is a must read. This book provides a little bit of romance, humor, and mystery causing me to read it in one day without the slightest temptation of putting it down. Reviewed by: Robyn Morris, Black Butterfly Review

Published by Thriftbooks.com User , 14 years ago
They say everybody has a secret, and that seems to be true for most of the characters in Yolanda McVey's LOVE'S SECRETS. More importantly, it seems like everyone is keeping secrets from the central character, Veronica Foster. Veronica Foster's life has been on a downward spiral since her husband walked out on her for another woman. Now she has a sister who is always trying to hook her up with eligible men, to accompany an already overbearing mother she can never seem to get along with. The two joys in her life are her daughter Rosie and her new man Roderick. Little does she know, Rosie is keeping her own secret, one that has the potential to change their relationship. If that isn't enough, her relationship with Roderick becomes shaky when she begins to question if she can handle the no strings attached commitment she agreed to. With all the drama unfolding around her, Veronica turns to her long-time best friend, but she too has issues of her own she must face. Her other option would be her sister Darlene, but she is harboring a secret that could be far worse than all the others, one with an impact that may bring Veronica to her knees. McVey's LOVE'S SECRETS is a well-written, even-paced novel, with drama and twists to keep the reader's attention from beginning to end. What she lacks in suspense, since at least one of the secrets was obvious to me, she makes up for in her development of the characters and storyline. Even though I was immediately turned off by the mother's character, I knew McVey had done a good job because she created characters that caused a reaction. LOVE'S SECRETS is definitely an engaging novel that left me wondering what was next for the characters, even after I turned the last page. Reviewed by Criss Coles for The RAWSISTAZ(tm) Reviewers

Published by Thriftbooks.com User , 14 years ago
I loved this book. It explored love lost, love found, and love renewed. The book is about the Foster women, mean spirited mother Josephone, divorced daughter Vanessa and crazy sister Marlene. Also in the mix is Vanessa's daughter Rosemary, BFF Cheryl and potential new love Rod. I love the interaction between the sisters and mother/daughter. Please pick this one up, it is worth it!
Trustpilot
Copyright © 2022 Thriftbooks.com Terms of Use | Privacy Policy | Do Not Sell or Share My Personal Information | Accessibility Statement
ThriftBooks® and the ThriftBooks® logo are registered trademarks of Thrift Books Global, LLC