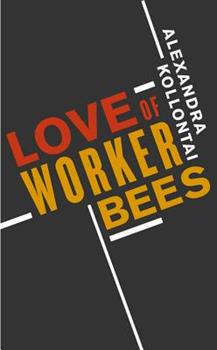 A rare, graphic portrait of Russian life in 1917 immediately after the October Revolution. The heroine struggles with her passion for her husband, and the demands of the new world in which she lives.

A Political and Feminist Allegory

Published by Thriftbooks.com User , 21 years ago
Kollontai, author of Love of the Worker Bees wrote her book during a time of the greatest upheaval ever seen in Russia. The Revolution had turned Russia from a czarist regime to a communist state, and the ensuing changes made the ousting of bourgeoise ideology difficult at best. The economic and personal change in thinking is highlighted by the characterization of Vasilisa, her marriage to Vladimir used to illustrate the failure of traditional marriage and the difficulty in turning ones political idealism to reality within relationships.As well, the relationship between the book's protagonists can be seen as as an illustration of capitalism/communism with the latter triumphing over the capitalist mentality and lifestyle. Vasilisa can get a bit tedious with her refusal to "see" Vladimir's infidelities no matter what the evidence she is presented with, but again this might be seen as a referral to the persuasive and deceptive appeal of capitalism, with its eventual unmasking.An excellent text for women's studies or advanced english literature where an emphasis on gender and women's writings from a global and historical perspective is pursued.
Copyright © 2020 Thriftbooks.com Terms of Use | Privacy Policy | Do Not Sell My Personal Information | Accessibility Statement
ThriftBooks® and the ThriftBooks® logo are registered trademarks of Thrift Books Global, LLC