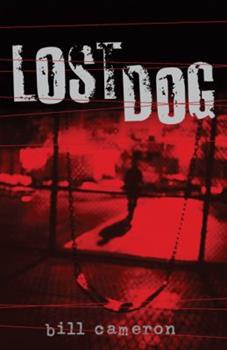 (Book #1 in the Skin Kadash Series)

Peter McKrall is at a crossroads-out of work, fighting a klepto habit, and trying to figure out his next move. Life takes an unexpected turn when a search for his niece's stuffed dog leads him to something else entirely: a bullet-riddled corpse. Talking to reporters lands Peter on the local news, which turns out to be a dangerous spotlight. And now Darla, the troubled daughter of the victim, is reaching out to him-but can she be trusted? When a second...

Published by Thriftbooks.com User , 14 years ago
This is the first book I have read of Bill Cameron's (only because it's his debut book). But I can assure you, it won't be my last. I LOVED this book. I'm a real sucker for anti-heroes, especially when they are written with such loving care as this author has done. Cameron's kleptomaniac protagonist happens upon a dead body in a park near his home and reports it to the police, trying to do the right thing. Big mistake, pal--but unavoidable. His grisly discovery happened while he was searching for his niece's stuffed pooch. A perfectly innocent endeavor that springboards this troubled man into a spiraling nightmare. And a surprising subplot of a romantic interest for this hapless hero was a real gem. Cameron also paints a vivid picture of a frighteningly disorganized killer that sticks with the reader long after they've put down the book. Real people caught in a really bad day. Sign me up for Cameron's next book. This LOST DOG has found a home.

Gabbed Me and Didn't Let Go!

Published by Thriftbooks.com User , 14 years ago
Who'd of thought a lost stuffed dog could turn a man's existence into a living nightmare and end with his healing and a new start. But that's exactly what happens when Peter McKrall, a man on a path of self-destruction, goes looking for his niece's stuff toy and winds up discovering a corpse and becoming the prime murder suspect. Lost Dog is full of deeply drawn and sympathetic characters. There's not a cardboard one in the bunch. And as other reviewers have said here, even the killer, as demented as he is, is seen as tragic and sympathetic. Bravo to Bill Cameron for creating such a readable and compelling book.

Published by Thriftbooks.com User , 14 years ago
There's so much to admire about Bill Cameron's debut thriller. My favorite thing is that murder and being a witness to it evoke real emotion in the characters. These people are deeply real. The protagonist, Peter, is hardly a hero as the book opens, stifled underneath emotional scar tissue, battling the yuppie angst of losing his banking job and being henpecked by his maternal sister. He does find both the will and the strength to solve the murders, but doing so both costs him heavily and ultimately allows him to grow. And no one -- not the villain or his victim -- is bad to the core. They're all damaged people acting out the hurt they have suffered on others -- and often the appropriate people. Cameron gets us to buy a string of coincidences that seem just implausible enough to really have happened. And there's a romance subplot in which neither character, even wearing makeup and heavily airbrushed, would make it into a Harlequin. I'm being vague so as not to spoil it for you, but Cameron renders the climactic scene in an unconventional, unexpected, deeply felt and subtle way. There are authors on the bestseller racks -- including one Robert Parker mentioned within the text of the book -- who should retire and make way for fresh, new voices of a more emotionally in-touch generation. Writers like Bill Cameron.

A tasty piece of noir.

Published by Thriftbooks.com User , 14 years ago
Bill Cameron knows his way around the mean streets of Portland. In the tradition of no good deed should go unpunished, Lost Dog gives you the perfect fall guy, a flawed protagonist who makes you hold your breath. Careening between what will he do next and what will happen to him next, this tasty piece of character-driven noir keeps you guessing from beginning to end. If you like them real with no pulled punches, the beautifully written Lost Dog is for you. Robert Fate, author of Baby Shark

Published by Thriftbooks.com User , 14 years ago
On a gray Portland morning, unemployed Peter McKrall searches the park for his niece's lost stuffed animal, but instead comes upon a dead body. The trauma of the event is an uncomfortable reminder of his own dark history, and soon Peter, a man trying to break a kleptomania habit, finds himself trapped in the middle of an investigation he wants nothing to do with. Cops make him uncomfortable. Dead people make him uncomfortable. Having his name and face on the evening news makes him uncomfortable. He's alone with no one to trust or confide in until he meets Ruby Jane. When a second murder takes place, Peter's painful past comes back to haunt him and Ruby Jane's life is put in danger. LOST DOG by Bill Cameron is a beautifully written and masterful work of character-driven crime fiction. One of the most fascinating and compelling main characters I've read in a long time. A bad guy real enough to smell. A plot that fits together like a puzzle. I was starving for a personal story. Give me real people. Give me a story with truth. As soon as I started LOST DOG my heart began to beat faster. This was the book I'd been craving. Bill Cameron manages to deftly strip away the distance. Not only does he give us a knockout plot, he gives us real people in real settings. He gives us characters we care about, characters we know and want to know. And like real life, the darkest moments often contain humor. I laughed out loud several times. anne frasier
Copyright © 2020 Thriftbooks.com Terms of Use | Privacy Policy | Do Not Sell My Personal Information | Accessibility Statement
ThriftBooks® and the ThriftBooks® logo are registered trademarks of Thrift Books Global, LLC