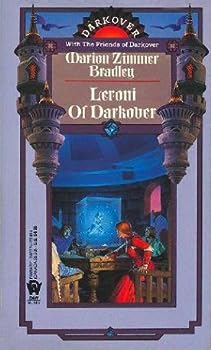 This ninth anthology of all-original Darkover stories, first published in 1991, covers events from the founding of the Comyn Council to centuries-later encounters of Terrans with chieri. This volume... This description may be from another edition of this product.

Published by Thriftbooks.com User , 20 years ago
But for the most part, these are enjoyable, reasonably well-written stories. It seemed to me that they got better as the book went along; one of the earlier stories, "A Dance For Darkover", by Diana Perry and Vera Nazarian, was the one true clunker in the lot, one of the worst stories to show up in any of these "Friends of Darkover" anthologies. I can't imagine what Ms. Bradley was thinking when she included it. The characters were two dimensional and behaved in ways that simply made no sense; their actions seemed noticeably forced in order to get the plot where the authors wanted it, rather than flowing naturally from their established personalities. But given that Ms. Bradley DID include it, I must conclude that she saw something in it she liked; there's no accounting for taste.Some of the other early stories were also a tad weak, but only a tad. And just about everything in the last half of the book was excellent; on balance, I recommend this book highly. We even get a story about Magda Lorne, (one of my favorite canonical Darkovan characters) even if it is a fairly short one that breaks little new ground.

Published by Thriftbooks.com User , 21 years ago
"Leroni of Darkover" is another of Marion Zimmer-Bradley's anthologies edited by herself and written by new writers. It's already out of print, as it was collected in 1991. I wrote a review for another anthology, "The Four Moons of Darkover" but apparently, it doesn't seem to help buyers all that much as I was afraid to give away too much. Instead, indeed it was too little. In this collection, Zimmer-Bradley makes it a point to say that the collection does not include a single feminist tirade, (at that time, a lot of people were getting into issues that got way out of hand, and put too much meaning into things that were meant to be enjoyed). "Leroni of Darkover" is much better and more entertaining than most of the other collections because the contributors have gotten pretty good at their craft. For instance, Dorothy Heydt's story "Avarra's Children" is another short story that involves Marguerida Elhalyn, the Keeper and Donald Stewart, her Terran paxman (who by the way gets sworn to her in "The Four Moons" anthology). They're kind of like the Mulder and Scully of Darkover, and get into the most interesting situations. I looked forward to their continuing adventures (well, when they were still having them, that is). "The Speaking Touch" by Margaret Carter is also okay, mainly because it deals with characters introduced in "World Wreckers," the first Darkover novel I ever read. As for the rest...Did anyone ever miss Andrew Carr when he disappeared? How did Varzil Ridenow find his path to become "the Good?" Are Darkovans great dancers? What does baking bread have to do with laran? There are 20 (yes, TWENTY) stories in this collection, and most of them quite enjoyable. If you can get a copy, it is well worth it, especially for a Darkover fan. Although where you can find a copy is another story...
Copyright © 2022 Thriftbooks.com Terms of Use | Privacy Policy | Do Not Sell My Personal Information | Accessibility Statement
ThriftBooks® and the ThriftBooks® logo are registered trademarks of Thrift Books Global, LLC