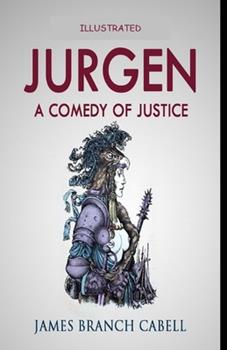 Jurgen: A Comedy of Justice Illustrated

Jurgen, A Comedy of Justice is a fantasy novel by American writer James Branch Cabell, which gained fame (or notoriety) shortly after its publication in 1919. It is a humorous romp through a medieval cosmos, including a send-up of Arthurian legend, and excursions to Heaven and Hell as in The Divine Comedy. Cabell's work is recognized as a landmark in the creation of the comic fantasy novel, influencing Terry Pratchett and many others.