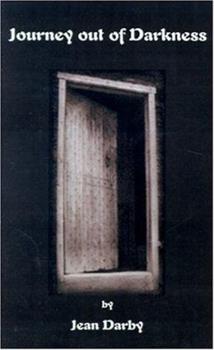 Journey Out of Darkness

i]Journey Out of Darkness[/i] is the most exciting book Jean Darby has ever written. With dynamic pen she skillfully takes her readers through horror, sex, courage, and true love in a tale of how a teenage girl was rescued from her mother, a witch.

Published by Thriftbooks.com User , 15 years ago
Cassandra' grandmother taught her many things, one of those was how to be a witch and Cassandra learned her lessons well. Taken and left by a man, she gave birth to triplets, one died and two little innocent girls who she named Rita and Maureen began a life that few children have had to live. Where other mother's would show love, Cassandra showed hate, where others would cuddle, she would beat, where others would teach the love and care of animals; she would allow them to love and then destroy the thing they did love. Cassandra was truly evil using the powers she had learned to call upon to destroy lives around her. Pain and evil brought her pleasure and more power and hurting her children gave her ecstasy. We are taken through years of abuse and sorrow as these young girls become teens and their lives begin to change. Through these years another power seemed to be lurking and calling to Rita and although it would take her years to find this power, who is the true God, she would find Him and hopefully bring her sister to His saving grace. Author Jean Darby does an outstanding job in her novel in showing you the supernatural power that witches call upon to achieve their goals. She shows the manipulation that is used, the lying, cheating and deception that is common place among those who call the Dark One lord. This novel was chilling and intense, and unfortunately although fiction brought to light many of the horrors that some children must endure that few of us ever see. I enjoyed this read; the only drawback I had was the years that went by when Rita was with Christians who never told her the good news, even the woman who became her Godly mother. I know it is a work of fiction and that was the storyline, but I would have liked to see Rita being witnessed to or taken to church by these people at least once or twice, even if she rejected it. However, this fact does not take away from the storyline and all in all this is one dramatic read that will keep you turning the pages from beginning to end. Shirley Johnson

Once started, Journey out of Darknessis impossible to put down

Published by Thriftbooks.com User , 15 years ago
Doreen Daniels gives birth to triplets. Sibyl was dead coming out of the womb strangled by her cord; Rita and Maureen survived. The soul of the dead one was given to Satan by her mom, a devil worshipper. The father vanished five minutes after lying with Doreen, never to be seen again. When the two survivors turn three, Doreen insists they call her Cassandra rather than mom. She feels that name fits a mighty sorcerer controlling demons as part of her satanic pact with the King of Hell. Her daughters are frightened of her so they cling to one another though their witch mother recognizes rebellion in the eyes of Rita and obedience in that of Maureen. Over the next few years, Cassandra keeps her two kids under total control, as she has plans for both of them. The schools do nothing for the two little girls. However, some contact with Jesus lovers leads to Rita talking to God even as she tries to keep the timid Maureen safe from their mother who would sacrifice either without a look back. This is not an easy novel to read as Cassandra's parenting is clearly abusive as her family values are vastly different than those of the Religious Right though ironically she is religious and to the right. However, once started, Journey out of Darkness is impossible to put down as the audience prays that Rita and Maureen find their way out of hell; no one in authority will help them except the Lord. Making no apologies for preaching the message that God is salvation (perhaps over done) even for those seemingly abandoned at birth, Jean Darby provides a character driven inspirational tale. Harriet Klausner

Journey Out of Darkness by Jean Darby

Published by Thriftbooks.com User , 19 years ago
Jean Darby, PHd., an author of sixty children's books and two adult novels tells a never-to-be-forgotten story of a girl who challenged a cruel, sadistic witch mother and won. Journey Out of Darkness is different from all other novels where spirits are included. It is different in that it is a story of love and courage. It is different because it is based on the life of a real person. It is the story of Rita's life from birth to eighteen. It's a paperback that should be put on everyone's "to read" list.
Trustpilot
Copyright © 2022 Thriftbooks.com Terms of Use | Privacy Policy | Do Not Sell My Personal Information | Accessibility Statement
ThriftBooks® and the ThriftBooks® logo are registered trademarks of Thrift Books Global, LLC