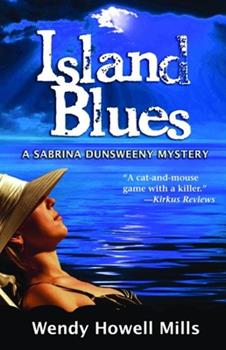 Sabrina Dunsweeney desperately needs a job. After moving to isolated Comico Island with her parakeet Calvin to start a new chapter of her life, Sabrina is discovering that life in a beautiful, tropical environment isnt all fun and games. When the town council offers her employment as the islands first official ombudsman to cope with the burgeoning tourist influx, Sabrina is thrilled. Her first order of business is to deal with a number of burglaries...

A witty mystery with a twist

Published by Thriftbooks.com User , 15 years ago
Reviewed by Rebecka Vigus for Reader Views (2/07) Ms. Mills writes a mystery with a witty twist. Her characters are unconventional and her island setting makes it all seem probable. Sabrina Dunsweeny gave up her dull, boring life as a school teacher and moved to Comico Island with her parakeet to live her dream. There she goes from one job to the next trying to fit in until, finally landing the job of Comico Island Omsbudsman. Her job will be to end the tension between the tourists and the locals, a job that will take nothing short of a miracle as long as Vickie Carroway, the new travel agent, keeps booking people to stay on the island. Sabrina is described as "being dressed in one of her neon dresses, this one pink and full-skirted, with her lemon colored curls blowing in the breeze." She seemed to be sticking her nose in everywhere, so the town council gave her a reason too. Her first job was to settle a dispute at the Shell Lodge with a group called the Hummers International. They claimed to hear a constant hum. They wanted privacy for their sessions. She suggested they be taken to one of the remote islands for their sessions. That job completed satisfactorily she headed off to see what she could learn about the two island break-ins where nothing was taken. It is only while she is off investigating that she learns one of the leaders of Hummers International has been murdered. This all comes falling on her head. She spends the rest of the time trying to find out who killed Gilbert Kane and almost gets herself killed in the process. All the while she is still tracking the person responsible for the break-ins. An attack on a second person connected to Hummers International leads Sabrina to breaking and entering in her search for clues. Sabrina has the support of eighty-something Lima Lowry. Lima is a figure on the island. He accompanies her kayaking dressed in a clown costume. It is only when he ends up in the hospital that Sabrina comes to the realization that she knows who is behind the break-ins. Can she get all the cast members together to unmask the burglar? Is the burglar the killer? If not, who killed Gilbert Kane? Will Sabrina be next? "Island Blues" is hilarity at its best. Sabrina Dunsweeny is a memorable character because of her flaws. She is insecure, a meddler, and much like a dog with a bone when she is after something. The care she gives to Lima and Bicycle Bob show she is kind hearted. She is the most incompetent sleuth you will ever come across. I can hardly wait to get back to Comico Island to see what kind of trouble she gets into next.

Published by Thriftbooks.com User , 15 years ago
After the death of her controlling mother and finding a lump on her breast, Cincinnati schoolteacher Sabrina Dunsweeney decided she need a time out to learn what she wanted in life; she traveled to isolated Comico Island. Her thoughts of a carefree island lifestyle proved false and she ended playing adult Nancy Drew and solving the murder of Rollo Wrightley (see ISLAND INTRIGUE). However, instead of R & R on a warm beach, Sabrina becomes the island's first ombudsperson handling disputes between the rising tourist populace and the locals. Initially the job seemed relatively easy when compared with teaching in inner city Cincinnati; but then Hummers International Inc. arrive on a retreat where they feel they can best hear the Hum of the universe. However, key Hummer spokesman Gilbert Kane is found dead floating without a care or a noise in the marina. While the surviving Hummers fear the loss of the sound due to their potential deaths, Sabrina, as part of her position to keep the tourists contented and coming, investigates the homicide as well as several recently reported break-ins. Though it sounds so idyllic to run away from ones troubles, Sabrina finds her escape to paradise is wrought with danger as her amateur sleuthing brings her to the attention of a killer who wants to silence her. The story line is fun to follow as the heroine frolics where she does not belong. This is a delightful amateur sleuth tale as Wendy Howell Mills makes her island mysteries filled with intrigue and the blues caused by murder. Harriet Klausner
Trustpilot
Copyright © 2022 Thriftbooks.com Terms of Use | Privacy Policy | Do Not Sell or Share My Personal Information | Accessibility Statement
ThriftBooks® and the ThriftBooks® logo are registered trademarks of Thrift Books Global, LLC