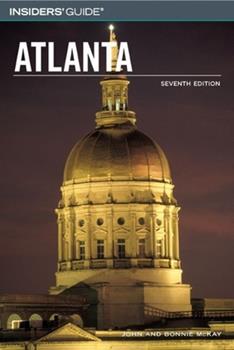 by Elizabeth A. Evitts and Mary K. Tilghman

Written by local authors with years of experience writing about their communities, Insiders' Guides provide newcomers, visitors, and business travellers with a native's perspective of the area. Each newly redesigned guide features the same great at-a-glance information and details hotels, restaurants, annual events, attractions, nightlife, parks and recreation, real estate, and much more. The easy-to-use geographic organization in the regional books...

Going to Baltimore? Take a look at this!

Published by Thriftbooks.com User , 13 years ago
I'm doing a series of long weekends this summer rather than one long vacation. I kind of like this variation on summer vacationing! This past weekend? Baltimore. To prepare, I bought this book, and it proved to be a nice investment. I have the good fortune to live in central Pennsylvania (in Hershey), and lots of cool places are within driving range--from New York City to Virginia on the coast, and to many places inland. This volume is recent enough so that it outlines restaurants that are still in operation, the usual sites to see, and so on. The book opens with some general background, including a brief history of the area. Then, the usual components--where to stay (including a nice section on beds and breakfasts), where to eat, nightlife, shopping, antiques, events, the arts, and so on. For instance, where to dine. The area is broken down by geography and then some suggested venues noted for each. I was at the Inner Harbor, so "Downtown" is what I focused on. The selection was very helpful. Indeed, there are more good places than I could possible try out! So, on our next visit to Baltimore, I have outlined a set of neat places to dine, necessitating selecting a hotel in a somewhat different area of the city. In the end, this is a useful volume if you are interested in some time in Baltimore.

Great Guide To The Baltimore Area, Even If Columbia Is Missing

Published by Thriftbooks.com User , 13 years ago
THE INSIDERS' GUIDE TO BALTIMORE, 5TH EDITION is a great guide to the Baltimore area, including the suburbs. However, the area known as Columbia is, unfortunately, missing from the book, as are several radio stations, including classic rock giant WZBA, which should have been mentioned in the Radio section. However, this is a book that's a great companion to the upcoming INSIDERS' GUIDE TO WASHINGTON,D.C., 8TH EDITION.

Great Book On The Baltimore Area

Published by Thriftbooks.com User , 16 years ago
THE INSIDERS' GUIDE TO BALTIMORE is a great book, even if some of the radio station info is outdated. It features detailed information on where the best neighborhoods and dining are, as well as mentioning several great shopping malls. The only other problem, besides outdated radio station listings, is a lack of discussion of the planned Baltimore suburb of Columbia, which is really a city of its own. Other than that, though, this book is essential.

Aunt Wendy is going to move to Baltimore

Published by Thriftbooks.com User , 18 years ago
Aunt Wendy is going to move to be closer to Sarah when Mr. Specky passes. Until then, she is going to stay in Texas. I'm buying her this book, or one like it. Then she'll know where all of the hot spots are. Specky will be looking down from doggie afterlife jealous of Aunt Wendy's cool new life in Balto. Have fun in the Bay area Sarah and Wendy, without Specky, but with this book.
Trustpilot
Copyright © 2022 Thriftbooks.com Terms of Use | Privacy Policy | Do Not Sell My Personal Information | Accessibility Statement
ThriftBooks® and the ThriftBooks® logo are registered trademarks of Thrift Books Global, LLC