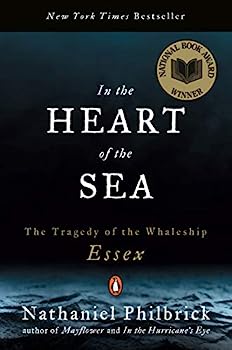 In the Heart of the Sea: The Tragedy of the Whaleship Essex

From the author of Mayflower, Valiant Ambition , and In the Hurricane's Eye-- t he riveting bestseller tells the story of the true events that inspired Melville's Moby-Dick . Winner of the National... This description may be from another edition of this product.

Published by Thriftbooks.com User , 17 years ago
This is a first rate, well crafted work of non-fiction. The author has a gift for putting together a compelling narrative about the unusual ordeal of the whale ship, Essex, which sailed out of Nantucket and was done in on the high seas by an extremely aggressive sperm whale who attacked it. So complete was the damage that the ship sank, its crew of twenty cast adrift upon a seemingly infinite ocean to find their way back home in three small boats. This real life, unheard of attack by a whale was the basis for Herman Melville's classic work of fiction, "Moby Dick". What the author does is ground what happened to these most unfortunate of men in the historical context of the time. He paints a picture of the milieu in which they lived. Their lives were governed entirely by the whaling industry that was the bread and butter for Nantucket Island, the whaling capital of the world. Drawing upon narratives by some of the survivors, as well as other historical data, he paints in intricate detail what life must have been like for these men. He weaves a tapestry of early nineteenth century life on the island of Nantucket and the preeminence of whaling in the lives of those who lived there, as well as the role of the Quakers. In essence, he brings the men, who were involved in this most notorious of survival at sea stories, to life for the reader. It is a balanced narrative. This was to be the first voyage as Captain for the democratic George Pollard, who was teamed up with a very aggressive and ambitious first mate, Owen Chase. This was later to prove to be a poor combination. Nearly a third of the crew was African-American, which was an interesting twist, arising out of the abolitionist views of the Quakers, whose views were the mainstay of Nantucket. Most of the crew was very young, the cabin boy, Thomas Nickerson, being but fourteen years of age. When the Essex was attacked while on the high seas by a gigantic, aggressive sperm whale and destroyed in the process, the story of the what happened to the crew makes for one of the most engrossing and amazing stories of survival ever to be told. Against the odds, eight of them survived their ordeal, which lasted for months. Dehydration and starvation were to drive them to a new frontier of human behavior. That threshold, however, once crossed, was one that would forever haunt those who survived. Their agonizing journey and foray into anthropophagy is chillingly chronicled. This is a riveting and triumphant book. It is a tale richly told by a masterful storyteller, who is able to make this work of non-fiction come to life for the reader. This is simply a great book.

True Adventure of Castaways Battling Nature and Themselves

Published by Thriftbooks.com User , 22 years ago
"In the Heart of the Sea" is a very good book. Like "The Perfect Storm", to which it will obviously be compared to, the author balances the story with historic and scientific background information. The combination works very well, informing the reader with fascinating tidbits while leaving him or her gripped in the thralls of a great tale.This is the story of the whaleship Essex, out of Nantucket on a two year voyage to the Pacific in search of the early nineteenth century's liquid gold, whale oil. The unthinkable happens. A usually docile sperm whale, although large enough to sink a wooden ship, does just that. Rammed twice by an 85 foot leviathan of the sea, the crew takes to three whale boats while its ship is crushed and rendered useless. The resulting ninety day journey is a story of hope, discipline, tragic mistakes, and ever present thirst and starvation which leads the men ever closer to having to execute the "law of the sea" in order to survive.Nathaniel Philbrick weaves first person accounts from survivors, a concise history of Nantucket and the work of catching and rendering whales as well as the physiology of the giant sea mammels and starvation into a first rate book. I read this over three days -- it moves very quickly. The author has a talent for fleshing out his common whalemen so that they are interesting and distinct characters without sacrificing authenticity and fact.If you liked "The Perfect Storm" or Jon Krakauer's "Into Thin Air," you'll find "In the Heart of the Sea" very much in the same vein. A story of people under terrible physical and mental assault which the reader could not imagine enduring, coupled with a superbly explained telling of the issues at hand that is well set in its place and time.Highly recommended -- you may want to finish this one all at once.

Published by Thriftbooks.com User , 22 years ago
In 1819 the whaleship Essex was rammed and sunk by a very large sperm whale. The ship sank and the crew was forced to sail across thousands of miles of the Pacific ocean fighting thirst and starvation. This was the story that inspired Melville's Moby Dick. It is absorbing, well researched, and reads like a good adventure novel, only it is true. It is elegant from start to finish and I say elegant because of its restraint. Philbrick had every chance to play this one for the bleacher seats, but didn't.We could have gotten a long saga of castaways dying of thirst and starvation with all of the drama of a potboiler. He could have given us a day by day description of the sea trek, but instead the trek is mercifully taken up in 90 pages. (Don't fret, you will get the anxiety wobblies during this phase of the book.) Philbrick has fully researched the physiology of dying of starvation and thirst and spares us none of the details. To survive, the crew resorted to the drawing of lots, execution and cannibalism. We learn about the history, quite plentiful in fact, of survival cannibalism from the Raft of the Medusa to the Andean plane crash. It is not a book for the squeamish. It is also a book about Nantucket, whaling, men at sea, celestial navigation, maritime commerce, and more. Never are the facts crammed down us like so many notecards in the author's collection, but are deliciously laid out in the context of the story. It is not a long book, but it doesn't seem to short either. Like most good books, it made me want to learn more about the subject, in this case the fascinating history of whaling.

Published by Thriftbooks.com User , 22 years ago
After reading and re-reading Junger's The Perfect Storm last summer, I wondered if it were only a fluke that a land-lover like myself could become so engrossed in a maritime yarn. After reading In the Heart of the Sea, it is clear that this was no fluke. With little to no experience with nautical life, I was quickly caught up in this drama at sea.Like Junger, Philbrick recounts a historical, nonfiction tale with the drama and tension exceeding much of today's bestselling fiction. His attention to detail gives a documentary feel and paints a vivid portrait of the struggle of survival. Specifically, I was continually impressed with the way Philbrick wove the specific details of whale hunting and sailing with the driving narrative--a narrative that will keep the pages turning quickly. In addition, Philbrick writes with a keen sense of imagery, pulling the reader into the story by appealing to all senses. As a result, the reader finds him/herself caught up in the drama and excitement of the hunt, filled with dread as the situation looks hopeless, aghast at the suffering, and finally, contemplative of the decisions made. There are no easy answers to the questions raised by this book. Instead, the drama offers a chance to consider and reconsider the drive of survival and the human spirit. Narratives of life and death situations are almost inherently gripping; however, because of Philbrick's skills as a writer, this book does more than entertain--it provokes thought, raising issues that do not end with the final page.

In the Heart of the Sea: The Tragedy of the Whaleship Essex Mentions in Our Blog 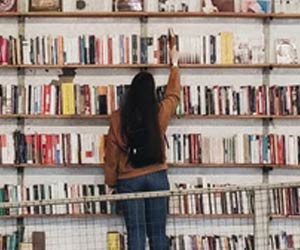