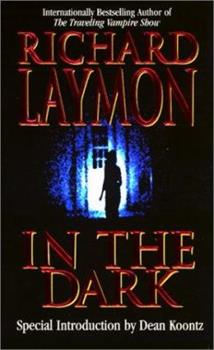 This description may be from another edition of this product. Donnerville librarian Jane Kerry receives an envelope containing a fifty-dollar bill and a note instructing her to "Look homeward, angel" and signed "MOG (Master of Games)." So begins The...

Just what I was looking for!

Published by Thriftbooks.com User , 3 years ago
This was my first Laymon novel and I'm not sure if any other will top this one but I'm on the search for more. I loved Jane. She's brave, a bit insecure at first but she really grows and turns into a full on bada**. There was not one time that I could figure out what was next and I just kept reading and reading. The ending is full of action and suspense and has a great twist! This book also has a great balance of romance and steamy parts in it, that'll make you want to keep reading. Definitely recommend!

Published by Thriftbooks.com User , 13 years ago
Small town Donnerville librarian Jane Kerry is getting ready to close up when she finds an envelope addressed to her. Inside she finds fifty bucks and a note which says: Come and play with me. For further instructions, look homeward angel. You'll be glad you did. The note is signed by MOG, Master of Games. Jane goes to the Thomas Wolfe novel and finds another note, along with a hundred dollars this time, telling her where the next envelope is. Along with Brace Paxton, a guy who happened to be in the library when she starts her quest, Jane goes in search of envelope after envelope, each time with double the money, however double the money, double the danger. And there is danger aplenty for Jane as MOG keeps upping the anti, having Jane do more depraved and dangerous tasks as the game progresses. However, no game lasts forever and in the end Jane finds herself in trouble deep. MOG has masterfully played Jane and now she has to figure out how to get unplayed as well as somehow save some captive women who are near death. This is a typical Richard Laymon novel, one of his better ones, in my opinion, though every blood drenching story that he oozed out of his pen has held me captive. Laymon is the yardstick horror is measured by. This novel is over the top, sleazy, creepy, titillating, spine-chilling and sleazy some more. Who else could put a negligee on a hottie, stick her in a coffin and have you believe it, have you turning pages, lapping up his words like a water starved dog, who had been too long in the desert. Laymon was the best at this horror writing stuff that ever was, he still is.

A suspenseful and well crafted mystery

Published by Thriftbooks.com User , 17 years ago
Jane is a librarian that leads your everyday average existence. That is until she receives a mysterious envelope with her name on it. Curiousity gets the better of her and she looks inside. Jane finds a fifty dollar bill, and a note giving a clue where to find more money, that is mysteriously signed with the initials M.O.G. ( Master of Games). Everytime she manages to find an envelope, the amount of money doubles and the tasks to find the next envelope become increasingly more difficult and degrading. As Jane becomes obsessed with earning more and more money, she soon begins to realize that the person behind the game knows a lot about her as well. As Jane gets herself in deeper and deeper to become richer and discover who the "Master of Games" really is in the process, she may be forced to do things where the risk outweighs the reward. Richard Laymon's " In The Dark" is the best mystery that I have read in quite awhile. It is hard to remember a book that keeps you glued to the pages and hooked like this one. You are literally unable to put the book down after the first page. There are two things that really keep your interest in the story. The first is the lengths that Jane will go for the money. It is very interesting watching Jane pushing herself to the limit and then some. The second aspect of the story that really drags you in, is trying to discover the identity of the MOG and what his motivation behind all of it is too. Laymon hides the identity of MOG really well. The whole time, you are thinking that it could literally be anyone. You are usually able to nail down at least a couple of suspects, but it is impossible in this book! The ending is spectacular. Many times , a good book can be ruined by a horrible ending. But not in this case. It is the perfect end, to an enjoyable thrill ride. Richard Laymon's "In the Dark" offers great characters, realistic and funny dialogue, and a hard to solve mystery. I highly recommend this book to fans of the mystery genre or those who are looking for a suspenseful story to read.

Published by Thriftbooks.com User , 17 years ago
Richard Laymon's suspenseful 500 page yarn starts out with a bang and doesn't stop. Jane Kerry is a lonely small-town librarian, who one night discovers an envelope containing $50.00 and a clue as she is closing up for the night. The clue is signed MOG (Master of Games) She solves the clue, finds the next envelope with another clue and double the cash.And so begins this chillingly creepy tale. As each clue gets a bit more dangerous, sending her out on risky missions, the reader is left amazed at how desperate and depraved Jane becomes. A sense of dread is cast over the novel from page one, and the paranoia that pervades the book is distinctly Hitchcockian. This book also contained some of the most gruesome scenes I've ever read in recent years. Be forewarned: this is not for weak stomachs. However, with the ghastly images of horror Laymon creates, comes an insight breathing life into his simplistic writing style. The book goes fast; I managed to finish it in an evening.You won't find a lot of conventional characterization, true, but their true natures are revealed through the actions they commit. All in all, this was a very interesting, thought-provoking, and frightening novel. Kudos to a great yet underappreciated author.

Laymon fans have no fear!

Published by Thriftbooks.com User , 18 years ago
This is by far one of my favorite Laymon novels. Originially published in 1994, it has been reprinted in America in 2001 by Leisure. I keep seeing people talking about books "released after his death." This and many of the other ones published by Leisure are reprints from the last two decades. Don't worry new fans of Layomn, there's still over 20 novels of his never before released in the U.S.Sorry, got a little carried away. But, as I was saying, this is one of the spookiest novels I've ever read. It grabs you and eats at you and drags you from scene to horrific scene. Definitely one of his best, be sure to read this one at night.

Published by Thriftbooks.com User , 20 years ago
It all begins when librarian Jane Kerry receives an envelope with money and an invitation from MOG (Master of Games) to join him in a game. Intrigued, yet not sure what she should do, Jane hesitatingly joins the game with the help of a new library customer, Brace a local professor, she runs into the same evening. Together they work out the first few clues, and perform the first few missions, with the pay-out being doubled in each event. As their friendship deepens, it is all too soon made apparent to them that MOG is not happy with Brace's involvement, and so it seems, neither is Brace. So Jane forges ahead alone as the missions become more and more threatening to her safety and her sanity. Although her life is now filled with excitement, a dubiously welcomed change from her previously dull existance, Jane knows she is entering a world she is ill-adapted for. And then when the missions become even more frightening, Jane is ready to quit, but MOG has other things in mind. Realizing what she has lost in Brace, and in her comfortable but ordinary life, Jane faces her worst nightmares with increasing dread and remorse. Can she survive, and somehow get it all back, or will she end up a victim of the game?This book is wonderful in showing us how an ordinary person can so easily get swept away with the promise of excitement and money. It also shows us how strength and determination, although not always obviously present, may still be there when needed. Word of caution though...be careful when you start this book, because it may be impossible to sleep until you've finished it.
Copyright © 2020 Thriftbooks.com Terms of Use | Privacy Policy | Do Not Sell My Personal Information | Accessibility Statement
ThriftBooks® and the ThriftBooks® logo are registered trademarks of Thrift Books Global, LLC