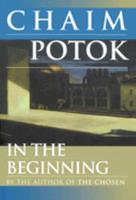 David Lurie learns that all beginnings are hard. He must fight for his place against the bullies in his Depression-shadowed Bronx neighborhood and his own frail health. As a young man, he must start anew and define his own path of personal belief that diverges sharply with his devout father and everything he has been taught.... From the Paperback edition.

Published by Thriftbooks.com User , 17 years ago
Here I am, a conservative Christian lawyer in a small town in Michigan, writing about a Hasidic-born Jewish writer. Seems incongruous, and yet...My one and only meeting with Dr. Potok occurred in 1975, while I was one of two *goyim* attending Jacob Hiatt Institute in Jerusalem, a study center maintained by Brandeis University. I was fascinated by his talk, and went out and bought "My Name is Asher Lev" and devoured it. Interestingly, Dr. Potok's visit coincided with classes on Biblical History taught by Dr. Chaim Tadmor from Hebrew U - which interested me so much in scientific Biblical criticism that I added a religion major when I got back to my college, and immersed myself in that discipline."In the Beginning" is, in my estimation, probably the most honest of Dr. Potok's books. It holds particular synchronicity for me, having been published in 1975, the same year that I began to learn about its core issues and the same year that I met him. The main character, David Lurie, is forced to confront both his growing awareness of scientific Biblical criticism, and its value, and the insistence of the world around him that he is rejecting all that they hold dear. He is given a choice between truth and isolation, or the society of those he holds dear and ignoring that truth. In the end, Dr. Potok's picture of "watering the roots" of religious faith is a powerful image, especially for someone who understands exactly what the book is talking about.The book is longer than the three preceding it, and more complex; but it's issues are more easily understood by even a non-Jewish audience. It is a valuable and significant read; and one in which I gradually understood that Potok, like so many others, actually writes for the "dysfunctional" among us, those who feel isolated by family issues, substance abuse or tragedy, and yet somehow feel that we have some belief, talent or substance that we can say the world does not recognize, but that allows us to hold off the feeling of insignificance - that the more we are opposed, the more we think we are actually special. In the hands of demagogues or opportunists, this results in conspiracy theories, dreck like "Chariots of the Gods", or even well-written and attractive, yet completely fictional and inaccurate, stuff like "The Da Vinci Code." In the hands of Ann Coulter or Ted Rall, this encourages paranoid isolation from rational discourse on both the left and the right. In the hands of Potok, this is none of the above, but a compelling examination of the human spirit.

Published by Thriftbooks.com User , 17 years ago
This book gave me new insight into the lives of Talmud Scholars, their deep and detailed exploration of the oldest, yet most vital book of human history. Behind the setting of David Lurie's genius, I found myself wondering why gentile Christians did not ask for Talmud scholars as "bible study" teachers. Their training in asking and answering the mystery questions is a 100 times better developed in their first years, than our ministers find in seminaries! As I see it, David's quest for answers in the light of present day knowledge was only the beginning to answering the ignorance or incompetence of my gentile Christian teachers. Could not put this book down!! I recommend it to all.

Published by Thriftbooks.com User , 18 years ago
Among Potok's fantastic novels, this one stands above the rest in it's moving intellectual and emotional sincerity and honesty. In a way it is unfortunate that this book was not his debute novel instead of The Chosen, since the greatness of this book seems to get lost behind his more well known titles like My Name Is Asher Lev.Perhaps it is fitting that I should love so much his most obscure title considering this book's power is in the understanding Potok has of the quiet genius no one seems to understand, yet who struggles so desparately to try to understand the world and his place in it. His brilliance brings him suffering. At the climactic confrontation between David and his father, I sobbed. You just do not know unless you live it. How many quiet geniuses are there to identify--and fall in love--with this book?And perhaps it is this identification and the fact that his novel's are so autobiographical (Potok did indeed "live it") that I felt such a profound loss at Potok's death on July 23, 2002. For as long as I am able to read, for as long as there are printed pages I will love him through his books. Thank you, Dr. Potok, so much for Ilana Davita, for Asher Lev, for Danny and Reuven, but thank you especially for David Lurie. He has shown me a beginning. . .

A very good book- from the BEGINNING to the end.

Published by Thriftbooks.com User , 21 years ago
This is a very good book, like most of Potok's other works, it is centered around a Jewish adolescent,(orthodox, of course) coming of age and learning how to interact with his parents.This book was, in some ways, a departure from Potok's earlier works about Hasidism. This takes place before THE CHOSEN, and MY NAME IS ASHER LEV, and has barely any mention of the "pious ones", save for the character's father voicing his distaste for them.This is the story of every typical jewish kid in NYC in the between-war-years, (with the exception of the constant illness this caracter is afflicted with) and for that, it is very successful. Reading this, for me, was invaluable in doing genealogy research on my family. This helped me get in the "mindset of the time". My family, like the family of the main character, had come over, had children, and then watched their relatives get killed in Europe, and this gave me a very good sense of what it was like, from the American viewpoint.It showed how the Americanized Jews dealt with the problems in Palestine, how Jews and gentiles interacted, all the while with Henry Ford and Father Couglin taking up arms against them [the Jews]. It also showed how they responded to the early Nazism in 1930s Germany, and then what happened when they learned the awful truth.Like most of Potok's main characters, this one is involved in Torah and Talmudic study, so non-jews and secular ones, BEWARE: YOU MIGHT HAVE TO LOOK SOMETHING UP! (oh, the horror!)But, despite whatever minor issues one might have with this book, it succeeds in the end, and it is a very compelling story.

I love to read Chaim Potok's books. I guess you should too.

Published by Thriftbooks.com User , 25 years ago
Chaim Potok often writes about the conflicts of pursuing your dreams when everyone else is trying to derail your efforts. Although Chaim Potok revisits this theme in several of his books, he has something new to say each time. Each story he crafts makes you feel you actually know these characters even though his characters may come from a culture totally alien to the reader. Chaim Potok writes about the Jewish people in such a way that we are reminded that we have more things in common with each other than differences. I keep talking about all this mumbo jumbo when I should just say this is among Chaim Potok's best stories. It ranks right up there with "My Name is Asher Lev."
Copyright © 2020 Thriftbooks.com Terms of Use | Privacy Policy | Do Not Sell My Personal Information | Accessibility Statement
ThriftBooks® and the ThriftBooks® logo are registered trademarks of Thrift Books Global, LLC