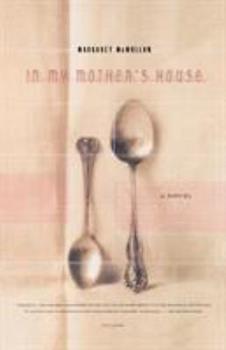 In My Mother's House

In My Mother's House is a beautiful, haunting, and expertly told novel about a daughter's obsession to understand her mother's commitment to silence about their family's experiences during WWII Vienna. The story of Elizabeth and her mother Jenny is remarkable for its fullness of details: the pieces of family silver the grandmother mails to Jenny, piece by piece, over the years; Jenny's vivid memories of her uncle's viola d'amore lessons; the smell...

Published by Thriftbooks.com User , 17 years ago
In what unforeseen manners does a catastrophic event, now years past, continue to define a family's identity? Is it best for a parent to forget a troubled past and shield her child from anguish or to assist the child in confronting something that could upset, alter or even destroy a parent-child relationship? To what extent is the past never "the past," but a continuous, immediate presence in our daily lives? Margaret McMullan has attempted to answer these questions in her strong, sensitive and essential novel, "In My Mother's House," a profound examination of the Holocaust on the second and third generation of survivors. McMullan explores the Holocaust's resonant hurt and answers its unspoken questions through Elizabeth and her mother Jenny, the latter bent on denial and silence, the former wrestling with existential confusion, a tormented relationship with her mother and an unresolved identity. "In My Mother's House" is permeated with what memoirist Fern Schumer Chapman, author of "Motherland," concisely labels "the half-life of the Holocaust:" its silent, subtle and surreptitious grip on the children of survivors. Jenny is a child escapee and daughter of an aloof, imperious Jewish father who converted to Catholicism as an adult and repudiated his ancestral heritage. Now an assimilated American, she has produced a sensitive, questioning daughter who feels incomplete and adrift because of her lack of knowledge of her mother's past. Elizabeth describes herself "immersed in death and memory," but her self-definition accurately depicts her mother. Mother and daughter face the vexing issues survivors and their children necessarily confront if there is to be any hope of family coherence and personal mental health. Abandonment and denial. Self-eradication and the legacy of loss. Displacement and return. Memory and connection. As Elizabeth presses her mother for a full disclosure of the past and as Jenny steadfastly rebuffs her daughter's attempts to explore what the mother has walled off, both women risk having their hearts "tighten up" as though they were "hardened candy." At the onset of the novel, Elizabeth is unaware of her mother's past, presumably content with her present status as an American Catholic, newly relocated from Mississippi to Chicago's North Shore. "My mother never spoke of the past." The child Elizabeth is aware that members of her family perished during World War II, but she "had to figure `the war' out on" her own. Not illogically, she concludes that the "death camps were for Catholics, not Jews." While Jenny consciously obliterates any mention of the past, constructing an icy distance from her estranged father and, by inference, her family's past, Elizabeth unconsciously replicates her mother's pattern. When her great grandmother regularly sends her pieces of tarnished silverware, the child hides them under her bed in a box, next to her grandfather's discarded autobiography, "which lies facedown...an arm's r

Published by Thriftbooks.com User , 18 years ago
I know the author's first novel and that's why I started to read this - her second. As I had expected, I've already been attracted by the story though I'm yet only half way. I especially like the description of a father and a very young daughter relationship at the beginning which easily reminds us of our own similar happy childhood with our father. Elegant, refined still very serious is my first impression of this novel. Besides, the English of this novel is not so hard for non-English speakers like me. I can't wait to see what will be happening to this family. I'll go on reading as fast as I can. "I'll be back" here when I'm finished with it.A Japanese reader in Japan!!

"In My Mother's House"

Published by Thriftbooks.com User , 18 years ago
Margaret McMullan has invested emotion and authenticity in her story - a story of a family's connection to its past; guarded secrets, religious convictions, resentment and finally understanding. We hear ancestors speaking to their descendants throughout the story, revealing the joys and disappointments of life that ultimately become the inheritance of a mother and daughter."In My Mother's House" takes the reader on a journey that begins at the family's rich and abundant ancestral home in Vienna at the start of World War II. Along the way, the family's memories of escape and survival, separation and confluence are illuminated for the reader.The richness of a life left behind in Austria is contrasted sharply with the less meaningful, modern-day life of a daughter who is determined to learn of her mother's past so as to make sense of the present.McMullan's historical fiction is compelling as it draws upon the darkest days of the Holocaust, lost religious traditions and the smells and sounds of Vienna in the 1930s - a time and place lost forever.

A gem of a book

Published by Thriftbooks.com User , 18 years ago
I am a voracious reader always on the lookout for a good new (to me) author. Margaret McMullan is that. This latest novel of hers is a haunting, evocative story of a mother and daughter (told from alternating viewpoints, a tactic that works very well here) seeking connectedness after a lifetime of polite estrangement. As the story unfolds, we see why Jenny has become who she is as a mother. Her story unfolds from 1930's Austria to current day America. Ms McMullan's descriptions of 1930's Austria as war encroaches on an unsuspecting people, are so vivid that you can smell the air and hear the music. And by the end of the book, you will come to care about Jenny and Elizabeth greatly and come to understand a lot about love, loss, and especially, hope.

Published by Thriftbooks.com User , 18 years ago
IN MY MOTHER'S HOUSE is a richly textured story that explores the intricate complications and emotional entanglements of a mother/daughter relationship. Coursing back and forth in time across the 20th Century -- from Vienna, to Mississippi, to Great Britain, to suburban Chicago, and the many geographical and spiritual points between -- author Margaret McMullan mines the depths of her characters' psyches with inspired precision. This is a deeply gratifying read for anyone who has longed to unlock the mysteries of their parents as children.
Trustpilot
Copyright © 2022 Thriftbooks.com Terms of Use | Privacy Policy | Do Not Sell My Personal Information | Accessibility Statement
ThriftBooks® and the ThriftBooks® logo are registered trademarks of Thrift Books Global, LLC