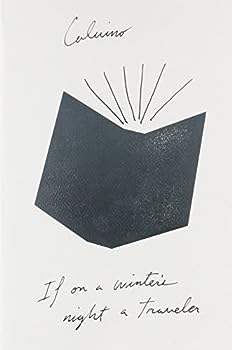 If on a Winter's Night a Traveler

This description may be from another edition of this product. Italo Calvino imagines a novel capable of endless mutations in this intricately crafted story about writing and readers. If on a Winter's Night a Traveler turns out to be not one novel but ten, each...

be prepared for a journey

Published by Thriftbooks.com User , 15 years ago
Read carefully and you'll find that you are traveling -- Calvino takes you for a ride in this one. It's fun and intellectual. And Calvino is a master at the art of telling a good story.

If on a winter's night a traveler... or not?

Published by Thriftbooks.com User , 16 years ago
One definition of metafiction is "Fiction that deals, often playfully and self-referentially, with the writing of fiction or its conventions." That could pretty much describe Italo Calvino's "If On A Winter's Night A Traveler," a gloriously surreal story about the hunt for a mysterious book. A reader opens Italo Calvino's latest novel, "If On A Winter's Night A Traveller," only to have the story cut short. Turns out it was a defective copy, with another book's pages inside. But as the reader tries to find out what book the defective pages belong to, he keeps running into even more books and more difficulties -- as well as the beautiful Ludmilla, a fellow reader who also received a defective book. With Ludmilla assisting him (and, he hopes, going to date him), the reader then explores obscure dead languages, publishers' shops, bizarre translators and various other obstacles. All he wants is to read an intriguing book. But he keeps stumbling into tales of murder and sorrow, annoying professors, and the occasional radical feminist -- and a strange literary conspiracy. Will he ever finish the book? In its own way, "If On A Winter's Night A Traveler" is a mystery story, a satire, a romance, and a treasure hunt. Any book whose first chapter explains how you're supposed to read it has got to be a winner -- "You are about to begin reading Italo Calvino's new novel, "If On A Winter's Night a Traveler." Relax. Concentrate." And so on, with Calvino gently joking and chiding the reader before actually beginning his strange little tale. As cute as that first chapter is, it also sets the tone for this strange, funny metafictional tale, which not only inserts Calvino but the reader. That's right -- this book is written in the second person, with the reader as the main character. "You did this" and "you did that," and so on. Only a few authors are brave enough to insert the reader... especially in a novel about a novel that contains other novels. It seems like a subtle undermining of reality itself. It's a bit disorienting when Calvino inserts chapters from the various books that "you" unearth -- including ghosts, hidden identities, Mexican duels, Japanese erotica, and others written in the required styles. Including some cultures that he made up. Upon further reading, those isolated chapters reveal themselves to be almost as intriguing as the literary hunt. Especially since each one cuts off at the most suspenseful moment -- what happens next? Nobody knows! It all sounds hideously confusing, but Calvino's deft touch and sense of humor keep it from getting too weird. There are moments of wink-nudge comedy, as well as the occasional poke at the publishing industry. But Calvino also provides chilling moments, mildly sexy ones, and a tone of mystery hangs over the whole novel. At times it feels like Calvino is in charge of "If On A Winter's Night A Traveler"... and at other times, it feels like "you" are the one

Published by Thriftbooks.com User , 17 years ago
Italo Calvino has surpassed himself. He has taken the "relating to the character" feeling to new heights, by making everyone who picks this books up, a character of the book. He takes you to the edge around 10 odd times, in 100 beginning sof 10 unrelated stories, but holds you back from plunging into the story line. He gets you so frustrated...no thts not the word...mmm ok I will use the word, but with no negative connotation...He pulls the ground from under you with every turn of the page. A must read for anyone passionate about reading for reading's sake.

Published by Thriftbooks.com User , 21 years ago
You have to read this fascinating treatise on reading and writing. I've seen others complain about the weak ending and the lack of structure, but for chrissakes, it's not a Dragonlance novel- it's avant-garde prose. But that doesn't mean it's not accessible. Unlike Andre Breton's shoelace knots of words that you have to dwell on endlessly to untie, Italo Calvino is so easy to read that the prose slips past you a little too quickly. But that doesn't mean it's not worth reading in the first place- Originally I checked this out at my college library and when I finished it, I bought a copy for myself and another copy for a friend. It's extremely hard to describe the book appropriately, but I'm hoping my enthusiasm for it will get my message across- Calvino's insights are worth the price of the book alone, and this fragmented narrative marked by stretches of crystalline, dreamlike beauty make what would normally be a dry work of literature philosophy into a vivid sensual book that I'll probably continue to re-read for the rest of my life.

Published by Thriftbooks.com User , 23 years ago
i was browsing through the bookstore & looking for something new & interesting to read. i'd read Calvino's first book, The Path To the Nest of Spiders, in college, & enjoyed it, so when I got to the C's in the fiction section i pulled off a copy of this book. As soon as i'd read the first section, describing the reader's experience in the bookstore, i knew i had to read this book. when the reader in the book is leaving the bookstore, looking forlornly at the stacks of other books, and calvino writes "or rather, it was the books that looked forlornly at you, the way the dogs at the pound look at their friend whose owner has come to bring him home." (not sure if that's the exact quote, but you get the idea...) this book is a permanent fixture on my bedroom bookshelf; i've read it 3 times already and expect many more hours of enjoyment from it! if you love to read, you will relish this story. it's the most creatively formed novel i've ever read, yet still very accessible.

If on a winter's night a traveler Mentions in Our Blog 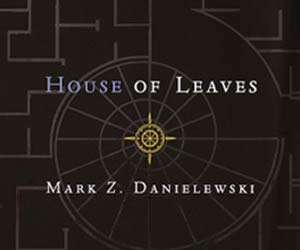 Do you like surprises? On the eve of April Fool's Day we feature ten tales that will make you ask, "What is even happening?!" Each of these stories—spanning a wide array of genres and styles—has a trick or two up its sleeve.