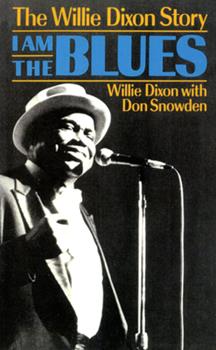 I Am the Blues: The Willie Dixon Story

by Willie Dixon and Don Snowden

The Songs That Launched A Thousand Careers

Published by Thriftbooks.com User , 15 years ago
If you enjoy rock and roll, especially the "classic rock" of the 60's and 70's, then you know Willie Dixon, whether you're aware of it or not. His mighty pen wrote music that was made famous by none other than the Rolling Stones, the Doors, Cream, the Grateful Dead, Led Zeppelin and Eric Clapton. This autobiography is an engrossing tale of the hardships and discrimination Dixon had to endure growing up in Mississippi, and his move to Chicago, where his career as a bassist and songwriter took root. Many of the songs that are identified with blues giants Muddy Waters and Howlin' Wolf were crafted by Willie, who also played bass in the studio recordings. This book is a must-read for those who have an interest in the blues, early rock n' roll, or music in general.

He was the blues

Published by Thriftbooks.com User , 15 years ago
Willie Dixon was a key person in 20th century music. It's a shame that he gets so little recognition in mainstream America. His talent for songwriting was only part of his greatness, though. He was quite a human being. In this book, we get a look at Willie, what he did, and where he came from. I finished the book feeling as though I understand him as best as I can. And I have a greater appreciation of his music, and pride in the fact that my band plays a small role in keeping Willie's legacy alive. The fact that much of this book is written in Willie's own words -- that is, with his early-to-mid-1900s southern black dialect -- may throw some people at first, but stories are best told in the language in which they arose. Sanitizing his words would lessen their impact. The only reason I don't give this book five stars, is because I want more. I would love to have had more pages to read; more interviews with others about Willie; more photos of Willie. If you like the blues, or even just like the story of someone who went from having nothing (perhaps less than nothing) to a self-taught cultural cornerstone, read this book. Then tell others about what you've learned about Willie Dixon and his inspiring story. And check out Willie's Blues Heaven Foundation.

Willie Dixon is the Blues.

Published by Thriftbooks.com User , 17 years ago
Willie Dixon is the Blues. This book is a first-person window into his extraordinarily brilliant mind, and the adversity he struggled against to become one of the most influential producers in the Blues. Dixon was educated informally by life experience and hardship, and as a Golden Gloves Boxer he trained with Joe Lewis before being banned from the ring and breaking into music with vocal group The Big Three Trio. Speaking with a wisdom that reveals unparalleled optimism and common sense, I Am The Blues is the man responsible for setting up and orchestrating the Chicago Blues on Chess and Cobra Records in the 1950's. He literally wrote the songs to most of the hits for Muddy Waters and Howlin' Wolf, and gave voice to J.B.Lenoir, Koko Taylor, Little Walter, Otis Rush, and Lafayette Leake. It's not hard to say whether Dixon or Leonard Chess had more pull with the label during those days, as Dixon was responsible for the talent that came through the door. He later had to fight for his own copyrights to collect royalties on his own material. This book is recommended to all musicologists, and any fans of Muddy Waters, or Buddy Guy. All content copyright www.maximumink.com - Brett Lemke

Published by Thriftbooks.com User , 22 years ago
...also, it is important for whomever is into music recording and songwriting and performing to read this. Talk about being forefront in rhythm and blues and rock & roll and not getting your dues? Dixon, although he did not get all the monetary benefits and fame of a brilliant career, still comes up on top because of his uplifting attitude and strength of character exhibited in his great book. Read it, today.

One of the Greatest American Songwriters.

Published by Thriftbooks.com User , 24 years ago
Willie Dixon was a big man, not only physically. He was colorful, confident, ambitious and intelligent. And in addition to all that, he had a remarkable talent for writing songs. He wrote such Blues classics as "I'm Ready","Spoonful", "Hoochie Coochie Man", and "I Just Want to Make Love to You.". His contemporaries included Howlin' Wolf, Little Walter, Sonny Boy Williamson and Muddy Waters, all of whom recorded Dixon's songs. With a title like "I Am the Blues", you can expect Dixon to talk a lot about The Blues. And he does. And there's no one better to provide a first hand account of Blues music and it's evolution from the 1940's through the 1980's. But Dixon also describes his own life in vivid detail. Love and the loss of love. Hard work and hard living. A man of principles, Dixon was arrested on stage in 1941 for evading the draft. As a struggling black man and musician, he refused to go to war for the country that he felt had done nothing for him. Later in his life, Dixon fought for the rights to his own songs, and profits he never made from many recordings of those songs. In later years, Dixon's songs were recorded by new blues legends like Buddy Guy, and British rock artists like The Rolling Stones and Eric Clapton. Many of his songs remain Blues standards, today. But the best legacy Willie Dixon leaves behind is his human legacy. This is best reflected in the words of his own favorite self-penned song, "It Don't Make Sense (You Can't Make Peace): "You take one man's heart and make another man live You even go to the moon and come back thrilled Why, you can crush any country in a matter of weeks But it don't make sense you can't make peace." Amen to that, Mr. Dixon.
Trustpilot
Copyright © 2022 Thriftbooks.com Terms of Use | Privacy Policy | Do Not Sell or Share My Personal Information | Accessibility Statement
ThriftBooks® and the ThriftBooks® logo are registered trademarks of Thrift Books Global, LLC