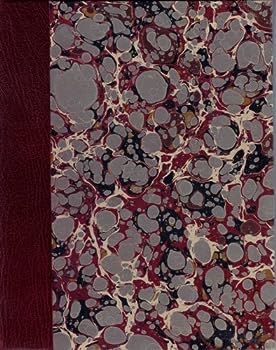 One of 150 limited numbered copies signed by Ford on a special page at the beginning of the book. He explains how humor has eased his way through the political process and has made him a more popular... This description may be from another edition of this product.

Published by Thriftbooks.com User , 14 years ago
The most successful presidents have always kept themselves and their occupancy of the White House in some sort of perspective. One of the most dangerous failings is to be overcome by the power of the position and to forget that the president is still a human. This is a dangerous path to error and must be avoided. As former president Gerald Ford points out in this book, one of the ways to maintain that perspective is to have a sense of humor. One of the best at this was Abraham Lincoln, who used humor at the height of the Civil War. When criticized for it, he responded that it was the only way he could deal with the massive casualty lists from the battles. Others who were excellent at using humor were Franklin Roosevelt, John Kennedy and Ronald Reagan. I remember watching a clip of John Kennedy giving medals to the Mercury astronauts and dropping one. Without missing a beat, he picked it up and said, "this medal, which has literally gone from the ground up", and handed it to the astronaut. While the humor in this book really is not all that great, the overall message is. To be an effective leader, the President needs to have a sense of humor, the willingness to use it and be accepting of jokes made on his behalf. One of the most disarming and politically effective tactics a politician can use is to engage in self-deprecating humor.

The Serious Side of Laughter

Published by Thriftbooks.com User , 16 years ago
I confess to not being too enamored of Gerald Ford while he was president. After the first month of his presidency (the honeymoon period), he pardoned Nixon, & my initial excitement with his self-professed candor was immediately replaced with a lasting cynacism about ALL matters having to do with US politics (I was then 19, and had barely heeded the Watergate hearings, having lived in Britain while they dragged on: today I would be addicted to them). To my teenaged mind, there seemed nothing honest or sincere about the pardon, or the man responsible for it: I only saw the 'same old, same old', in sum, the mediocre. I would not find politics exciting again, until my early twenties, but from then on, would all but ignore the Ford era, even in retrospect. More towering/frighenting/exciting figures would follow ( & had preceded)--figures whose impact would seem to be more lasting. Then Ford died. The press commentary on Ford's reasons for the pardon (to rebuild the country's confidence in its institutions, & especially the presidency), and the nicer things said about him upon his passing made me at least reconsider my lack of curiosity about Ford, when I came upon a copy of this book, during a New Year's sale. The book had not been marked up after Ford's passing (an oversight for this shop) & was even at 30% off during the sale. I happpend upon a sound & clean hard cover copy, in an untorn dustjacket, that seemed a reasonable buy, at $4. I just can't resist a bargain, especially if I think it might become an investment. Then I read the book. The first part discusses humor as a part of the First Amendment process, and its value as a check and balance against the High & Mighty & tyrranny in general. It then deals with how certain presidents could or could not craft humor (and could or could not deal with it) and notes how a good sense of humor ( & an ablility to be a good sport when one is the butt of it) seems to accompany presidential competence. A president who takes himself too seriously (who cannot see the humor in his foibles) is often poisioned by arrogance ( & paranoia), & less likely to be adaptive, in times of crisis. Humor punctures the bubble around the ruler who receives it well. Unfortunately, this was published before we might have seen how Bush I & Clinton took to some of the humor at their expense (1987), but the current Bush (II) certainly takes poorly to any kind of questioning of his authority. There seems to be no way that the bubble that surrounds him might be punctured by humor, or even by an attempt to explain things to him, however simple the terms one might use (see Woodward's State of Denial). The funny topic matter of this book all but masks the insights one gains through how a president reacts to humor directed at himself and how that reaction might predict/evaluate how well such an idividual might rule. This may even explain how/why some comedians/actors have at least

Published by Thriftbooks.com User , 21 years ago
In this book from 1987, President Ford gives examples from his administration and others of the positive effects of humor. Presidents Kennedy and Reagan are given as the two examples of recent Presidents who knew how to use humor to their advantage. Ford cites examples of how Kennedy took tense situations and neutralized them through humor. Nixon and Carter are listed as Presidents who lacked humor and had difficulty with the press. This book also has several pages of reproduced cartoons. The modern ones focus on Ford and Reagan.Various members of the Ford Administration give examples of funny incidents that happened during their time in the White House. President Ford describes his anger at how he sometimes was portrayed by comedians. Members of Ford's staff give examples of how Ford used humor to ease tension with audiences, staff and others. There are also worthwhile stories given here about how hard the Ford White House worked to win the GOP nomination in 1976. Dick Cheney and Donald Rumsfeld are two members of the Ford Administration quoted here. It is interesting that they are now both back in Washington as members of the Bush Administration.
Trustpilot
Copyright © 2022 Thriftbooks.com Terms of Use | Privacy Policy | Do Not Sell My Personal Information | Cookie Preferences | Accessibility Statement
ThriftBooks® and the ThriftBooks® logo are registered trademarks of Thrift Books Global, LLC