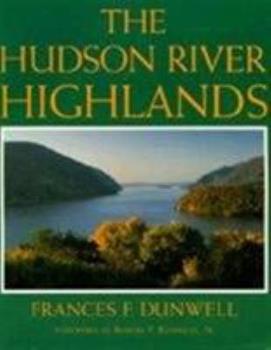 Discusses the area's folklore and history, its portrayal in art, the role of West Point as a gateway to America, and the creation of Bear Mountain Park.

Published by Thriftbooks.com User , 14 years ago
This is a very nice local history book. It is well written and extremely informative. Most of all, it was a welcome find buried among the plethora of "Where to go and what to see" books on my local large-chain bookseller's "Regional Interest" shelf, which is dominated by books about visiting The Big Apple and other famous locations, such as the Catskills. I had not previously lived in the northeastern U.S. when I moved to the mid-Hudson Valley region of NY last summer. For both personal and professional reasons, I wanted a book that would introduce me to some of the key places and events/activites that played important roles in the development of this area throughout history, and may continue to affect what is happening here today. I also wanted to have an accessible historical resource for friends and relatives (most of whom like to read) who might come to visit. Even though this book was not as exhaustive as I would have liked (for example, it does not include any Native American history, and very little natural history), it still provided a lot of what I wanted. For one, it focuses just on the Hudson Highlands region near where I now live, which is about a 15-mile area between Peekskill and Newburgh. I also like how the book is organized, with each chapter focusing on a specific industry, group of people, or other activity which was most influential in the region during a specific period of time. Topics include the U.S. Military Academy at West Point; the Hudson River Painters; Millionaire's Row; and the decades-long battle to preserve Storm King Mountain from development by utilities. The book is rather large but not intimidating. The writing style is almost conversational, but I still feel like I have learned a lot upon completing each chapter. (This is important to me, because I sometimes find laybooks too superficial, but I don't always want or need a textbook either.) The book is also pleasing for the eye, with interesting photographs, drawings, and other graphics; reasonable type size/line spacing; and adequate white space on each page. All in all, I am very pleased with this book, and several of my houseguests have been also. It was well worth the money.

Published by Thriftbooks.com User , 17 years ago
As the book's author, I have worked on conservation of the Hudson River in several roles since 1976. I wrote this book to answer questions for myself: Why is it that people are so passionate about this river? Why is it that people from every state in the U.S. and many foreign countries joined the battle to save Storm King Mountain in the 1960's-1980's? How did the role of the Hudson in the Dutch period, in art and literature, in the treatment of diseases, and in the Revolutionary war come to have such an important effect in determining the river's future today? How has this played out on the landscape, and how can historic structures such as aqueduct tunnels, bridges, forts, castles, and natural areas such as parks and gardens illustrate the thinking of people on the Hudson through time? The book describes the key role the Hudson River played in shaping ideas about nature that were expressed in Dutch folklore, military strategy, the Hudson River School of Painters, and the writings of Washington Irving, Edgar Allan Poe and Hermann Melville. From the late 1800s to the present, the Hudson has charted a course for ideas about conservation and environmental protection that culminated in the Storm King lawsuits of the 1960s. These set national precedents regarding the rights of citizens to sue the government for protection of the environment and led to the adoption of the National Environmental Policy Act. The Hudson Highlands was a focal point for all of these developments on the Hudson River. The book is told as a series of stories showing how each of these periods in history influenced the next, leading up to the role of the Hudson in affecting national conservation policy. It describes the role of reporters, aristocrats, engineers, soldiers and entrepreneurs and explores their thoughts about nature and a river's role in American life. The book has remained in print since 1991, and people tell me it is a good read and a page-turner. It contains 14 color plates of Hudson River School paintings and over 100 high quality black and white photographs, engravings, paintings and other contemporary art work that capture the feeling of the times.
Trustpilot
Copyright © 2022 Thriftbooks.com Terms of Use | Privacy Policy | Do Not Sell or Share My Personal Information | Accessibility Statement
ThriftBooks® and the ThriftBooks® logo are registered trademarks of Thrift Books Global, LLC