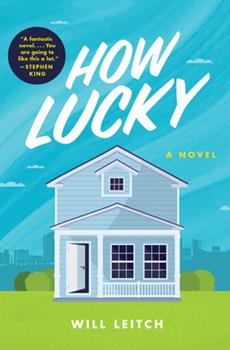 For readers of The Curious Incident of the Dog in the Night-Time and Nothing to See Here , a first novel as suspenseful and funny as it is moving, the unforgettable story of a fiercely resilient young man grappling with a physical disability, and his efforts to solve a mystery unfolding right outside his door. Daniel leads a rich life in the university town of Athens, Georgia. He's got a couple close friends, a steady paycheck working for a regional...

How Lucky Mentions in Our Blog 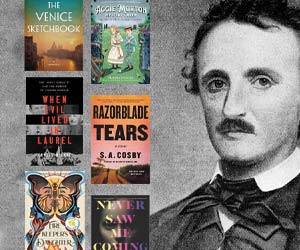 Edgar Award Nominees
Published by Ashly Moore Sheldon • January 23, 2022
Nominees for the Edgar Awards (named for Edgar Allan Poe) were announced on January 19, their namesake’s birthday. The awards honor the best in mystery and crime literature, television, film and theater. Here, we share the selected titles in several sections. Winners will be celebrated on April 28, 2022.
Read Article
Copyright © 2022 Thriftbooks.com Terms of Use | Privacy Policy | Do Not Sell My Personal Information | Accessibility Statement
ThriftBooks® and the ThriftBooks® logo are registered trademarks of Thrift Books Global, LLC