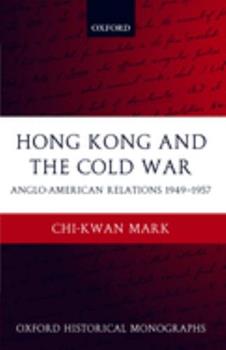 After 1949, the British Empire in Hong Kong was more vulnerable than it appeared to be. Its vulnerability stemmed as much from Britain's imperial decline and America's Cold War requirements as from an imminent Chinese threat. This is the first scholarly study that explores the interactions of British and US policies towards Hong Kong, and reveals the dynamics of the Anglo-American alliance and the dilemmas of small allies in the global Cold War.