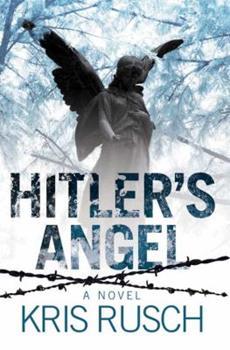 A thrilling and twisting tale set in a dark and fateful time in history, this story by a renowned fantasy writer hints at what might have happened had Hitler been derailed early on by scandal "So we have blood and a supposed body. With all the death and riots in Munich, you believed this to be important?" The sergeant licked his lips, swallowed, and then said, "The dead girl, sir. The dead girl, she is Herr Hitler's niece." This much is true: Hitler...

Published by Thriftbooks.com User , 20 years ago
This is a very thought provoking novel about something that has been losts in the mists of time - and had the potential to change history and save millions of lives. The character Fritz is very well done. He's "real" and "flawed" - but evokes the reader's sympathy. The use of flashbacks to tell the story of his investigation of the death of Hitler's niece works very well. I couldn't put this novel down. At times it was almost lyrical. I am deeply impressed by Krish Rusch's writing. She is a very, very good writer. This novel will spur me to read more of her novels. Do yourself and read Hitler's Angel!!

Published by Thriftbooks.com User , 22 years ago
I found in this novel parellels with today. How a man with panegyric political skills can get friends to cover up crimes. How lying in high places is sometime sanctioned if you agree with his political aims. The novel will entertain you and enlighten you; why even the pope could not have stopped Hitler.

Good but not great pre-WWII mystery

Published by Thriftbooks.com User , 24 years ago
In 1972, Annie Pohlman, a criminology student, travels to Munich to interview the legendary German homicide detective of the 1930's, Fritz Stecher, who desperately needs to tell someone about the case of Geli Raubal. In 1931, Geli is found dead in Hitler's apartment. The official ruling is suicide. Since Hitler is only one of several competing politicians trying to rise to the top and Fritz's superiors loathe the Nazi, they assign him to quietly investigate the murder. Almost immediately, Fritz decides that circumstantial evidence points towards murder, probably arranged or even done by Hitler. As Fritz gets closer to learning the truth, he finds his own life in danger from Hitler's Brown Shirts, who want the investigation stopped so that their leader's rising political power does not abruptly crumble. Fritz also has problems with the government, especially with the Ministry of Justice. If Fritz is to successfully complete his most difficult case, he will have to proceed with great caution and incredible speed. The premise behind HITLER'S ANGEL is quite clever (a real case from the 1930's) and the use of flashbacks works exceedingly well. Fritz, who tells the entire story, is a great senior citizen, who seems grandfatherly and wise. However, Annie is not well-developed and Fritz's apartment seems lacking as a backdrop with Munich preparing for the Olympics just outside the building. Kris Rusch shows her highly regarded fantasy story telling ability easily crosses genres into the historical mystery realm, but what could have been a classic falls a bit short. Still, this very good book is worth reading by fans of the writer and readers of historical mysteries.Harriet Klausner.
Trustpilot
Copyright © 2022 Thriftbooks.com Terms of Use | Privacy Policy | Do Not Sell or Share My Personal Information | Accessibility Statement
ThriftBooks® and the ThriftBooks® logo are registered trademarks of Thrift Books Global, LLC