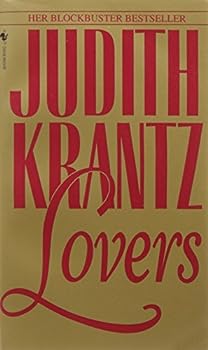 #1 NEW YORK TIMES BESTSELLER - With a new afterword by the author in honor of Frank Sinatra's 100th birthday This is the book that Frank Sinatra tried--but failed--to keep from publication, and it's... This description may be from another edition of this product.

Great condition for a great gift

Published by Marius Enamorado , 1 year ago
I bought it as a surprise gift for my mother-in-law because she’s like me, she loves to read, and Frank Sinatra was her fathers favorite singer. It came in great condition for an older book and she loved it to the point she can’t stop thank me. Thank You TheiftBooks.

Sinatra truly did it his way!

Published by Cassandra Brown , 3 years ago
Frank Sinatra lived an interesting life! His childhood, his domineering mother, his wives and his career.Truly HIS way! The man's a legend for all times!

Published by Thriftbooks.com User , 13 years ago
All of Kitty Kelley's books are good. Most of her book's are all Unauthorized bio's of popular people. Also, check out: The Family, The Real Story Of The Bush Dynasty.

Published by Thriftbooks.com User , 20 years ago
This book is very readable. Pick it up at any page and go. A lot of Sinatras wild exploits are written about. Many are of a negative nature (as many interesting wild exploits are), but there are many references supporting them.The long length of this book, combined with its interesting items, and its ease of reading, make this book great.Truth or not? Who knows to what degree. Certainly there have been enough well documented incidents with Sinatra that the content of this book is not unreasonable to believe.It does focus on his behavior, and life, more than his actual music activities. If that makes this book "tabloid" then fine, it also makes it interesting and readable.For in depth Sinatra music related biographical information, there must be a better book than this.This book is great if you are intersted in the wild exploits of his life. And oh they were wild.The book keeps moving. Its fast (though long). Nothing in the book is uninteresting.

Published by Thriftbooks.com User , 21 years ago
Die-hard fans of the singer will naturally raise skepticism of this read. In addition, Kelly discredits herself in one section of the book that deals with Peter Lawford. She quotes him on a certain date, and it was past the date he bought the farm.However, most of the book is cited with references. And for those in doubt, the inexcusable incident with the employee at the casino in Atlantic City was shown on the CBS Evening News. If you're still in doubt, then you probably still believe that there was no police violence towards Rodney King.If Sinatra's music moves you, as it does myself, then by all means enjoy it. But don't make the mistake of thinking that because someone's talents elicit feel-good emotions, you would love him personally. Entertainers (much like politicians) are supposed to make us feel good.I do take issue with Kelly's not acknowledging him as a great artist, arguably the greatest entertainer of the century. He got to the top not because of connections, but because he was obsessed with his craft, studied the great singers and musicians of the day and perfected a style he invented. If this were not true, there wouldnt be a mass of stars who emulate him, sometimes without even realizing it.In conclusion, for his artistry, read Will Friedwald's book. And on a personal level, beware of those who put up a good front. Who among us have never been mislead by someone who seems angelic on the outside, and then, down the road, we learn the true character. Watch that video of Atlantic City. Giving $$$$ to charities and making sure it gets in the papers is self-serving, serves as a tax write-off, and many of the stars are not connected in the least.

Published by Thriftbooks.com User , 22 years ago
Just like the famous critique of Fred Astaire! (Although it wasn't true of Fred!) I never thought Sinatra was a great singer and Kitty Kelley unravels how and why he unfairly got to the top. His Mafia ties, shocking behavior, and egomania are just a few of the truths laid bare. No wonder all of his jaded fanatic followers are screaming foul! The truth usually hurts and never is pretty. 5 stars to KK for her tireless research and courage to publish her findings.

Book reveals much about our society, not only through music.

Published by Thriftbooks.com User , 23 years ago
One would not expect a Kitty Kelley book about Frank Sinatra to have any great profundity, but *His Way* stands as a major cultural and social document of our times. Sinatra is one of the most-worshipped gods of our age. His life story shows all over again how much misery goes into "lifestyles of the rich and famous," and how much corruption comes out. Sinatra's origins were unromantic. His mother was a neighborhood abortionist. This was an albatross around young Frank's neck. Symbolic of our age, he grew up to personify the "good life" -- the suave, wealthy, hyper-romantic, carefree, yet blues-ridden one -- in his art, while his life embodied many kinds of evil. His mafia connections are well known and, like other unpleasant details of his legend, the book removes all doubt as to their authenticity. The most remarkable thing about *His Way* is in fact the superb job Kelley does of writing and documenting it. She researches and writes like a seasoned college professor. Like most muckrakers Kelley's truthfulness has been called into question, but the book seems entirely trustworthy, especially at a time so many entertainment deities are revealing themselves as tragically flawed or worse. Sinatra, the king of musical romance, bullied, used, and abused women, including his gentle wife Mia Farrow. The worlds of entertainment, crime and politics came together when Frank and company helped get JFK elected President. Frank was supposedly king of the heap himself, but displayed a pitifully boyish awe toward his fellow rake Kennedy, even after he himself helped to "create" Kennedy as president. *His Way* is a chronicle of an egomaniac who knew no restraints. He cause endless harm to others, then wrote them a check to cover their suffering. The moral of the story (every good book still has one) is that we ought to be more careful in whom we elevate as our heroes and "role models." Even those not fond of Sinatra or his swank big-band genre of music will find the book hard to put down. People of discernment will learn much from it as to why life is the way it is in 1999.
Trustpilot
Copyright © 2022 Thriftbooks.com Terms of Use | Privacy Policy | Do Not Sell or Share My Personal Information | Accessibility Statement
ThriftBooks® and the ThriftBooks® logo are registered trademarks of Thrift Books Global, LLC