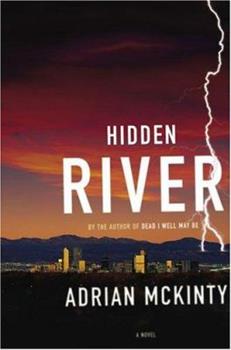 This description may be from another edition of this product. The electrifying noir thriller from a major new talent, in which a young Irish ex-cop travels half a world away to investigate the murder of a beautiful girl he once loved, and whose peculiar sexual...

Published by Thriftbooks.com User , 15 years ago
After Alex Lawson's mom dies he becomes a cop in Ireland. He is soon forced to resign, because while in the drug squad he became a heroin addict and his secret is discovered. He is told that he has to resign and nothing will happen to him. He does just that. Alex is convinced that he is in control of his drug habit, but he gets into some trouble with some drug dealers who want there money and he has no way of paying. As he tries to figure out what to do, more trouble comes; a cop comes and asks him why he resigned. Alex lies and pays, he gets a gun pulled on him and the cop beats him up and says he will be back. Just when everything is bad it gets worse. Alex's dad tells him some bad news. His old girlfriend, Victoria Patawasti, whom he is in love with, has been murdered and the wrong person was put in prison for it. Her parents know that he was a cop and ask him if he would go to America and solve the case. Very hesitant he says he will. They pay for everything, and Alex is away from all the troubles in Ireland. He is accompanied by his best friend who also was a cop, John. When they arrive in Colorado they get there motel. Alex is anxious to fin somewhere to get his drugs. They find out where Victoria worked and interview a worker named Mr. Klimmer. He says that only a few people would be able to get into her computer, where the reason she was murdered is. While Alex and John are interviewing him they come to some difficulties, Klimmer freaks and starts yelling at them to get out and he is about to fall off the terrace, John goes to grab him but it's to late. He falls to his death with several witnesses thinking he was pushed. John and Alex runaway and are being chased by the cops. Alex gets shot in the arm. They finally are in the clear and get on a train, where they meet a cop named Redhorse. He seems to not know anything that's been going on. When the train is somewhere else in Colorado they go to a motel, which is full and the clerk says to stay with a man named Pat. They go there and end up staying with him for awhile. Alex does his drugs and stuff. He gets a job at Victoria's old job. He meets three possible suspects one unlikely. Charles and Robert who are brothers and Charles' wife Amber. He becomes very close to her. She has an affair with him. Alex is convinced that she did not kill Victoria. He goes to his place one night and goes down the hall to Pat's place because John is with Areea, his girlfriend, who is an Ethiopian whose family is illegally in America, and can't afford to be sent back home. While at Pat's, Alex hears something, then he hears a scream. He runs down the hall to his apartment and the door is wide open. As he walks in he sees blood all over, he goes into the bedroom and sees John with a knife through his heart. There is blood everywhere. John points to the closet and then dies. Alex goes to the closet and sees Areea, who runs away. Alex goes and tells Pat what happened and that it's his fault, he was the o

Published by Thriftbooks.com User , 16 years ago
I really enjoyed this one. There are so many thrillers that I love from the start, but at about the halfway point start worry me. Will the ending live up to the promise of the great beginning? So many never do. So many have endings that are obvious, contrived or just silly. Well, Hidden River has a great ending to go with its terrific beginning. The characters are excellent. Young Irishman Alex Lawson is a former star detective, current junkie who left the force under murky circumstances. He is somehow involved in a big investigation and needs to escape for a while. What gets him out of Ireland is the mysterious murder of an old girlfriend many time zones away in Colorado. Alex is a terrific and charming hero, human, not too macho, funny and endearing. I really enjoyed this well-written thriller, which, as thrillers go, is one of the best I have read in a while. Enjoy this one.

Published by Thriftbooks.com User , 16 years ago
What female reader could resist a protagonist like Alex Lawson, smart enough to get into Oxford, quoting the Bhagavad Gita (and the Kama Sutra) with a delicious Irish lilt, yet hobbled with the kinds of self-destructive tendencies that could surely be corrected with the right kind of attention. In Alex, a dark and handsome ex-cop with a bit of a drug problem, Adrian McKinty has produced an all-too-human protagonist who makes the same kinds of poor choices we see around us every day. Even as you want to shake him out of the short-sightedness that leads to an almost fatal series of wrong turns--from sex with a minor to fleeing to America to getting a close friend and a few other people killed--you can't help but admire his persistent desire to pull himself out of the muck and start life again free of his awful past. The final scene attains the level of poetry, as Alex seeks redemption in yet another country. I hope there's a sequel to this book. I'd follow Alex Lawson anywhere, on paper at least. Meanwhile, I've ordered a copy of "Dead I Well May Be."

Published by Thriftbooks.com User , 16 years ago
Adrian McKinty comes from a small town near Belfast and was brought up during what the Irish call "The Troubles". He has written a novel that sings of the Irish tradition, the Irish Culture and the Irish addiction. How he has come to know all of this is a little bit of a mystery, and in the telling of this story we gain a little bit of knowledge of what is in his head. Alex, Alexander Lawson, is a junkie, a heroin addict and an ex-detective for the Northern Ireland police force. At a young age he joined the force and was promoted rapidly in to the detective division, until he was asked to resign for stealing the junk he was hired to protect. What is behind this"? Why would such an intelligent young man allow this to happen? Slowly, ever so slowly we come to learn a few of the reasons. Alex is wanted by the MI5- something is fishy in the drug world of Belfast, and the MI5 wants to know more and Alex is their boy. The MI5 frightens Alex; he can't be imprisoned and he needs to flee. Alex finds a ticket to the US in the guise of discovering just how his first girlfriend, Victoria Patawasti was murdered. The murder took place in Denver, Colorado and Alex and his friend, John are off to solve this murder. One thing after another happens, and Alex becomes involved in an environmental group that Victoria had worked for. There are several interesting people in this group and among them is Amber, the beautiful, blonde wife of one of the owners. But, also, something isn't right in this group, and Alex finds out exactly what the problem is. Within this mess he leaves several dead bodies behind, but makes a friend of Pat, an ex-firefighter who has HIV. Quite a collection of friends has this Alex- some kind, but most of them are dark and well, murderous. Alex is led throughout Colorado and starts to gather evidence that will convict one of the owners of the murder of his friend Victoria. But then something interesting happens, and the killer turns into someone we would never expect. Except we knew this was too black and white- we suspected something was not ok. The drug mess he left in Ireland is explained in several flashbacks and that is how we come to understand. And, yes, well, never mind, read this fast paced, brilliant book for yourself. Adrian McKinty has found a fan. He writes an intelligent mystery full of little bits of this and that, brilliantly executed and then just when you have it all figured out, BAM- you are wrong. Recommended for everyone who loves a mystery, who loves a sexy, violent novel. Enter at your own risk. prisrob

McKinty's Second Novel Even Better Than His First!

Published by Thriftbooks.com User , 16 years ago
Adrian McKinty's second novel, HIDDEN RIVER, is a book with heart, soul, and a bite that would make a great white shark turn, well, green with envy. No kidding! If you thought his maiden effort, DEAD I WELL MAY BE, was good; wait `till you get a load of this one. Combining a lyricism that rivals Chandler, dialogue that sizzles like a rasher of bacon on a hot griddle and a plot that is so hardboiled it's close to petrified, what you get is a novel for the ages. This is one that will be read and talked about in the genre, and beyond, for years to come. HIDDEN RIVER features a cast of compelling and sympathetic characters, including a femme fatale cut from the classic mold: " ... she thanks me with a beautiful smile. Something about that smile, though. Beautiful like a sun-drenched corn-field above a missile silo." What's more, the book also demonstrates the absolutely masterful use of dramatic irony. From the very first chapter, the reader knows who the perpetrator is. Alex, the story's main character, doesn't and it's literally excruciating to watch him make mistake after mistake, miscalculation after miscalculation. Time and again you will want to holler, "stop, don't be such a bloody eejit." But holler all you want, Alex can't hear you. Like all great tragic heroes he's deaf and dumb to your pleas, the inevitable victim and prisoner of his own needs, desires and almost Promethean hubris. Only in the novel's shattering conclusion are Alex's ears and eyes opened and his chains unloosed. But, of course, by then it's way, way too late. "Only the continuity of violence remains ... No one should be surprised ... In the end, all of history's songs will be lost in the depths of time. And the great streams of memory will be as hidden as the rivers of forgetting." From the pelting rain of Northern Ireland, the snowy peaks of the Rocky Mountains and, yes, even to the teeming streets of New Delhi and the squalid shores of the Ganges River, Adrian McKinty tells a story that is so good it hurts. (Even the doses of Hindu mysticism with which the novel opens and closes - and from whence its title originates - work surprisingly well in his hands!). If you read it, you know that this author's first book was remarkable. His second is close to being a masterpiece. Read the full text of this review first published in MYSTERY NEWS (Deecember/January 2005)
Copyright © 2020 Thriftbooks.com Terms of Use | Privacy Policy | Do Not Sell My Personal Information | Accessibility Statement
ThriftBooks® and the ThriftBooks® logo are registered trademarks of Thrift Books Global, LLC