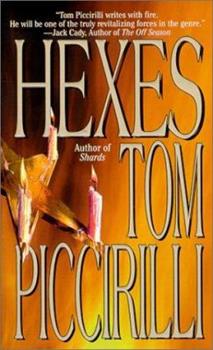 Matthew Galen has come back home to visit his best friend, who is in a hospital for the criminally insane - for crimes too unspeakable to believe. But Matthew knows that the evil comes from a place far darker than his friend's soul.

Evil Isn't Always As Evil Does

Published by Thriftbooks.com User , 16 years ago
As the reader approaches this novel it quickly becomes apparent that there are few untainted souls in Summerfell. And that today's heroes were yesterday's villains in a complex story of damnation for all the right reasons. Something has haunted Summerfell for far longer than Summerfell has existed. And now it has come to roost in the Galen family, in particular on Michael Galen and his friends. Five years ago they unleashed the awful and now Michael has been drawn back to complete the bargain. Michael's friend A.G. has been locked up in Panecraft Asylum after being found clutching the skeleton of a woman on his porch, accompanied by an unconscious boy. He is suspected of having murdered his girlfriend and has chosen retreat as his best defense. Michael returns to find out what has happened and help if possible. The two men share the bond of an unholy witchcraft - and the knowledge that Baphomet is rising, as the Prince of Evil's pentacle is engraved scar by scar on Michael's chest. The madness doesn't stay in Panecraft, which was founded by Michael's father, and was where his mother died. It leaks out into wealthy citizens, policemen, and even the plain folk for whom Michael has always cared. A horrific sacrifice has Michael and his friends searching for another killer, and the events of the present run in haunting parallel to those that drove Michael away five years ago. This time, though, there is no easy walk to safety. Tom Picccirilli does something unique in telling this tale with no attempt at lengthy explanation. We are made conscious of a continuing flow of ritual magic, but we never get bogged down in manuscript and incantation. Instead, the reader is simply transplanted into a world where a perfectly ordinary high school athlete can also be an honors student of the occult. And despite the steady degeneration of the town and its residents, we never lose faith in a hero who is half way to damnation. The author paints with quick, sure strokes. He provides the framework for our own imaginings with enough detail for the reader to bring to life both the town and its somewhat loony characters. In doing so Piccirilli makes the horror all out own in a book that builds to a conclusion that Hieronymus Bosch would have loved. I like the way the visual context is evoked almost effortlessly, but never dominates the story. Instead, you are given every possible opportunity to scare yourself, and sure enough, you do. Piccirilli is one of those rare authors who know exactly what a story needs, and refuses to overdress the plot.

Published by Thriftbooks.com User , 18 years ago
Tom Piccirilli is one of those authors that's at least two steps above most everyone else out there. His writing goes down like fine wine as he pulls you into his dark tales of love and evil; as you start out laughing, then gasping, then cringing in fright. And finally sated and in awe of his language skills.And this book has one of the coolest fictional dogs as a character!

Published by Thriftbooks.com User , 21 years ago
HEXES returns Tom Piccirilli to the top ranks of horror writers. HEXES takes place in Summerfell, under Summerfell and around Summerfell's asylum, Panecraft. Matthew Galen's father created and ran Panecraft...he killed himself and maybe his wife. Matthew leaves, but after 5 years, returns to Summerfell to right some wrongs that happened during his high school years. In between, Piccirilli dreams up some of the most vile, hateful and vivid scenes of horror I've ever read. Think his DARK FATHER was intense? Check out HEXES! Characters that are all too-real, scenarios that are out of whack but realistically rendered and a climax to end all climaxes.. Researched in occultism well, HEXES succeeds on all levels. Highly Recommended.

Fun, Scary Read-Especially If You Know About The Occult

Published by Thriftbooks.com User , 21 years ago
I read this book in a blur of pages. Fast paced and entertaining. Some of the flashbacks could have done with a little more work on their transitions but overall I didn't care. The way Piccirilli writes is pretty damn fresh, and the integration of occult ideas was woven into one hell of a tapestry. But I do think if a reader doesn't have much interest in the occult (or much knowledge of it) then that reader will be kinda lost. But the action was good and bloody, disturbing scenes do tend to pop up. And the ending wasn't a let down. Horror fans rally around this book. Occasional horror fans stick to King or Koontz.

Published by Thriftbooks.com User , 22 years ago
Not living in the US and having access to public libraries, I have been unfortunately unaware of Tom Piccirilli until I ordered Hexes on a whim. And was very pleasantly surprised. Immediately, his writing reminded me of Ramsey Campbell, and I turned to the back to see if the author was American or British. I associated the writing with Campbell for a very specific reason: in this book, the author does not assume that the reader is an idiot, he does not do all of the work for the reader, but lets the latter fill in the blank spaces for himself, spacing his story out in hints and suggestions. I do not find this book excessively horrific, nothing is spelled out in descriptive hyperbole,but I do find it extremely interesting and provocative, in the manner of Black Easter. I think Tom Piccirili is a very fine writer, a great and needed addition to the genre that has included such greats as Poe and MacHen and Lovecraft, and yet still has not gained the respect of the public at large. His characters are believable and well defined, his story is innovative and captivating, and his prose is very literate and well paced.And, gosh, there is actually a moral imperative. I have every intention of buying all of his books.
Copyright © 2020 Thriftbooks.com Terms of Use | Privacy Policy | Do Not Sell My Personal Information | Accessibility Statement
ThriftBooks® and the ThriftBooks® logo are registered trademarks of Thrift Books Global, LLC