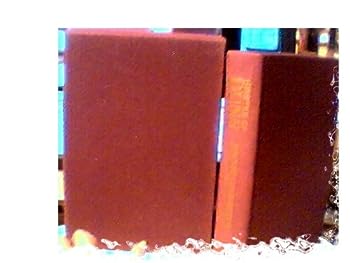 Book Five in the Magnificent Dune Chronicles--the Bestselling Science Fiction Adventure of All Time Leto Atreides, the God Emperor of Dune, is dead. In the fifteen hundred years since his passing, the... This description may be from another edition of this product.

Published by Thriftbooks.com User , 19 years ago
Just as "Dune" and "Dune Messiah" were two books which comprised one story, "Heretics of Dune" and "Chapterhouse Dune" make up a two book story.It is 1500 years after the Tyrant, Leto II was killed. Arrakis, now called Rakis, which Leto had transformed into a lush paradise (and thus killed the worms that supplied Spice) is turning back to a desert, complete with sandworms. Following Leto's death, humankind went to the four corners of the universe, in something called "The Scattering". Now, some of them are returning, in the form of the Honored Matres, wild women who practice sexual enslavement of men, and seem intent on destroying, utterly, anyone who opposes them. The only ones who have any hope of opposing them are the Bene Gesserit Sisterhood who are involved in a project, raising yet another ghola of Duncan Idaho on the planet of Gammu. "Heretics" is an exciting story which focuses on the Bene Gesserits, giving a far more sympathetic portrayal of them than we have yet seen. Two of my favorite characters are introduced in this book: Miles Teg, the sisterhood's military advisor, and Darwi Odrade, a reverend mother who is somewhat of a heretic in the Sisterhood because of her refusal to fully abandon love and sentiment, which are strongly discouraged by the Bene Gesserits.This book recaptures some of the adventure seen in "Dune" and "Children of Dune," and has many warm, interesting, and compelling characters. Herbert tries to portray more of what everyday life is like in the Dune universe, trying hard to depict several cities, and how "average" people go about their lives. Perhaps it is because I am not used to seeing such depictions in his books, but I don't think these worked entirely, and I had a hard time envisioning what he described.The Honored Matres, on the other hand, I had no trouble visualizing. What great villains! They are sinister and genuinely menacing villains, the likes of which we have not seen since the House Harkkonen in the original "Dune."The ending of the book was too rushed, for my tastes, Herbert glossed over most of the actual battles with the Honored Matres. There was something of a cliffhanger ending, at the end, which is sad, because the book's sequal, "Chapterhouse Dune" was very disappointing, capturing almost none of this book's appeal.

Heretics is faithful to the orignal Dune and almost as good!

Published by Thriftbooks.com User , 21 years ago
This is a thrilling novel, pitting the Bene Gesserit against a new enemy, the Honored Matres. Obviously there must be some relationship between an order of women devoted to politics and breeding stock (Bene Gesserit=Well Bred) and a group of fearsome fighting women who unlike the Bene Gesserit, seem not to be addicted to the Spice. The Spice is that drug that creates the ability to see past and future and all the lives encapsulated in one's genes. It's now even more valuable as Rakis (once Arrakis) no longer produces the quantities of Spice as before.And what happened to the Fish Speakers, God Emperor Leto's army after the Diaspora, that time he had forseen when men would be scattered throughout the universe and once again re-invent humanity. Did they become the Honored Matres? Or are the Honored Matres something else?We get a new character here in the style of Paul Atreides, maybe even more successful than Paul; Miles Teg. A descendant of Paul, he is a born general and vital to the Bene Gesserit in their desperate fight to hold onto their worlds against the Honored Matres onslaught. And Duncan Idaho is reborn yet again, this time to serve the Bene Gesserit as he served the Atreides in the past.This book is almost as good as the original Dune, and its successor, Chapterhouse Dune is equally good. Together they make for an exciting set of science fiction novels.

The Dune series hits the afterburners!

Published by Thriftbooks.com User , 22 years ago
I bought this book along with Chapterhouse: Dune (which I have just started) mainly in order to finish the series. Dune itself had disappointed me initially - it is hard for a book to live up to a blurb like "Dune is the finest, most widely acclaimed science fiction novel of this century. Huge in scope, towering in concept, it is a work which will live in the reader's imagination for the rest of his life"! However, I enjoyed it more on later, more careful readings. I was somewhat depressed by Dune Messiah but thoroughly enjoyed Children of Dune, which made more sense (maybe I was just older and wiser when I came to read it). Then came God Emperor of Dune. Oh dear. The main problem with this book was that I couldn't understand why anyone did what they did. I couldn't fathom what this big universal plan for the future of humanity was and what had happened to it at the end - not knowing, of course, that much of what had happened was part of the plan, which was still going on! In Heretics of Dune, the Dune series acquires a new set of bad guys, or rather girls, in the form of the Honoured Matres. However, the familiar ingredients are all in place - everyone double and triple-crosses everyone else, surprises come thick and fast and the underlying scheme is unseen until the end. As in Children of Dune, a slow-burning beginning filled with much scheming, confusion and philosophising suddenly leads to a whirlwind, shocking ending which I doubt I could have expected without reading the back of Chapterhouse (tip: don't buy Chapterhouse until you finish Heretics!). I feel that it is the characters who make each Dune story work or otherwise. In God Emperor, for example, the characters' motivations are hard to see - they do things which make no sense with no explanation. In Heretics, on the other hand, the characters' backgrounds are fleshed out by their remembrances, which helps to make their actions seem more sensible. Chapterhouse awaits, and no doubt all will be revealed.......or, more probably, not.

Published by Thriftbooks.com User , 22 years ago
The first Dune was great... then, it seemed, that the further the series went on, the action was replaced by philosophical rantings. Well, Heretics of Dune returns to the style of the original Dune... plenty of action, not too much philosophy. All of the characters from the first four books (except the constantly recurring Duncan Idaho) are dead, but Herbert brings in a host of cool new characters, such as bashar Miles Teg, the Bene Gesserit Sisters Odrade, Lucilla, and Taraza, and the Tleilaxu Master Waff. Even though I really didn't like the Bene Gesserit before reading this book, Herbert gets you to like them in this one. He also elaborates a LOT on the society of the Tleilaxu, who were only briefly mentioned for the Face Dancers and the Idaho gholas in the other books. If you liked the original Dune, you'll love this one.

Published by Thriftbooks.com User , 23 years ago
HERBERT thought deeply and had the talent to incorporate it into a remarkable series.This book is very good in its own right, with more in depth characterisations. It "humanises" the Bene Gesserit sisters, allowing readers to care abou their fate.Great read.
Trustpilot
Copyright © 2022 Thriftbooks.com Terms of Use | Privacy Policy | Do Not Sell or Share My Personal Information | Accessibility Statement
ThriftBooks® and the ThriftBooks® logo are registered trademarks of Thrift Books Global, LLC