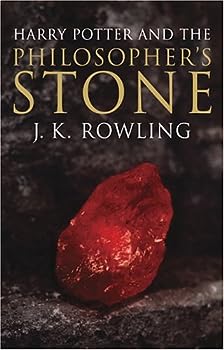 Harry Potter has never been the star of a Quidditch team, scoring points while riding a broom far above the ground. He knows no spells, has never helped to hatch a dragon, and has never worn a cloak... This description may be from another edition of this product.

Published by Gil , 21 days ago
Had seen all the films and decided to read the series. I like the little details of Harry's life so far and how he is becoming a more confident self. Like how Hogwarts is described. Dislike would be Draco Malfoy,.

Published by Robert Helliger , 3 months ago
Harry Potter is not a normal boy. He lives with the Dursley family after the deaths of his parents, Lily and James Potter. When he turns 11, he gets a letter from Hogwarts School of Witchcraft and Wizardry. When he meets Ron Weasley, and Hermoine Granger, and the Groundskeeper, Rubeus Hagrid, they become friends. During the first year, they fight a troll, and they form enemies, like Draco Malfoy, Crabbe, and Goyle. Soon Harry finds out that not all wizards are good; some are evil. Harry Potter and the Sorcerer's Stone is a children's fantasy classic by British author J K Rowling. Read the novel, before seeing the movies.

Published by bri , 5 months ago
such a great read loved it

Published by Mohammad , 5 months ago
Book’s condition was wonderful. My kid liked it. Happy purchase

Published by Christina Blan , 10 months ago
This started a craze for Harry Potter through my entire family. Excellent story that leaves you excited for the next book.

Published by Shiriyuki , 1 year ago
I bought a like new copy and it came very folded front and back. It was blended in some parts of. The rest of the book is fine but it wasn’t what I payed for so it was a little stressful.

Published by Taylor S. , 1 year ago
I ordered a "like new" copy, and it looked like new. All pages were intact, and it looks as if the book has never been opened. There were a few tears in the dust cover, but other than that, I think its a 10/10.

Published by LaShelle , 1 year ago
I was supposed to get a copy of Harry Potter and the Sorcerer’s Stone but a totally different book was sent to me. My daughter, who thought she was about to read a book that was her 11th birthday present, was very disappointed when she showed me her book. It was a white hardback of another novel. I’m a Harry Potter fan and I know what the American Versions hardbacks are supposed to look like. This was the only book in my order that disappointed me.

Published by VJ , 1 year ago
False advertising ... No dust Jacket was included with the book purchase.. Must Read & Great book for kids above 8...

Published by Ebbonymccaskill , 1 year ago
This book came to me in awful condition. It smelled awful and it had water damage. It literally smelled like cat pee

Published by VanessaYasmeen , 1 year ago
I ordered a Like New hardcover and the spine was broken and it arrived without a dust jacket. The only redeeming quality was that it was a good price.

Published by Rachel H. , 2 years ago
Bought it in good condition, received a library copy with writing in it....

Published by Beverly , 2 years ago
Rating is for story Not the "book" I received.

Published by Thriftbooks.com User , 18 years ago
Of course, JKR's first book was the most eye-widening book among the 5 books (up till now) and it's more exciting to read in mother language as it takes time for a chinese to read an english book. (I guess there's no need for me to explain the greatness of the Rowling books) So lets go back to the translation. It's nice (but not great) as this edition is translated by Taiwanese which use lots of slang language which other Chinese-speaking people do not understand. So, personally, I would suggest the Simplied Chinese editon for nicer translation. 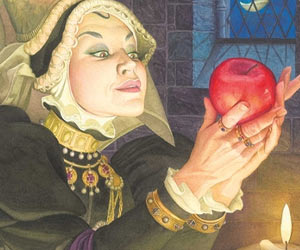 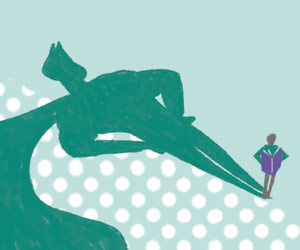 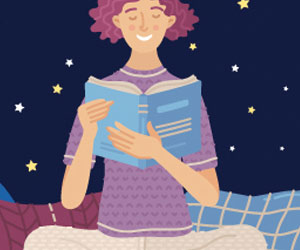 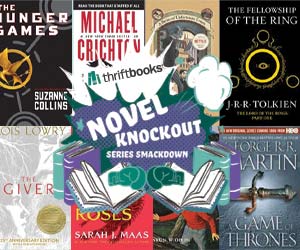 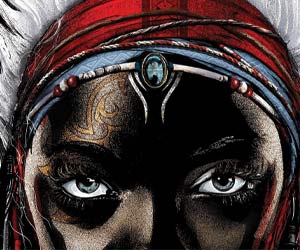 'Children of Blood and Bone' Headed to the Big Screen
Published by Ashly Moore Sheldon • January 25, 2022

Paramount Pictures has landed the rights for an upcoming adaptation of Children of Blood and Bone, the first in the Legacy of Orïsha trilogy by Nigerian-American author Tomi Adeyemi. The bestselling YA fantasy series is inspired by the author’s Nigerian heritage and offers timely, thought-provoking themes.