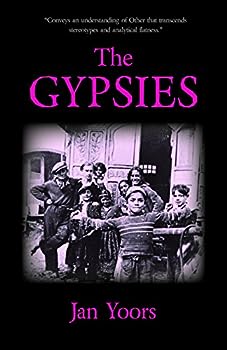 A firsthand, highly personal account of European Gypsies. This description may be from another edition of this product.

One of the best Romani resources.

Published by Thriftbooks.com User , 15 years ago
I am of Romani descent, my ancestors were Czech, and as a girl my great-grandmother told me fascinating stories about her family's nomadic lifestyle. For me, Yoors' work was a continuation of my grannies stories. Of all the material I have read on the Romani, I found "The Gypsies" to be the most concise. Yoors had the amazing opportunity to not only observe the Romani society, but also to be absorbed into it. The readers are given the rare gift of seeing dual sides of the story. Because of his young age, he was able to enter into their society with few cultural biases. At the same time, because he was a gaje he was able to appreciate and embrace the cultural differences. This is a wonderful chronicle of a beautiful culture, which unfortunately is fading fast. For infomation on present day Romani, "Bury Me Standing" by Isabel Fonseca is a great resource.

Published by Thriftbooks.com User , 16 years ago
First I have to admit I am a gaje. However, I have an adopted grandson who is Gypsy. He is from a small town in Hungary near the Russian border. I have read a number of books related to the Gypsys and without a doubt this is absoultely the best as it deals with the lives of the Gypsy rather than the meaningless statistics of them or the hardships they have endured. The book left me with a number of unanswered questions such as what happened to Pulika and some of the others that Jan Yoors was associated with during his travels. I have somewhat of an understanding of why Yoors wrote the book in the manner in which he did because of the phylosophy of the Gypsys and their concept of today, completely disregarding yesterday and tomorrow as well as his deep feeling for those with whom he was associated. I found the answer to my questions by reading a follow-up article which answered most of my questions. That article is located at the following website and I would suggest reading this article only after reading the book. It is most unfortunate that Jan Yoors died at such a young age as he obviously had much to offer humanity in its consideration and accepatance of those who are unlike ourselves, but who at the same time have much to offet our society, regardless of the differences in customs and heritage. My grandson has taught me much about being different, which is a lesson much appreciated. Jan Yoors has done mankind a great service in sharing his experiences with us. God rest his soul and give him peace as the Gypsys would want. The site for a follow-up is http://www.nieman.harvard.edu/narrative/digest/notable/gypsy-mjones-010178-a.html

Published by Thriftbooks.com User , 17 years ago
Jan Yoors parents let the gypies take their child -- literally. That's a lurid way to describe it, but they let him spend his summers traveling with gypsies for many years during his youth. This book tells that story, and it is equal parts transporting magical memories and anthropology. Like many others, I read this book in college 20+ years ago and it has remained a favorite ever since. A few copies of this have passed through my hands, been lent to others, and disappeared. It was out of print for a long time, so it is wonderful to see it available again. Discover this book and I'll bet you lose a copy or two as you recommend and pass it on to others.

Published by Thriftbooks.com User , 22 years ago
Jan Yoors ran away at a young age from his phenomenally understanding Belgian parents and lived on and off with a Lowara gypsy kumpana for many years. Always split between the worlds of the Gajo (European) and Rom (Gypsy) he nevertheless became one of them though never totally abandoning his European heritage. His writing is nothing short of miraculous; lyrical, clear and touching. Jan Yoors also wrote a follow up book (Crossings) about his years in the Resistance during WWII. Both books are truly wonderful. If you read any book about the Romany people, this should be the one.

Published by Thriftbooks.com User , 23 years ago
Refreshing book after all the books I have read on the subject of the Romani. Most books are either academic or journalistic.
Trustpilot
Copyright © 2022 Thriftbooks.com Terms of Use | Privacy Policy | Do Not Sell My Personal Information | Accessibility Statement
ThriftBooks® and the ThriftBooks® logo are registered trademarks of Thrift Books Global, LLC