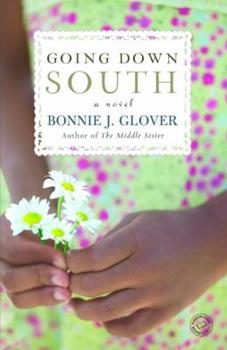 From the author of The Middle Sister comes a heartwarming tale of second chances and the unparalleled love between mothers and daughters. When fifteen-year-old Olivia Jean finds herself in the "family way," her mother, Daisy, who has never been very maternal, springs into action. Daisy decides that Olivia Jean can't stay in New York and whisks her away to her grandmother's farm in Alabama to have the baby-even though Daisy and her mother, Birdie,...

Published by D. Cummings , 1 year ago
This book is amazing. A sweet little girl who got pregnant and was forced down south to live with a grandmother she never met before. Her father refused to acknowledge her once he was told she was pregnant, so mother and father load up with daughter to drop her off before anyone notices the bump in her stomach. But not before the mother ups and take the daughter to have an abortion, but little does she know, her daughter wants to keep her baby. A quick trip of saying hello and dropping off, turned into a "if she (daughter) stays, then so should you (the mother). Grandma insisted her daughter stays with her own daughter, and low and behold, the father is okay with leaving his wife and heading back up north. The mother realizes that the man she married wasn't really the MAN she thought he was. Her own daughter showed her what it meant to birth a child and be proud of your child and not abandon your child just to satisfy someone else. There was so much to be given right there in Grandma's house and both the daughter and mother was glad the trip took place. They found a new place to call home.

Published by Judi Burns , 2 years ago
Three generations telling their stories of parenthood. We live what we learn until we learn differently. This story had a lot of emotions and I did enjoy it. Thank You for sharing your writing talent with us all.

A wonderful southern novel about the connection between mothers and daughters

Published by Thriftbooks.com User , 12 years ago
GOING DOWN SOUTH is a wonderful novel about the connection between mothers and daughters and one that every woman will connect to in some way. I thoroughly enjoyed this book and had trouble putting it down. From the start, when I was drawn to the cover of the little girls innocent hands melted my heart! Every time I picked up the book, it reminded me of the innocence of children and childhood and how quickly that innocence can be lost. This is a story about three generations of women who are all strong, feisty and driven. Through lifes circumstances, they are forced to confront their pasts and to make peace and accept one another. I adored the three women in the story for many different reasons. I liked how the author showed how Olivia Jean, Daisy and Birdie grew and matured as women and how their lives came back full circle to reunite them in the end. There was a wonderful sense of humor and southern style that I enjoyed. I adored Olivia Jean's innocence and wisdom for a young girl. Daisy hadn't realized that the past was holding on to her so tight that to grow she had to release it. Birdie had a bright and vivacious tenacity about her which touched those around her. She was the magnet that drew the women together and helped them to grow as women/mothers. All of the women had a life lesson to learn. I found myself laughing out loud in some parts and then teary-eyed at others. The author wrote the story from the perspectives of these three women and was able to go back and forth between them with great ease. It was an easy story to follow even though there were no paragraphs but just 3 sections from each characters perspective. This worked very well and the story flowed smoothly and effortlessly. The male characters were mainly in the background which made the book quite interesting. The women were the main focus and the men that were in the story showed a full range of character. You had the despicable/evil men and the selfish/dishonest men but there were also several men of strong character and strength who showed great love for these women. I believe that this was done to focus on the women and their stories and their own self discovery about how the men that they have chosen effect their lives. The time period of the book was based in the 50's and 60's and it shared the challenges of the times for black women in New York and in the Deep South of Alabama, a time of segregation. The story was told with great respect of this time period. This is the kind of book that stays with you. After finishing the book I found myself thinking of the characters and smiling as they touched my life by reading their story. I felt a connection to them as a mother and daughter myself. I look forward to reading more books by Bonnie Glover.

Published by Thriftbooks.com User , 13 years ago
For those who enjoy Southern Literature, add Going Down South to your list of must reads. That said, people who tend to avoid this genre might end up enchantment by this story. I was. Bonnie J. Glover, the book's author, brought together three African American characters: fifteen year old Olivia Jean, her mother, Daisy, and her grandmother, Birdie. Each had their very own story to tell. It's the early 1960s when Olivia Jean discovers she is pregnant out of wedlock. Her father and mother pack her up and head down south to Birdie's. Old wounds are reopened and secrets revealed as these three come to terms with their own obstacles.

Published by Thriftbooks.com User , 13 years ago
This book is the cleaverly woven tale of three generations of women who ultimately face each other and themselves due to the unforseen circumstances of one. Duing the first half of the book, we get to know each woman intimately, especially, Daisy and her daughter Olivia Jean. Then, when Olivia Jean gets pregnant, and the decision is made to send her "down south" to live with her maternal grandmother, Birdie, the story heightens as we get to know Birdie, and we witness the journey that evolves as these three women get to know each other and themeselves in a whole new way. Put your seatbelts on and enjoy the ride. This book will keep you hooked!

Published by Thriftbooks.com User , 13 years ago
When fifteen-year-old Oliva Jean becomes pregnant. Her mother Daisy sends Down South to her Grandmother Birdie. But Birdie has other plans that include Daisy, she insists that Daisy stay right along with Olivia Jean. This was a heartfelt novel about three generations of women.Healing the past and paving a new future. I can't say enough how much I enjoyed this novel. Reviewed by Alyssa Mahogany Book Club http://mahoganybookclub.ning.com

Published by Thriftbooks.com User , 13 years ago
"Going Down South" is a wonderful story about motherhood, love, disappointment and redemption. Three generations of women are forced to confront their past and find a way to both heal and accept one another. At 15, Olivia Jean finds herself pregnant and alone. Her mother, Daisy, tries to convince her to have an abortion and when that does not work, Daisy decides that they must take Olivia Jean to have the child down south - a decision made by many parents during the 50's and 60's. To Daisy going back home means facing her mother, Birdie, and the small town and small life she had left behind long ago and had hoped were behind her for good. Daisy hopes to make her trip "home" a brief one until her mother, Birdie, insist that Olivia Jean can stay only if one of her parents stays behind until the child is born. The book also explores the dysfunctional male relationships selected by each of these women. Olivia Jean, who must face the prospect of motherhood alone; Daisy whose husband, Turk, has an eye for other women; and Birdie who longs for a relationship with a man from the distant past. In each case, these women sacrifice themselves in some way for the sake of a man who doesn't meet all of their needs. Glover's mouthwatering descriptions of catfish meals, makes me reminisce about my own Sunday Dinner's with my grandmother. This book would be an excellent selection for book clubs because it explores what it means to be a woman from a multi-generational perspective and takes an empathetic look at the flaws and insecurities in each of us. This is a must read that will make you want to rediscover your own roots.
Trustpilot
Copyright © 2022 Thriftbooks.com Terms of Use | Privacy Policy | Do Not Sell My Personal Information | Accessibility Statement
ThriftBooks® and the ThriftBooks® logo are registered trademarks of Thrift Books Global, LLC