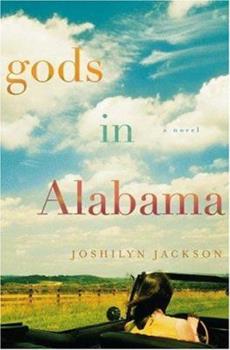 For 10 years Arlene has kept her promises, and God has kept His end of the bargain. Until now. When an old schoolmate from Possett turns up at Arlene's door in Chicago asking questions about Jim... This description may be from another edition of this product.

Published by Thriftbooks.com User , 16 years ago
This book is easy to read, yet the characters are complex and well developed. There is also a mystery that keeps the story moving nicely along with a great suprising and tender ending. Any Southerner will be able to easily relate to the characters, and Jackson has some good points about stereotypes in the South. She seems to accomplish admonishing the racist characters but also making them sympathetic.

Published by Thriftbooks.com User , 16 years ago
I didn't quite know what to expect from this book, I read the backcover quickly and thought I was in for a stereotyped relationship between Southern girl and black guy, and a difficult family. This book is so much more than that. Lena is a great heroine, and we embark with her on a story where she revisits and tries to make sense of her past and how she came to make some difficult decisions. We peel back the layers to understand the role of family, redemption, forgiveness, and how a set of circumstances can influence and impact Lena's and her family's life to such an extent. This is a splendid story. Joshilyn Jackson is one very talented writer and I definitely look forward to reading more from her soon. Very very highly recommended.

How inventive - let's make a deal

Published by Thriftbooks.com User , 17 years ago
I've read plenty of books where the characters made deals with the devil, but this is a new twist by making a deal with God. Naturally, Arlene knew that God would make good on his end, but when ten years had passed, 1/3rd of the deal that God made with her had seemed to be revealed. Arlene told God that if he never let it be known that she killed her highschool's star football player that she promised never to tell another lie, sleep around or go back to her home tome of Possett, Alabama. Arlene's past came back to haunt her. This story is comical and intriguing. You'll enjoy it. You'll also enjoy reading Lust of the Flesh by Beverly Royalt. It has similar storylines and plots as "gods in Alabama" in that they both have a murder and interacial relationship issues that stems around racist families. Both excellent reads.

Couldn't Put It Down

Published by Thriftbooks.com User , 17 years ago
I picked up "gods in Alabama" at around 4:00 this afternoon, only planning to read the first couple of chapters before cooking dinner. Instead I had to force myself to stop long enough to cook and eat and then immediately went back to reading, and finished the book just a little while ago. I loved the characters. Arlene has been described as rough-around-the-edges, but I felt great affection for her. Maybe that says something about me as much as it does her, but I found many things to admire about her. And many of the other characters are at once outrageously quirky and yet very true to the spirit of people I've known in the South (which includes most of my relatives and many of my friends!). The plot kept me turning the pages, wondering what would happen next. It was complex without seeming contrived and some of the twists surprised me. I love when that happens. :-) This book is a keeper that I'll definitely want to read again, and I'm already looking forward to Joshilyn Jackson's next novel.
Trustpilot
Copyright © 2022 Thriftbooks.com Terms of Use | Privacy Policy | Do Not Sell My Personal Information | Cookie Preferences | Accessibility Statement
ThriftBooks® and the ThriftBooks® logo are registered trademarks of Thrift Books Global, LLC