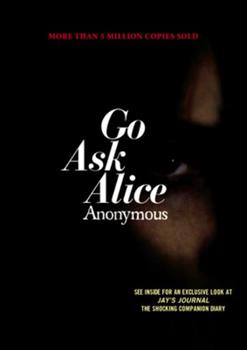 A teen plunges into a downward spiral of addiction in this classic cautionary tale. January 24th After you've had it, there isn't even life without drugs... It started when she was served a soft drink laced with LSD in a dangerous party game. Within months, she was hooked, trapped in a downward spiral that took her from her comfortable home and loving family to the mean streets of an unforgiving city. It was a journey that would rob her of her innocence,...

Quick paced, but keeps you hooked

Published by tr1ppyd0ll , 3 months ago
the most unexpected ending. i started sobbing. the book was in fair condition when i had ordered very good, though it didn’t really bother me. i read the book within an hour & a half, i could not put it down. i really like the way it was written, the format is easy to keep up with. 10/10 recommend.

Published by GabrielsMomma , 4 months ago
I read this when I was in middle school over almost 20 years ago. I remember liking it then. Cautionary tale that would now be a moot point considering what a lot kids/teenagers are like these days...

This book should be a part of the school reading curriculum.

Published by Sepiso LaTanya-Marie Ililonga , 4 months ago
I read this book in Elementry/ Middle School. It should be a required read for young people as it is probably the exact reason as to why (even though my life has had many difficulties) I don't do drugs. I did have a cigarette addiction and if people start to recognize nicotine as a drug, this book would probably prevent a lot of young people from ever starting bad habits. Oh and as for the book, very influential read. I'm 49 years old and still remember this book. I am a former kindergarten teacher assistant, a former daycare teacher, and am related to many English literature teachers which is why I chose to write my book review from this perspective.

This Book is Not "Real."

Published by Lou , 4 months ago
This book was written by a Mormon named Beatrice Sparks. She wrote several other "real" works of fiction about witchcraft, etc., all in diary/journal form. Someone said they would have liked to know the ending....there is no ending; or rather, you can make up your own ending. It will work just as well.

Published by haley , 6 months ago
I think two stars is too generous. I was so excited to read this book for many reasons, but the main reason being that it’s advertised as “a real diary” and I’m probably the nosiest person on the face of Earth. But, I hated this. It was repetitive and boring. And honestly? I truly doubt this was a real diary. I probably would’ve DNFed if it wasn’t for that this book was only 189 pages. The longer entries were insufferable and I skim-read the majority of them.

Amazing book however condition I received is not what I ordered

Published by Kat , 7 months ago
I read Go Ask Alice a few times over the years and lost my copy unfortunately so I ordered it here under good condition and I unfortunately have to the condition of this book I received is quite poor. Front cover is entirely creased up and folded up. Pages are torn ripped etc and seeing that the actually price is on the book and I paid more for it than it’s even worth in this condition is highly upsetting.

Published by Thriftbooks.com User , 21 years ago
Go Ask Alice is based on a true story about a teenager who becomes addicted to drugs. The book is written in diary form, but the author is anonymous. It takes place in the sixties. The story starts off like any other book, with a normal day and a normal family. Like a blink of an eye the main character turns towards drugs, sex, and running away. The first time drugs came into mind was when the main character went to her grandparents for a visit. She was invited to a party, and the kids played a game dealing with bottles of soda. One of the many bottles had a drug in it. It turns out the innocent character had gotten a bottle with the drug inside. This was the start of her whole problem. Many tragedies happen, but what they are I will not say. You have to read the book and find out for yourself. It's a 188 page book of diary entries, and that makes it seem even shorter than it is. The anonymous author was able to connect to me. The character felt like I have in the past. If more teenagers read this book, then they would realize what drugs and sex can do to someone. I'm sure there would be many teenagers turned off of drugs. I for one hate drugs even more. I have seen what could happen to someone. I'm sure other teenagers can relate to the book as well as I have. We all have problems similar to the character. I, for one, enjoyed the book despite the tragedies.