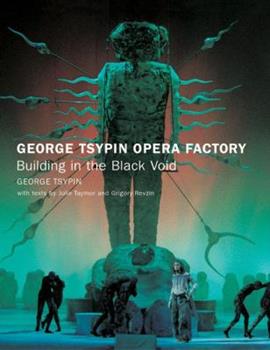 Published by Thriftbooks.com User , 16 years ago
This is a splendid book that makes one hunger for the stage productions depicted. Photographs show a production style that is illuminating, rich, emotional, focused and engaging, and most importantly, which takes in the whole world-view through the prism of the work being performed. One cannot escape such designs nor divorce them from the world in which we live. The soaring yet tortured set for West Side Story (on, of all places, the Bregenz Festival floating stage on Lake Constanze) is a prime example of scenery that grabs you and makes contemporary the tragedy about to unfold. Paradoxically, it creates intimacy, through its monumentality, in a wide-open outdoor setting which could easily have dissipated the emotional force of the play. Mr. Tsypin demonstrates how to conquer ungainly space to let the musical sing with its own voice. And that anxious voice, Mr. Tsypin, a New Yorker by adoption reminds us, harks back not only to Romeo and Juliet, the Jets and the Sharks, but to 9/11, now as much a part of the New York collective unconscious as Jerome Robbins' initial conceit was in its time. Similar connections although to different realities and in different terms can be made about his orchestra placement and the swirling ramp in the Amsterdam Ring (pace the dramatically relevant circular ramps in the Schneider-Siemssen/Karajan Salzburg/Met Rings of another generation). The stage imagery is always connected to some emotional reality within our experience. These are but two examples of the several productions discussed. The riches portrayed in the photographs are many, and make one hungry to see the actual productions. Mr. Tsypin is keenly aware that opera (theatre) design, even if thoroughly "plugged-in" to what is contemporarily or mythically relevant, stands not alone, but, with direction and musical realization, to create a whole greater than the sum of its parts. Some pictures are of design miniatures whereas others are of actual productions. This raises my only reservation about the book: I think it is a bit small. Larger plates would have better conveyed the scale of the designer's work, particularly when actual production photographs are used. Photographs are all excellently reproduced in vibrant colors which (I hope) replicate accurately the nuances of stage lighting. It appears Mr. Tsypin has defined the direction of theatre/opera design for our time, much as Wieland Wagner did for his, as did, in their very different ways, Jean-Pierre Ponnelle and Robert Wilson later on (it is informative to see this book juxtaposed to the Quadri, Bertoni, Stearns book on Robert Wilson). We have certainly moved on. The text including an essay by Julie Taymor who collaborated with Tsypin in the Met's Zauberflote, is illuminating: one can actually see realization of ideas in production photographs. Though on one level this book is art-by-approximation in that there is no substitute for actual performance, it also can stand alone, as a primer on

A must for any artist...

Published by Thriftbooks.com User , 17 years ago
Believe it or not, I bought this book because of my growing interest in film. To me, one cannot divorce theatrical design from movie set design; or for that matter painting or sculpture. The fact is that I find in Tsypin the same inspiration that I discovered in the work of Antonio Gaudi... Yes, an architect even. But, what an exceptional architect! So is true of Tsypin; he's not your typical set designer. Tsypin is another fine example of a complete artist. Like Gaudi, he cannot be simply categorized under one title; he is many things to the craft of designing for the opera. The more I encounter such unique talents, the more I realize the real value of the arts to transcend all manner of professions. Tsypin has offered opera enthusiasts a new perspective and appeal through his designs. He is aided by other highly talented artists, which collaboration comprise a tour de force that is evidenced by the fantastic productions they've put together. I've not been fortunate enough to have attended a Tsypin production and can only imagine the impact that such an experience would have on me, seeing it all in the flesh. But one can still appreciate the exuberant creativity, focused power, and captivating scale of Tsypin's work from this publication. So, if you're into theater then this is a no-brainer. Yet, if you love art and need a "whack on the head" to inspire you to think outside the box then get this book!
Trustpilot
Copyright © 2022 Thriftbooks.com Terms of Use | Privacy Policy | Do Not Sell or Share My Personal Information | Accessibility Statement
ThriftBooks® and the ThriftBooks® logo are registered trademarks of Thrift Books Global, LLC