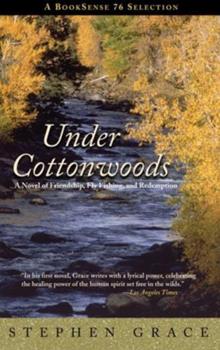 A collection of George Plimpton's finest pieces on the contemporary sports scene. GEORGE PLIMPTON ON SPORTS collects the best writing - the most observant, the most acerbic, the most humane, and the most fun - from George Plimpton's long career as the consummate and prototypical participatory sports journalist. Here are selections that range from golf and bowling to his experiences trying out for quarterback with the Detroit Lions and pitching to...

Published by Thriftbooks.com User , 13 years ago
There may be a billion sports reporters after George Plimpton but there will never be a better one. Plimpton provides the best stories I have ever read about both Vince Lombardi and the Boston Celtics; all of his stories are written with a sound knowledge of sports that pulls no punches, but also with a literary flair that would at first seem to be a mismatch for such topics. One regrettable mistake ... I don't know if made by George himself or his publisher ... but twice on the same page is misspelled the name Mel Stottlemyre, a real shame given that, in the long dynasty of the Old Yankees ending in 1964, Stottlemyre was the very last of its heroes.

Published by Thriftbooks.com User , 15 years ago
I got my title for this review from reading in his book. One story in particular jumps out. It is about a letter to the NY Times written by an enraged Red Socks fan. Plimpton, like many who went to university in Boston was a Red Socks fan. But because of his NY city fame he was invited to be in a Yankees World Series win celebration parade - sitting in an open red MG. He wrote an article about that experience in the NY Times the next day. The Red Socks fan on learning that George Plimpton had been in the parade wrote quite seriously to the Times "We're not going to let Mr. Plimpton in our parade when the Red Socks win next year". I found that very very funny as I am sure Plimpton did. Of course, now the SOX have actually broken the curse, but after Plimpton's death. George Plimpton was born in New York on March 18, 1927 and died in September 25 2003. His father was a successful lawyer and the American ambassador to the United Nations. According to the New York Times his grandfather George A. Plimpton, had been a publisher and the family traced its roots to the Mayflower. He was the quintessential and urbane New Yorker from a background of privilege attending Exeter Academy and Harvard. But with a lot of ingenuity, creativity, and humor he made his own mark in the world. I never met the man myself and I am about 20 years younger. When I was going to college in Boston in the 1960's he was near his peak in popularity and in the midst of making his mark. He was always and interesting read and it is hard to comprehend that he is gone. So it was with some sadness that I bought and read the present book published last year. I bought the book as a gift to myself so to speak. It is just a beautiful collection of selected short stories and articles on sports. The fact that he is gone and has left this behind reminds us all of our limitations in life. It is a wonderful and humorous book like most of his writings, and from time to time uncontrollably so.
Copyright © 2020 Thriftbooks.com Terms of Use | Privacy Policy | Do Not Sell My Personal Information | Accessibility Statement
ThriftBooks® and the ThriftBooks® logo are registered trademarks of Thrift Books Global, LLC