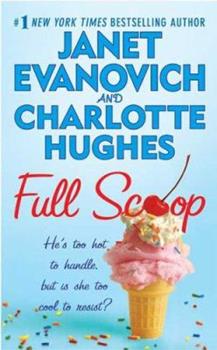 by Janet Evanovich and Charlotte Hughes

Dear Reader: Mercury's in retrograde, and folks in Beaumont, South Carolina are dealing with gossip, scandal, misunderstandings, and more secrets than ever. Local pediatrician Maggie Farnsworth has even bigger worries. Her wild-girl past has caught up with her in the form of her ex-boyfriend, a jailbird who just flew the coop--and is bent on tracking down Maggie and her daughter. Fortunately, FBI agent Zack Madden is on hand for protection. Unfortunately,...

Published by Thriftbooks.com User , 16 years ago
To get a full picture of the characters, you must read the entire series. I believe there are 4 or 5 books in this series. Very nice light reading, always good for a laugh. Love the main character being female and the thought processes that Janet shares are so close to home!

This book is great!!!

Published by Thriftbooks.com User , 16 years ago
I think this was a great fun book and I would highly recommend it to anyone who enjoys reading Janet Evanovich. The entire Full series is enjoyable to read. People should just get over the fact that it is not a Plum book already and give something else a chance. I too love the Plum novels but I think these stories are light hearted and fun and definately worth reading. I really hope she continues with the series. I think the best ones were Full House, Blast and Scoop.

Published by Thriftbooks.com User , 16 years ago
Beaumont, South Carolina is a hot spot again - boiling and bubbling with romance, comedy, and mayhem. Is it something in the air, something in the water? No, simply the combined talents of Evanovich and Hughes who put their imaginations, wits, and abilities to write crackling dialogue to work and, presto - Full Scoop. A bit zany? Yes. But thoroughly entertaining. What eye candy is for the orbs, this book is brain candy for the mind. Nothing deep, nothing disturbing, just mischief enough to entertain. Lorelei King delivers the narrative with charm and a voice that makes for mighty pleasant listening. Many will remember recently married Max Holt and Jamie-Swift Holt. They'd very much like to produce an heir or heiress but there's little privacy in their antebellum mansion which has workmen all but hanging from the ceilings. However, rather than a Max and Jamie story this plot primarily concerns Maggie Davenport, a pediatrician with problems. A former boyfriend of Maggie's has just escaped from jail and pops back into her life after over a dozen years. There's quite a bit about her past that Maggie doesn't want everyone to know, but what to do? Help is on the way with the entrance of FBI agent Zack Madden. Of course, there are a few secondary plots adding to the potpourri of goings-on in Beaumont, even the romantic yearnings of a hound dog called Fleas. Relax and listen - you can't help but smile. - Gail Cooke

Published by Thriftbooks.com User , 16 years ago
I love everything that janet evanovich writes and this one didnt disapoint. It was just a good, fun, and, laugh out load funny book. A teenage girl falls for a bad boy who turns out to be a little more than she bargins for. Then when the girl grows up and starts a good life for her and her daughter she finds out that, that bad boy is now coming back in town; which brings a hot FBI agent to her house and she is not sure how to handle it. After a whole lot of crazy things happen to our old friends(including a visit from Elvis) their lives finally settle down for now until some new adventure comes their way. I dont want to give anything away, but this was a good book that everyone should add to their series.

Published by Thriftbooks.com User , 16 years ago
Maggie Farnsworth learned about medicine at her grandfather's knee and would later follow in his footsteps and become a doctor--in her case a pediatrician. She was still grieving his death shortly after graduating high school when she met trouble-maker Carl Lee Stanton, but even as unsophisticated as Maggie was, she soon realized Carl Lee was dangerous. He proved her right. He commits an ATM robbery that leaves a guard seriously injured and an FBI agent dead. Legal technicalities spare Stanton from death row. Now, 14 years later, Meggie is a respected pediatrician and single mother. The absolute last thing she wants to hear from her old friend Jamie Swift-Holt, is that Carl Lee Stanton has escaped prison and police suspect he's on his way back to Beaumont, SC, for the hidden money. There's a good chance he'll pay Maggie a little visit as well. FBI agent Zack Madden has personal reasons for taking on the case of finding Stanton. Zack's step-father was the agent gunned down all those years ago. But Zack does not share this information with Maggie when he moves into her home to protect her and 13-year-old daughter Mel. Zack and Maggie do not count on being so attracted to each other. I have followed this series from the first book, and although I have enjoyed all the old characters, Max and Jamie who are now married and trying to get pregnant, and Frankie and DeeDee who now have a baby, I really loved these new characters. Even though the book has tense and scary plot situations, the humor keeps it lively and more than entertaining. Zack and Maggie are "magic" together. Maggie's daughter is an average teenager who is embarrassed over everything and she has a lot to be embarrassed about in this hilarious story. Maggie's nurse, a root doctor, is a hoot since she has a habit of putting hexes on people. Destiny is funny as always, but especially now because of astrologicall changes that create romance as well as havoc in Beaumont. Destiny is on the run from a bait shop owner named Freddy. Even Fleas falls in love with a little goat. The prison escape is just as funny when Carl Lee and his prison pal pick up a hostage who dies on them. As if that weren't enough, there is an Elvis impersonator convention in town. I love the series because I can always count on getting a good laugh, and this book was no different. Some of the scenes brought tears to my eyes because they were so funny! I can't wait for the next one!
Trustpilot
Copyright © 2022 Thriftbooks.com Terms of Use | Privacy Policy | Do Not Sell or Share My Personal Information | Accessibility Statement
ThriftBooks® and the ThriftBooks® logo are registered trademarks of Thrift Books Global, LLC