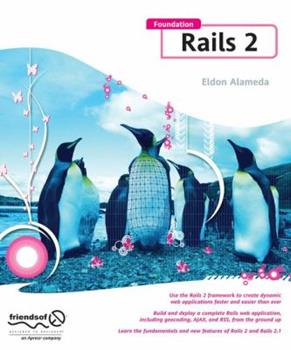 Rails is a phenomenally popular framework for building web applications. This book is specifically written for the latest release of Rails (Rails 2 released December 2007). It covers the fundamentals of Rails programming from the ground up in the successful Foundation style. It is written in a friendly and approachable manner for web developers rather than being a dry programming book.