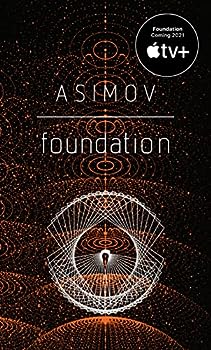 The first novel in Isaac Asimov's classic science-fiction masterpiece, the Foundation series THE EPIC SAGA THAT INSPIRED THE APPLE TV+ SERIES FOUNDATION - Nominated as one of America's best-loved... This description may be from another edition of this product.

Published by Thriftbooks.com User , 20 years ago
The Foundation Trilogy is my favorite sci-fi book series, and also my favorite work by asimov. The first book in the series, Foundation, is concerned primarily with two concepts. The first is the concept that history repeats itself over and over again, and that just as great empires fell in the past, the same problems will in the future aflict empires once they become too big. And naturally after the fall of a great empire, chaos ensues. The other concept this book describes is the theory that science and mathematics are capable of predicting the trends in complex systems such as large groups of people. I am going to be honest. This book was revolutionary for its time, and a great many famous sci-fi writers were inspired after reading this book. I know that I personally could never look at world governments the same way after reading this book. It truly opens your eyes to tendancy of people to make the same mistakes over and over again, repeating the same patterns on a large scale. And not only is this book easy to read and greatly thought-provoking, it is also great fun. It uses Asimov's trademark style. Little violence, even less sex, but a great plot and lots of cool technology. If you take science fiction at all seriously, you owe it to your self to give this book a read.

The "War and Peace" of science fiction.

Published by Thriftbooks.com User , 20 years ago
I still remember being intimidated by this book when I was in grade school. You see, Asimov was what "smart people" read. I also remember the summer that I read the entire trilogy, it was the first time that I was completely immersed in a satisfying, intelligent, alternate reality. Epic, is the only way to describe this opus. Starting in a Galactic Empire that is starting to slip into decline, then on to the monastic settlement of the Foundation and it's mission to preserve the best of the old civilization, then on to the recivilization of the ruins of the old Empire. If I recall correctly, it takes around 1000 years, but without the foundation it would have meant 10 times more chaos and darkness. It is the sense of mission and purpose that holds the whole thing together. And if you like mysteries and surprises, there is the matter of the Second Foundation.... Asimov wrote this when he was pretty young. He still had an unshakable faith that science could accomplish anything. Indeed, he saw a traditional clockwork universe that a sufficiently great mind, like Hari Seldon, could mathematically unlock. Later on in his writing Asimov matured- until he saw the galaxy itself as a living, evolving organism- a grand Gaia hypothesis. One other thing, having grown up in New York, I think young Asimov saw himself as Hari Seldon in seeing a decadent and declining civilisation before anyone else. You know, he may just have been right....

Published by Thriftbooks.com User , 23 years ago
This series generally has total enthusiastic acclaimation. Those very few who criticize the Foundation "Septology", are nit pickers. They are so enthralled with the concept behind the story, that all they can do it find the flaws, which include a detached perspective (it is written as history after all!), lack of depth of female characters, etc. The reality is, how many books can you give a 10 year old, or a 70 year senior, and be ensured both will enjoy it equally, even if they already have read it?Asimov was in his early 20's when he wrote this, and modern readers forget this was pulp fiction. My only negative is the complete lack of insight as to our society's current computerization, leaving this subject vague and mysterious.It is refreshing to read a series so fresh in its approach, and "psychohistory" is still an incredible, yet realistic, concept.The Seldon moments, which are a highlight of the series, contain an unexplained mystery, namely "Did Seldon create his Hologram appearances beforehand, just letting the Second Foundation-ers time their release, or were the Holo-appearances complete fabrications created by the Second Foundation-ers to keep the Psycho-Historical time line on course?"So not only read this initial series, but all of the books around it! If you read Sci-Fi, this is one of the MUST reads for ALL Sci-Fi readers. the worst you will come away with is "wow, incredible, but maybe if it also had...". You will be thinking about the book afterwards for weeks or even months.really.

Foundation Mentions in Our Blog 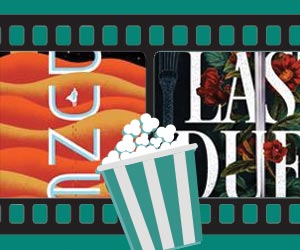 The Great American Read on PBS
Published by Beth Clark • August 03, 2018
The Great American Read is a PBS series that explores and celebrates the power of reading as the core of an ambitious digital, educational, and community outreach campaign designed to get the country reading and passionately talking about books. One hundred books, to be exact, so as promised, here are the next 20!
Read Article
Trustpilot
Copyright © 2022 Thriftbooks.com Terms of Use | Privacy Policy | Do Not Sell My Personal Information | Cookie Preferences | Accessibility Statement
ThriftBooks® and the ThriftBooks® logo are registered trademarks of Thrift Books Global, LLC