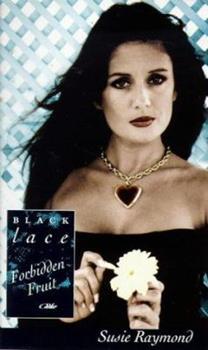 Sexy and experienced Beth is in her work changing room when she discovers that she is being secretly scutinised. A 30-something divorcee, she veers between excitment and shock when she realises that it is 16 year old Jonathan who is watching.

Gives a whole new meaning to the term "boy toy"!

Published by Thriftbooks.com User , 18 years ago
What is the ultimate fantasy? To many people, the ultimate fantasy is having an affair with someone forbidden. Beth, the protagonist in this enticing novel, knows a bit about tasting the forbidden fruit. When she discovers that sixteen-year-old Jonathan spies on her as she changes from work to regular clothes, she cannot contain the mixture of shock and excitement coursing through her. (Sixteen is the official legal age in the UK.) Beth finds it difficult to resist Jonathan's charisma and young swimmer's body, but she knows that encouraging him is wrong. So she sets out to punish him for his voyeuristic habit, but what transpires is an insatiable and downright sinful game in which she discovers her femininity and sexuality through the eyes of her young lover...The subject is rather dark and taboo. This book could shock a person who's never read erotica before. However, a seasoned reader of this obscure genre could appreciate the psychological implications in Beth and Jonathan's steamy affair. Beth is thirty-eight years old and rather inexperienced, for she's only been with one partner, her ex-husband, in her entire life. With Jonathan, she shatters all of her inhibitions while at the same time turns Jonathan into a selfless and seasoned lover for his young age. There were times in which I didn't know who was in charge of whom, even if Beth was the one who called the shots. At first, I felt sorry for Jonathan, for it seemed that Beth was toying with his emotions, but the ending more than makes up for Beth's unorthodox behavior. As said earlier, Forbidden Fruit is an extremely shocking novel, but also thought provoking and memorable. The building of tension between the two characters is second to none. Susie Raymond is a great author and I look forward to reading her other titles. By far, this is one of the best Black Lace novels I've read. Bravo for releasing this risque novel.

Published by Thriftbooks.com User , 20 years ago
Do not walk ... RUN .. to buy this Black Lace book because I am sure, like other marvellously modern erotic books like 'Out of Bounds' by Mandy Dickinson are out of print and selling used copies for 33 bucks. This book deals with a divored 38'ish Beth in the UK who discovers the 16 year old son of the owner peeping though the keyhole as she changes after her shift at the shop. Beth, at first, is a little miffed at this and decides to stop the little perv and walk in on him in the bathroom with, well, lets just say matters in hand. Rather than being able to stop the young Johnathan, Beth finds the whole thing very very naughty and interesting, and, rather than stopping these activities starts to buy hersef young sexy underthings, and, in effect go on the hunt to fill a void in her own 'little eperienced' sex life. Rather than telling Johnathans parents about the activities of their young son, Beth decides that she will punish him for breaking into her privacy ..... The resulting encounters are so delicious and so erotic that had I been Johnathan, at that age, receiving the attention and the so delicious punishments that Beth meted out, I am sure that they surely would have had to put me away as a simpering idiot ........ Susie Raymond, the author, has manged to, forgive the pun, put her finger on great erotic wrinting skills in the inexorable and gradual build up of sexual and emotional tension before the players actually complete the final delicious act. As well, the spice of sins of the flesh reach red hot when we see a supposedly 'worldy' woman in her prime decide that she really does want to taste that 'forbidden fruit'. You see, the kicker is that Beth, although married before could also in effect be considered as a 'virtual' virgin since her sexuality never really has awakened before Johnathan ..... Susie Raymond and Black Lace have outdone themselves in this book which I would consider as one of the best, hottest and most delicious modern erotica stories around ....... bar none ....

Published by Thriftbooks.com User , 22 years ago
An exciting tale-worth a look, if nothing else than the sheer fun of a light summer read..

Published by Thriftbooks.com User , 23 years ago
This is a great one! The first one in this series that I have read and it made me want to buy more. Definately worth a read!
Trustpilot
Copyright © 2022 Thriftbooks.com Terms of Use | Privacy Policy | Do Not Sell or Share My Personal Information | Accessibility Statement
ThriftBooks® and the ThriftBooks® logo are registered trademarks of Thrift Books Global, LLC